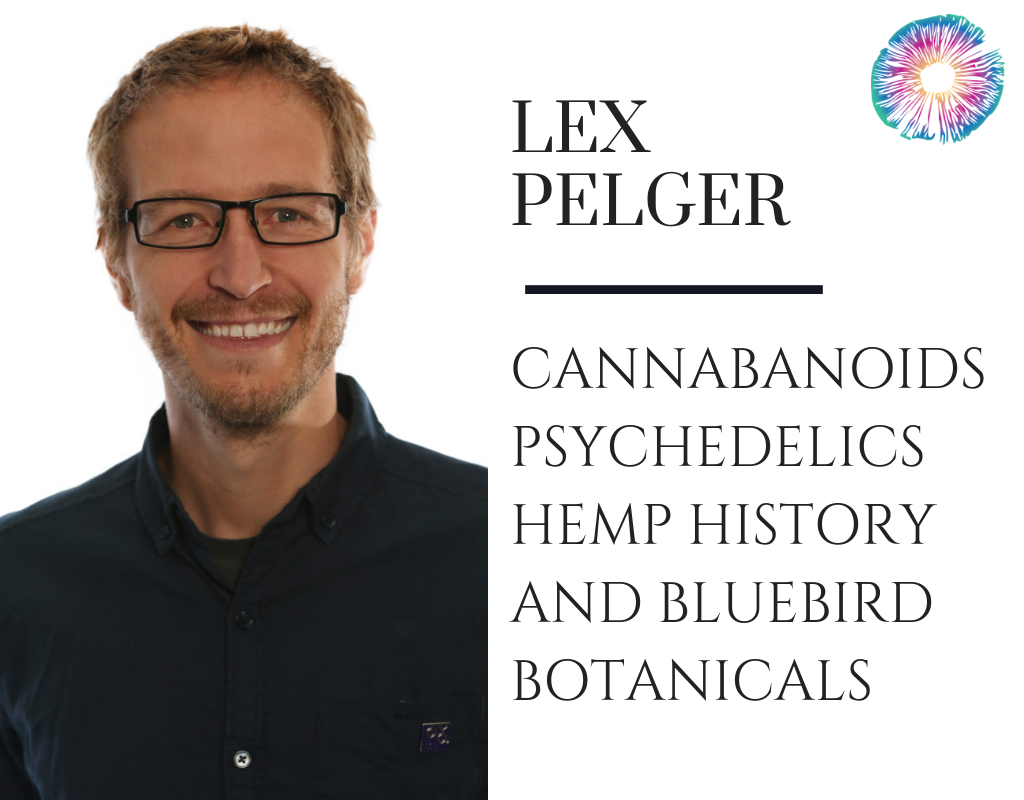 Intro
Joe interviews Lex Pelger, Science Director of Bluebird Botanicals, a Colorado-based company. They talk about CBD and the issues with the FDA talking about health benefits. The use cases of hemp and drug war are discussed.

Who is Lex Pelger?
He is a Science Director of Bluebird Botanicals. Lex moves from New York to Colorado. He did a psychedelic storytelling open mic tour (Blue Dot tour) across the USA and it culminated at the MAPS Psychedelic Science Conference. Moved from the hustle of New York to Colorado to have his baby.

The Cannabinoid
Lex gets excited the more he learns about how intricate the endocannabinoid system is to humans and all mammals
Bluebird Botanicals doesn’t make any medical claims
CDB supports health and homeostasis
The cannabinoid system was discovered in the body only 25 years ago
Opium and Cannabis were the two oldest plants used in the body
There isn’t anyone connection for cannabis, because there are so many receptors in the human body
There is a ton of research happening on cannabinoids
Lex thinks the research ban on phytocannabinoids is unfortunate
Cannabis and cannabinoids are the most studied drugs in the US
CBD functions as a homeostasis molecule
Anandamide was the first endogenous cannabinoid discovered in the human brain in 1991 by a team led by Raphael Mechoulam in Israel
Raphael Mechoulam discovered the final structure of THC in 1963
CB1 Receptor in the brain was discovered in 1991 also

CB1 Receptor
If the CB1 receptors are blocked in a human or animal, they won’t get ‘high’ on weed
The presence of CBD doesn’t allow THC to fully bind to the CB1 receptor, so when CBD is present in THC, you won’t get quite as high
Lex thinks it’s unfortunate that because weed has been in prohibition, it has been bred so hard to only have THC
He thinks all weed should have a little bit of CBD to cushion the psychoactive nature of THC

The Endocannabinoid System
Joe says there is no profile to test the endocannabinoid system to know if a person is deficient or not, that he knows of
Lex says if you get your genetic results from a company like 23 and me, it will tell you about your cannabinoid alleles
A bad trip to a young brain can damage it forever
The activists that annoy Lex are ones that refuse the obvious negatives
Weed should not be given to all children

The ‘Right to Fly’
Jonathan Thompson – Psychedelic Parenting Blog and Podcast
How to create a community on psychedelics
Noah Potter – Psychedelic Law Blog
An open-source thought experiment in psychedelic law and policy
“This plant is tied down by so many regulations” – Lex
In the state of Colorado, you can’t make new genetics
Lousy laws made it hard to diversify the cannabis plant
Lex believes Aldous Huxley’s book The Island is the best blueprint for what a sane integration of psychedelics and psychoactive might look like.
Lex says people taking mushrooms in the woods together is so special, simply because a group of people is spending 6-8 hours with nature and with each other.

Bluebird Botanicals
Many different products – isolates, oils, vape juice, and topicals will be back soon
Independent Lab Verification
Leading the industry with third-party lab results
Transparent about ingredients, NO pesticides used!
Paired with Eurofins – world’s biggest testing lab
Bluebird partners with the farmers, packaging partners, etc to be green and more eco-friendly always
CEO Brandon hears about a new point of quality to be added, he goes for it
Passed 99% inspection quality, CGMP
Lex thinks its so nice to work for a company that focuses on giving back to the customers, focusing on employees, quality, the planet, and just giving back

CBD Drug Law Changes in California
The regulations restrict being able to add CBD to food, which goes is against the 2014 Federal Farm Bill
Bluebird is on the board for the US Hemp Roundtable – Hemp Policy
Jonathan Miller – Lawyer of the group and writer to address misinterpretation of the law
“It’s foolish to have the 1950’s 1960’s mindset of cannabis” – Joe

Marijuana vs Hemp
Both are cannabis plants
Cannabis is the species, THC is more than .3% THC, Hemp is less than .3% THC
“If a state inspector comes in and tests 6 samples and the results come up as .4% or .5%, they make you burn it. They don’t burn it for you, you have to burn it yourself while you watch.” – Lex
Cannabis is tricky to grow for commercial use
It takes 3 generations for the plant to get used to the environment
“Thank you, farmers, for being farmers” – Joe

2018 Farm Bill
Mitch McConnell majority leader of the Senate, is pushing this because he comes from Kentucky, the Hemp state. The Senate version of the Farm Bill is correct, the House version has none of the correct language in it. McConnell and the pro-hemp committee will hash out the differences between the two bills. This Bill expands on all of the rights so it makes it look more enticing and safe for big businesses like Whole Foods and Banks. This bill is going to open up many markets.

Hemp as an Industrial Product
“What’s really cool about hemp is how widespread the uses are” – Lex
The Hemperor, Jack Herer discovered all of the uses for the hemp plant
Oil and plastic did win, hemp did not win as a top 10 commodity
It’s a hard plant to work within the processing stage
Thomas Jefferson stopped growing hemp because the retting stage was too hard on his slaves
Hemp is not going to change all the markets it’s been said it will transform
Lex says hempcrete is fascinating. Using hemp as lubricants, bath bombs, and just the seeds are fascinating uses
The Russians and the English fought in a war over access to hemp
Hemp is a rope that doesn’t get destroyed by saltwater, fueled the world’s Navy
Fiber is so important, and hemp as a fiber was widespread
Hemp seeds are a perfect mix of essential fatty acids
Hemp seed made pigeons breed more
Joe says there was a huge tradition of people eating pigeons
Agriculture is so bad for topsoil, hemp can help repair our lands for us to keep surviving
Hemp is a holy material in Korea
Joseph Needham layed out all of China’s inventions and explained that the founders of Daoism had a cannabis-induced ‘dream’ and envisioned the first Daoist school where Yin and Yang came from

Lex’s job as a Science Director for Bluebird
Lex does a lot of education around CBD, Cannabinoid science conferences
His passion for cannabis stems from his grandma’s medical condition
He wanted to find a way to describe the cannabinoid system for elders to understand
Lex is thankful for groups like Erowid, who sit down and interview our elders
Lex tells a story about a man who took LSD in the woods, and fell to the ground and felt one with the trees, felt himself rooting down, and felt complete. He never forgot that feeling
Lex thinks that a person should be stable before embarking on a psychedelic journey
“Huxley says that therapists are attracted to psychedelics because of their own dark icebergs” – Lex. He thinks that therapists should be A gatekeeper, not THE gatekeeper

Cannabis can cause catalepsy in people – which makes one ‘blackout’
90% of cointel pros were against the Black Panthers
Hoover feared them because they were black and he was racist
They were extremely effective
Lex explains that the war on cannabis has a racist framework, Nixon said “Because black people use cocaine and hippies use cannabis, we can use it against them”
Lex goes on to talk about the history of the CIA, which puts its money into drug trade because it’s untraceable, they protect the drug lords to use it for their own financial benefit
He says the CIA and DEA are inefficient bureaucracies
“Our belief at Bluebird, is we have to end the war on drugs. It’s not a war on drugs, it’s a war on people. The war on drugs is incredibly effective at doing what it was designed to do, and that was to hold, certain people groups down”
Joe comments saying that there are babies being born and being brought into this world. He appreciates Bluebird for having proper business practice

Final Thoughts
Lex finished his Moby Dick Pot books about the endocannabinoid system and the war on drugs He says he based them on Moby Dick because it was the only thing large enough to fit the entire history of cannabis and war on drugs
He does the Greener Grass Podcast for Bluebird which includes topics on cannabis and green initiatives.

He is also a part of the Psychedelic Salon
http://www.lexpelger.com/
https://bluebirdbotanicals.com/

Kyle and Joe were recently featured on the Ascended Minds Podcast to talk about Psychedelics Today, breathwork, harm reduction, and more! Check it out 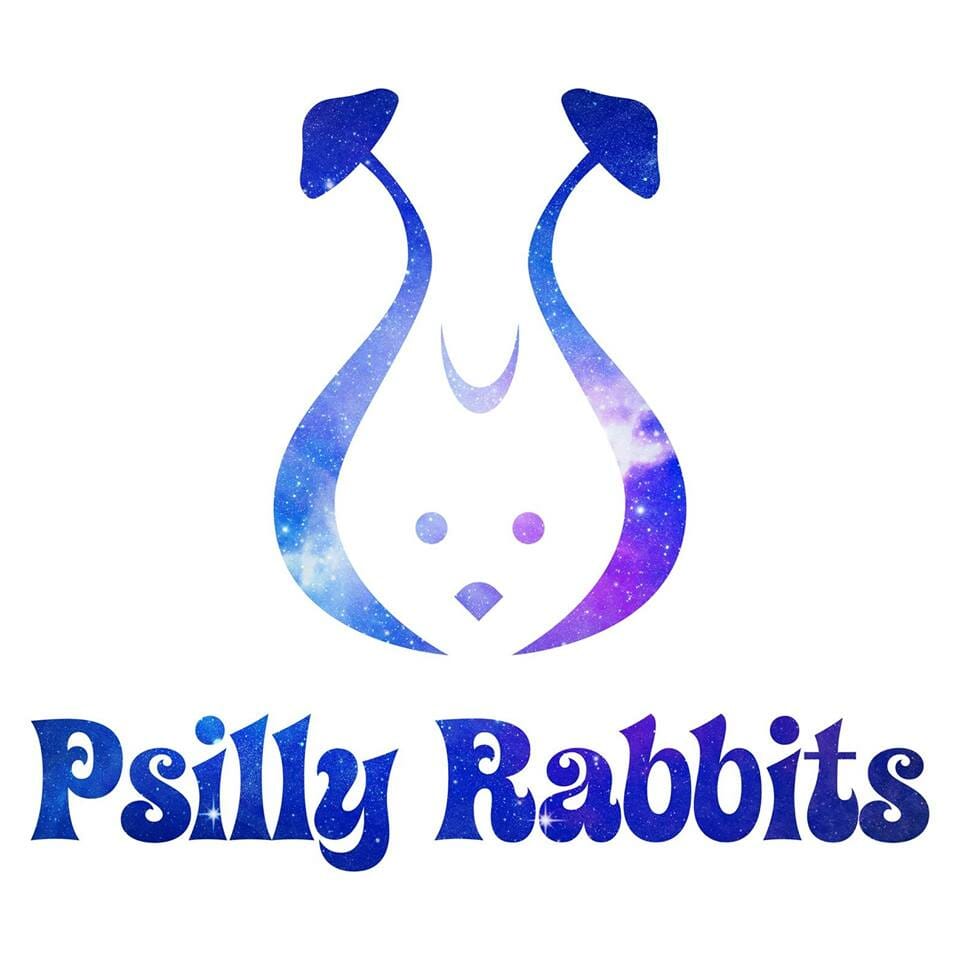 Kyle was featured on the Psilly Rabbits podcast hosted by

Check the episode out here: Kyle on Psilly Rabbits

This week Cody is joined by the co-host of Psychedelics Today Podcast, Kyle Buller. Kyle and his talented partner Joe Moore, just launched a new online course Navigating Psychedelics, Lessons on Self-Care and Integration. We of course discuss psychedelics, as well as NDE’s, holotropic breathwork, Stanislov Grof, shamanism, integration, and much, much more.

Psilly Rabbits are endemic to the Pacific Northwest.  Psilly Rabbits discuss philosophical and experiential topics from an interdisciplinary approach, often interviewing professionals and specialists in many different fields of expertise.  From Alchemy to Zen, Ethnobotany to Aliens, and History to Myth; we always come back to altered states and the nature of consciousness.  Sustainability is another important factor in the life of the psilly rabbit.  Every episode will be heavily referenced when appropriate, and you can check out our reference page for links to any books mentioned here or just plain important according to these podcasters.

Amanda is a student of History, Philosophy, and Religion.  They are graduating this spring and are interested in mycology, ethnobotany, chickens, water, and worms.

Cody is a permaculture designer, history buff, LDS survivor, and amateur mycologist.  He is interested in researching ancient, esoteric, and lost practices in hopes that such knowledge can help lead humankind towards a more sustainable and healthy future for generations to come.