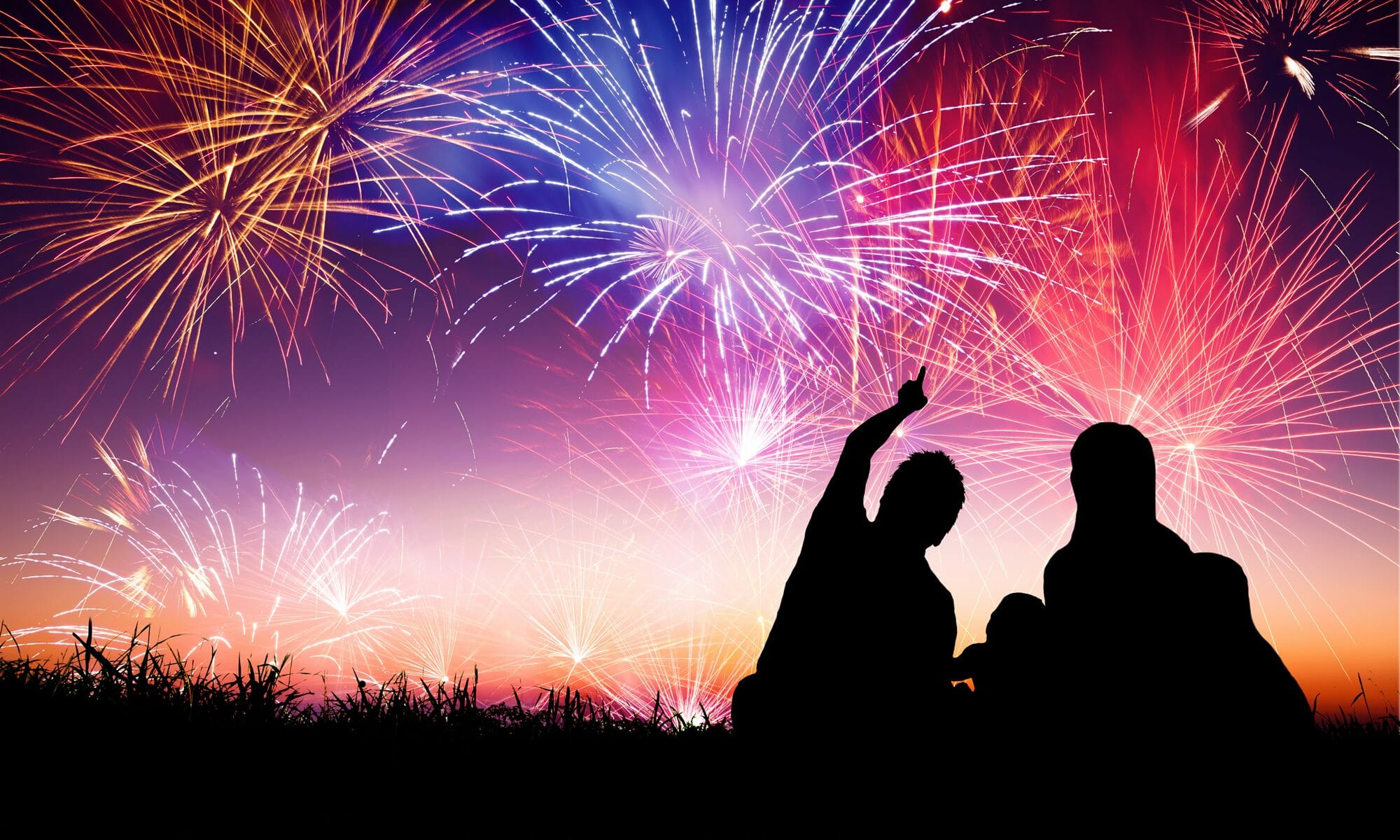 The 2020 U.S. election has brought several significant wins for proponents of drug policy. Presidential and pandemic madness aside, these wins deserve to be celebrated. Here are the most significant changes this election has ushered into law.

1. Psilocybin Mushrooms Have Been Legalized in Oregon

For the first time since they became a Schedule I drug in 1971, psilocybin mushrooms have attained legal status in a U.S. state. With nearly a 56% majority, Oregon’s Measure 109, referred to as the Psilocybin Services Act, has significantly altered the psychoactive fungi’s future in the state, and quite possibly the nation.

Psilocybin’s newfound legality in Oregon carries important caveats: mushrooms will be legal only within state-regulated “psilocybin service centers,” their use will require supervision by a state-licensed facilitator, a preparation session will be required, and participants must be over the age of 21. Thus, it would be more accurate to state that under the umbrella of the Oregon Health Authority (OHA), regulated psilocybin mental health services will now be legal in the state.

The OHA will establish the specific protocols- i.e. supervisor training requirements and dosing standards over the next two years. So long as universal implosion has not transpired by 2022, we will witness the formation of a legal service in the United States that committed psychonauts of the last many decades never could have anticipated.

So, Oregon will not suddenly become a haven for independent growers holding ecstatic dance bashes and selling their flushes to flannel-wearers far and wide. It will, however, set the standard for psilocybin-assisted mental health services in the United States. Given that the Schedule I label has long classified mushrooms as having “high potential for abuse” and “no currently accepted medical use,” a successful implementation of these treatment facilities could pave the way for large-scale changes in propaganda-informed prohibitions long embedded into federal law.

For the sake of a bad pun at the expense of one of two U.S. Presidents most responsible for these prohibitions, let’s celebrate Measure 109 as a loss for the Gipper, and a big win for the Tripper.

Beyond the psychedelic-specific world, Oregon has made another huge move in ending the war on drugs with the passing of Measure 110. The measure, which passed with nearly a 59% majority, effectively decriminalizes non-commercial possession of small amounts of some of the most heavily penalized drugs in the country, including cocaine and heroin.

To clarify the significance, Oregon’s previous classification of non-commercial possession was a Class A Misdemeanor, which was punishable with up to a $6,250 fine and one year in prison. That has now changed to a Class E violation. Instead of potential imprisonment, folks possessing small amounts of these substances will have the option to pay a $100 fine or receive a “completed health assessment” at an addiction treatment facility. According to the measure, these treatment services will be paid for “in part by the state’s marijuana tax revenue and state prison savings.”

This is a huge win for those fighting the oppression of the war on drugs on several fronts. Not only are penalties far less life-destroying, but the state is actively shifting the ethos of criminality around substance use that has dominated the nation for decades into a model of rehabilitation and social service. Within this shift is the recognition that substance addiction is not reducible to moral failures of the will, but rather a mental health illness that often requires external intervention to heal.

Now, it’s key to remember the difference between “legalization” and “decriminalization.” Mushrooms, for instance, were famously decriminalized in Denver in 2019. This meant that they remained a Schedule I illegal substance, but the prosecution of their possession became the city’s lowest law enforcement priority. The potential ambiguities of this nuance were cast in sharp relief when Denver’s infamously boastful mushroom grower/distributor Kole Milner was raided by the DEA five months after the initiative’s passing. Milner was charged on one account of possession with intent to distribute, and last month, Milner pleaded guilty in hopes of reducing his sentence to six months in prison.

The goal in sharing this isn’t to freak you out or be a downer. It’s to remind you to be mindful and careful during this propitious phase of drug policy reform and evade the pitfalls of Icarus’ ill-fated hubristic flight.

A final implication of Measure 110 is that while psychedelics may be the substances of choice for readers of Psychedelics Today, it can be dangerous to over-glorify psychedelics at the expense of other drugs. Engaging in this “psychedelic exceptionalism” can unconsciously perpetuate and embed racially-motivated, propaganda-induced stigmas around “bad” drugs. As Dr. Carl Hart told Psychedelics Today, “It’s just wrong to vilify people for wanting to alter their consciousness and the particular drug that they use, especially when you’re doing the same thing with another drug.”

At its core, using any substance is choosing to alter consciousness. Measure 110 opens a big door on the long route toward making that choice an essential human right, while simultaneously recognizing and addressing the potential for harm that substance use invariably opens.

One of the most high-profile chapters of the Decriminalize Nature movement has been Washington D.C.’s Initiative 81. Yesterday, the initiative passed by a landslide, with 76% of voters casting a ballot in its favor.

The initiative effectively decriminalizes the “non-commercial cultivation, distribution, possession, and use of entheogenic plants and fungi” in the nation’s capital, a category defined as “species of plants and fungi that contain ibogaine, dimethyltryptamine, mescaline, psilocybin, or psilocyn.”

Initiative 81’s passing makes D.C. the fourth U.S. city to decriminalize entheogens, and the fifth to decriminalize psilocybin. (Denver’s Ordinance 301 was limited to psilocybin mushrooms.) As with the decriminalization measures of Oakland, Santa Cruz, and Ann Arbor, the D.C. initiative renders the enforcement of laws against natural plant medicines among the lowest law enforcement priorities.

The decriminalization movement’s continuing spread through the U.S. has not come without controversy. The Indigenous Peyote Conservation Initiative (ICPI) and the National Council of Native American Churches (NCNAC) have spoken critically of the decriminalization movement, citing histories of oppression and mistrust of these non-Indigenous measures that could further threaten peyote, their sacred and endangered medicine. In March of 2020, these organizations made a specific request that decrim movements remove the word “peyote” from their initiatives. While Initiative 81 mentioned “mescaline,” the psychoactive chemical of peyote, the phrasing appears to have respected this request.

Cannabis is now legal for adult recreational use in four more states: Arizona, Montana, New Jersey, and South Dakota (South Dakota!). On top of legalization, Arizona’s passed measure will also allow for people previously convicted of particular cannabis-related crimes to clear their records. With these four added to the roster, cannabis is now legal for adult consumption in fifteen States.

South Dakota and Mississippi legalized cannabis for medical use as well, making South Dakota the first state to pass medical and recreational laws under two separate measures in the same election. These advances now bring the total number of states offering some form of medical access to thirty-five.

In their debriefing of these changes, the Students for Sensible Drug Policy (SSDP) wrote, “By 2022, we could end U.S. federal marijuana prohibition.” The fight to end the war on drugs is far from over, but each new policy is a crucial step toward an optimistic conclusion.

2020 has been quite a turbulent flight for many, if not an intergalactic rocket on constant verge of explosion. All predictions of where the world is headed appear to have collapsed into cosmic uncertainty. Nevertheless, amidst the turmoil these curated algorithms of frantic news churn and sell, significant changes in drug laws continue to take effect in unprecedented propulsion.

With these new laws in mind, as well as MDMA-assisted psychotherapy’s legal forecast set for 2023, the landscape of substance use and normalization is shaping up to look radically different by the mid-2020s. Plenty of folks are going to need some help rebounding from this seismic maelstrom we are collectively navigating. For those who often sink into despair lamenting the global situation, perhaps it’s helpful to remember that these new options are adorning the tables of expanding possibility.

Sean Lawlor is a writer, certified personal trainer, and Masters student in transpersonal counseling at Naropa University, in pursuit of a career in psychedelic journalism, research, and therapy. His interest in consciousness and non-ordinary states owes a great debt to Aldous Huxley, Ken Kesey, and Hunter S. Thompson, and his passion for film, literature, and dreaming draws endless inspiration from Carl Jung, David Lynch, and J.K. Rowling. For more information or to get in touch, head to seanplawlor.com, or connect on Instagram @seanplawlor.