Psychedelics and the Default Mode Network 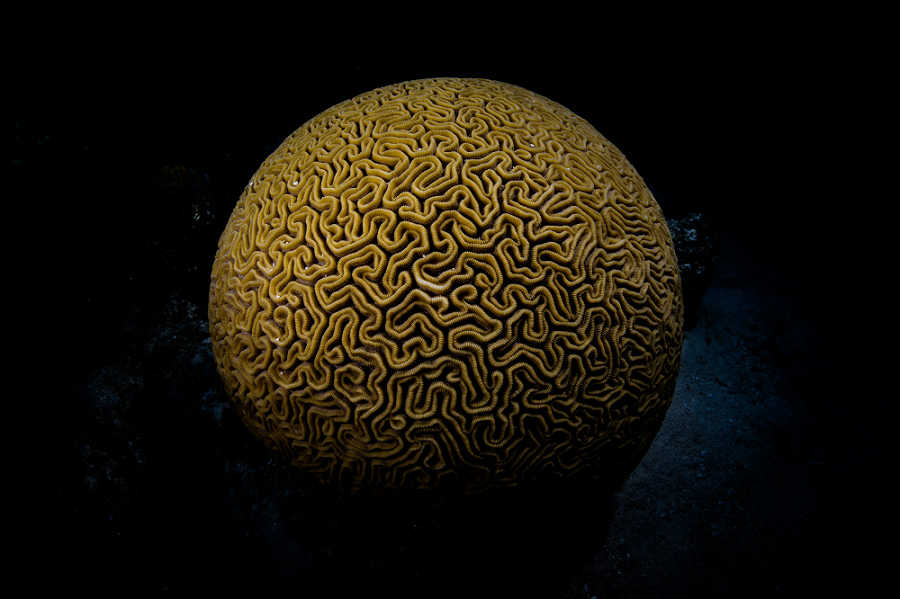 Modern neuroscience has demonstrated that psychedelics such as LSD, psilocybin, the active ingredient in magic mushrooms, as well as ayahuasca operate to significantly reduce activity in the brain’s default mode network (DMN). This reduction in DMN activity functions as a kind of ‘rebooting’ of the brain, and is thought to be linked to one of the most enduring therapeutic effects of psychedelic substances.

What is the Default Mode Network?

The default mode network refers to an interconnected group of brain regions that are associated with introspective functions, internally directed thought, such as self-reflection, and self-criticism. Increased activity of the DMN is correlated with the experience of mind-wandering and our capacity to imagine mental states in others (i.e. theory of mind) as well as our ability to mentally “time travel”, projecting ourselves into the past or future.

The functioning of the DMN is considered essential to normal, everyday consciousness and is at its most active when a person is in a resting state and their attention is not externally directed on a worldly task or stimulus. For example, if you put somebody in an MRI scanner and don’t give them anything to do, their mind will start wandering and you will see the regions that make up the DMN light up.

The functional connections that make up the DMN increase from birth to adulthood, with the DMN not being fully active until later in a child’s development, emerging around the age of five as the child develops a stable sense of narrative self or “ego.”

Evolutionarily speaking, it has been hypothesized that the DMN plays a major role in our survival, helping us form a continuous sense of self, differentiating ourselves from the world around us. The DMN has been described by psychiatrist Matthew Brown as the part of the brain which serves to “remind you that you are you.”

The DMN has been found to be particularly overactive in certain mental health conditions, such as depression, anxiety, and OCD. Matthew Brown likens DMN overactivity to experiences of “hypercriticality”, “rigid thought patterns”, and “automatic negative thought loops” about oneself.

Imagine that you are at a party, telling a joke that gets met with an awkward silence. Initially, people might think “Oh no, that wasn’t so funny,” but they tend to quickly move on to the next leg of the conversation, forgetting about it entirely. However, you go home that evening, finding yourself completely unable to sleep because you are wrought with worry about the bad joke you told, what a fool you appeared to be, and how others might be judging you harshly for it. This is a classic example of DMN overactivity and the negative thought patterns which tend to be visible in people who suffer from depression, anxiety, and OCD.

How Do Psychedelics Affect the Default Mode Network?

Psychiatric doctor and ayahuasca researcher Simon Ruffell likens the effects of psychedelics on the DMN to “defragmenting a computer.” When you ingest a psychedelic, activity of the DMN is significantly decreased whilst connectivity in the rest of the brain increases.

“Brain imaging studies suggest that when psychedelics are absorbed they decrease activity in the default mode network. As a result the sense of self appears to temporarily shut down, and thus ruminations may decrease. The brain states observed show similarities to deep meditative states, in which increased activity occurs in pathways that do not normally communicate. This process has been compared to defragmenting a computer. Following this, it appears that the default mode network becomes more cohesive. We think this could be one of the reasons levels of anxiety and depression appear to reduce.”

Due to psychedelics’ ability to disrupt the activity of the DMN, they have a particularly strong therapeutic potential when it comes to changing negative thought patterns. For example, a study by Imperial College London assessed the impact of psilocybin-assisted therapy on twelve patients with severe depression. Results demonstrated that psilocybin-assisted therapy was able to dramatically reduce their depression scores for a period of up to three months.

A follow-up study suggested that the therapeutic impact of psilocybin was linked to its ability to ‘reset’ the DMN, turning it off and reconsolidating it in a way that is a little less rigid than before.

In general, it has been shown that psychedelics produce increases in psychological flexibility, positing another explanation for why we see decreases in depression and anxiety following a psychedelic experience. Based on what we know about the DMN, we could hypothesize that it plays an influential role in one’s ability to be psychologically flexible.

Matthew Brown gave an analogy for how psychedelics are able to reset the DMN, enabling an increased sense of psychological flexibility:

“If you do the same thing repeatedly, it is like you are walking down the same path all the time. Naturally, that path becomes very well worn and easy to walk down. However,  you realize that maybe there is another path that might be more advantageous for you and you want to try walking down that path. Psychedelics ‘mow the lawn’ so that it doesn’t seem that the weeds are quite so high and you can walk down that new path a little bit more easily.”

Psychedelics tend to disrupt the activity of the DMN, temporarily disintegrating the highly organized system of networks that it is made up of, allowing for “less ordered neurodynamics”, and a greater degree of entropy within the brain. That is to say that open, freer conversations begin to take place between brain regions that are normally kept separate.

According to the ‘entropic brain’ theory, the state of consciousness associated with psychedelics is comparable to that which exists in early childhood – we experience awe and wonder, looking at everything in the world around us as wholly novel.

These findings are in line with writer and philosopher Aldous Huxley’s early reflections on the psychedelic experience, in which he described psychedelic consciousness as “Mind at Large” in that it grants us access to a larger set of brain functions, allowing us to tap into an unbounded state of consciousness which extends beyond the individual and into the collective. He theorized that in order “to make biological survival possible, Mind at Large has to be funneled through the reducing valve of the brain and nervous system.”

In this case, we can think of the “reducing valve” as a metaphor for the DMN which in some sense serves  “to protect us from being overwhelmed and confused by this mass of largely useless and irrelevant knowledge, […] and leaving only that very small and special selection which is likely to be practically useful.”

In 2016, a breakthrough study by Imperial College London used a combination of neuroimaging techniques to measure electrical activity and experiential reports from participants to investigate the link between brain activity and reported psychological responses to LSD in twenty volunteers.

Results demonstrated that LSD dampens the function of the DMN, and that this decrease in activity strongly correlated with the subjective experience of “ego dissolution” or “ego death”, indicating that the DMN performs a vital part in sustaining the “ego” or “self.”

Similarly, researchers at Johns Hopkins University published a pioneering study, demonstrating that psilocybin is able to produce mystical-type experiences in participants, such as the experience of ego death. These experiences were considered to be deeply meaningful by participants and were seen to elicit sustained positive changes in attitude and behaviour.

Generally, it’s our ego – our sense of “I” – that tends to create and harbor negative thought patterns. In conditions such as depression and anxiety, we become self-absorbed, narrowly focused on thoughts about ourselves, unable to take a step back and see the bigger picture. The ego erects boundaries that can lead to us feeling isolated from the people around us, disconnected from nature and even ourselves.

In a state of ego dissolution, these boundaries are let down and a great “zooming out” takes place where you begin to see things on a macroscopic level. You are no longer an individual isolated from life as it takes place around you, but rather you are interconnected with everything through the web of life. It is not a logical, but rather a felt experience of incredible love and reconnection.

When asked about the therapeutic implications of having an experience like ego dissolution, Matthew Brown explained that it can be tremendously healing as our consciousness is able to extend itself beyond the confines of our individual experience, and become one with nature’s larger whole.

“You realize that you are extremely insignificant, and perhaps that sounds defeating. However, it can be very freeing to realize that you are just one human who is existing for a very small blip of time in the grand scheme of the universe.” — Dr. Matthew Brown, DO, MBA, ABPN, Child, Adolescent, Adult Psychiatry

It is important to note that although experiences of ego death can lead to deep personal insight, and thus have therapeutic benefits, they can also be terrifying. Author of Changing our Minds, Don Lattin reminds us that ego death can be a “fearful and/or enlightening experience” that “depends in large part on whether mind travelers are ready for the journey, what baggage they bring along, and who’s accompanying them.”

Perhaps what is most interesting about the ego death experience, and the temporary rewiring of the brain enabled by psychedelics, is the long-lasting, enduring therapeutic effects that remain beyond the temporality of the drug. The resetting of the DMN combined with the powerful experience of ego death induced by psychedelics are often described as amongst the most meaningful of experiences in a person’s life. Such experiences help us to break free from negative thought patterns, become more psychologically flexible as well as dissolve the barriers between ourselves and the world around us, realizing our place in the interconnected web of life.

Jasmine Virdi is a freelance writer, editor, and proofreader. She currently works for the fiercely independent publishing company Synergetic Press, where her passions for ecology, ethnobotany and psychoactive substances converge. Jasmine’s goal as an advocate for psychoactive substances is to raise awareness of the socio-historical context in which these substances emerged in order to help integrate them into our modern-day lives in a safe, grounded and meaningful way.