Psychedelics in Your Neighborhood 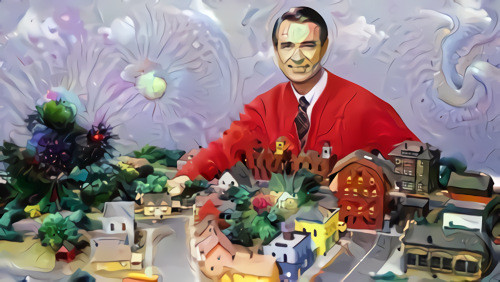 The psychedelic revolution is upon us. After receiving an FDA “Breakthrough Therapy” designation for psilocybin (a hallucinogenic compound in magic mushrooms) and MDMA-assisted psychotherapy against treatment-resistant depression and post-traumatic stress disorder (PTSD), hallucinogens are finally finding place amongst the most viable psychiatric protocols of the modern-day. With appropriate dosage, set and setting, psychedelics have demonstrated unparalleled clinical efficacy in alleviating symptoms of some of the most prevalent and pressing psychological disorders and afflictions—depression,1,2 PTSD,3 substance abuse and addiction,4,5,6,7 obsessive-compulsive disorder,8 anxiety in the terminally ill…9,10  The list goes on. And whether its the decriminalization of psilocybin by Denver and Oakland, new strides in clinical research with MDMA, or microdosing LSD to enhance corporate creativity in Silicon Valley, I open the paper to a new headline every day. The reach of these psychedelic agents is great, and only becoming greater.

With the second advent and accruing legitimacy of these therapeutic tools, we are confronted with an entirely new era of psychiatry and consciousness studies. It is the marriage science and spirituality, or, in the words of UCLA psychiatrist and psychedelic researcher Charles Grob, a form of “applied mysticism.”11 Under the auspices of integrative medicine, individuals are benefitting tremendously from psychedelically-occasioned mystical-type experiences. They are afforded feelings of unity, euphoria, vastness, unbridled love, and profound peace and joy.12,13,14 Also referred to as “plant teachers” and “entheogens”—literally translated to that which “releases the divine within”—psychedelics seem to open us up, to expose us to ourselves and the entire palette and majesty of existence, and then return us graciously to our more familiar form of being, endowed with an enhanced capacity for the fundamental human tenets of empathy, love, and compassion.

Undoubtedly, then, it is an exciting time — But a provocative and precarious time at that. There is still so much to know. So we must learn from the lessons of our psychedelic past, temper our excitement, and exercise faith and patience in the gradualism of empirical science. In order to fully realize the potential of psychedelics in psychological healthcare, we must all act together, slowly, steadily, and with altruistic intention.

As a recent undergraduate, I completed an independent Senior research project on the biochemistry of hallucinogenic mushrooms, in order to do my very small part. Word got around that I was studying psychedelics, even quicker than you would expect at a small liberal arts college in the middle of a rural farm state. To strangers, I became “the girl who studies shrooms,” and I did not mind.

Magic mushrooms? Spirituality? And Biochemistry? At an academic institution? How could that be?

To those inquisitors, I was prepared and passionate to discuss my findings. But I never could have anticipated the explosion of interest and many thoughtful inquiries I did receive.

My email inbox was deluged with “your research,” “looking to connect,” or “coffee?” subject headings, from people of all walks of life—those that fit the psychedelic archetype, and those remarkably unsuspecting or straight edge; those in tie-dye and those in polo shirts; students of every grade and social circle, athletes and artists, of red and blue states, all races, religious ideologies or lack thereof, and socioeconomic class; professors of music and mathematics, biology, economics, gender studies, and yes, of course, physics and poetry. Many were already knocking on Alfred Huxley’s Doors of Perception and finding that their particular variety of everyday existence just wasn’t cutting it anymore.

I was startled by how many were curious to try psychedelics, or were already actively exploring the subtlest realms of their unconscious mind; how many aspired for a better understanding of themselves, or felt spiritually deprived and were seeking validation or comradery of the soul; how many sought antidote to their feelings of anger, alienation, or dissatisfaction in “recreational” psychedelic use, and spoke with me in crisis of the psyche, believing there is and wanting more.

I wondered, is this a time of collective awakening and curiosity, but occurring behind closed doors? According to the 2010 National Survey on Drug Use and Health, 17% percent of people surveyed between ages 21 and 64 reported lifetime use of one or more psychedelics, LSD, psilocybin (magic mushrooms), mescaline, and/or peyote.15 That is an estimated 32 million Americans tripping. People are doing psychedelics — on a therapist’s couch, in National Parks, in your very own neighborhood streets. And, consistent with accounts from clinical therapeutic psilocybin and MDMA trials, people are having extraordinary revelations. They are experiencing undiluted joy or traversing phantasmagorical landscapes of kaleidoscopic complexity. Some are enduring adversity there, confronting buried traumas and subconscious discontent, while others come face-to-face with God. Some experience an extinction of self, sheer terror, or utter bliss. Psychedelics are reawakening individuals to life, and sometimes, to love as its essence. And upon return to baseline “consensus reality,” many don’t quite know what to do.

The majority of those with whom I spoke or exchanged emails with were concerned with reintegration. They were apprehensive of the applicability of their psychedelic insight into day-to-day life. Put simply, they worry, where to put all the love? How to incite this change?

And I hope we can agree, it is sad that this dilemma exists. That inspired individuals struggle to find practical or quotidian applications for newfound senses of interconnectedness, peace and joy. Many feel estranged or paralyzed in the aftermath of a psychedelic experience, under the impression that their come-to-God realizations or mystical musings are not compatible with their preexisting way of life. Some worry that if they speak of their journey, eyes will roll, and their story will be met with skepticism. People do not feel adequately supported, socially or societally.

One friend of mine, a highly successful financial analyst in his mid 50’s, wrote to me after a particularly potent psilocybin journey, “society is not a place for the loving. It is ill-compassionate in conception and now character. And I am afraid I will be called a hippie.” I, too, struggle with this. My goal is to become an integrative psychiatrist, but I have been counseled to refrain from mentioning psychedelic research in my medical school application. I am not supposed to speak openly about my belief that hallucinogens are tremendous tools for personal transformation, or of the love and gratitude I have been afforded by incredible psychedelic insights of my own. I am not Michael Pollan and lack his immediate credibility. How may we legitimize our curiosity and excitement?

I believe the power to do so is in the hands of the people. By practicing acceptance, acting with kindness, cultivating community, and welcoming the return of psychedelic voyagers with open ears and arms, we, as an evolving society, may eliminate the stigma. We may realize the full potential of these medicines, in and outside of sanctioned medical settings. Because let’s face it, people are tripping anyway. Much like clinical psychedelic-assisted therapeutic models, in which debriefings are held, explorers of the mind may benefit from similar sympathetic settings to decompress, review and reflect, to derive meaning from their experience, assimilate and grow. In the absence of a mediating shaman or psychiatrist, by default, this responsibility may be assumed by friends and family. People should not be left to confide only in “the girl who studies shrooms.” Not to mention, risks associated with psychedelic use are most pronounced when used recklessly and/or in unsupervised settings. The likelihood of experiencing panic and paranoia of potentially lasting psychological detriment, or of injury or fatality due to impaired judgment, is reduced in safe and supportive physical session environments, which we may create and hold for one another.

May we remain leery and methodological regarding the process of legalization, then, to the extent that it does not inhibit personal growth, freedom of expression, cognitive liberty, and the propagation of love. While psychedelics are finding their rightful nook in modern medicine and perhaps, impacting the lives of some you hold dear, we should engage in communion, and indulge in the most effectively human thing about us, our ability to care and connect. To give and listen and learn. Hopefully, someday soon, there will be formal research and psychiatric training facilities, providing comfortable, secure environments for sensible psychedelic use. But in the meantime, may we embrace this important avenue of self-exploration, by being there for one another.

11) Grob, C.S. 1994. Psychiatric Research with Hallucinogens: What have we learned? Yearbook for Ethnomedicine and the Study of Consciousness 3.

14) MacLean, K.A., Johnson, M.W. and Griffiths, R.R. 2011. Mystical experiences occasioned by the hallucinogen psilocybin lead to increases in the personality domain of openness. Journal of Psychopharmacology 25(11): 1453-1461.