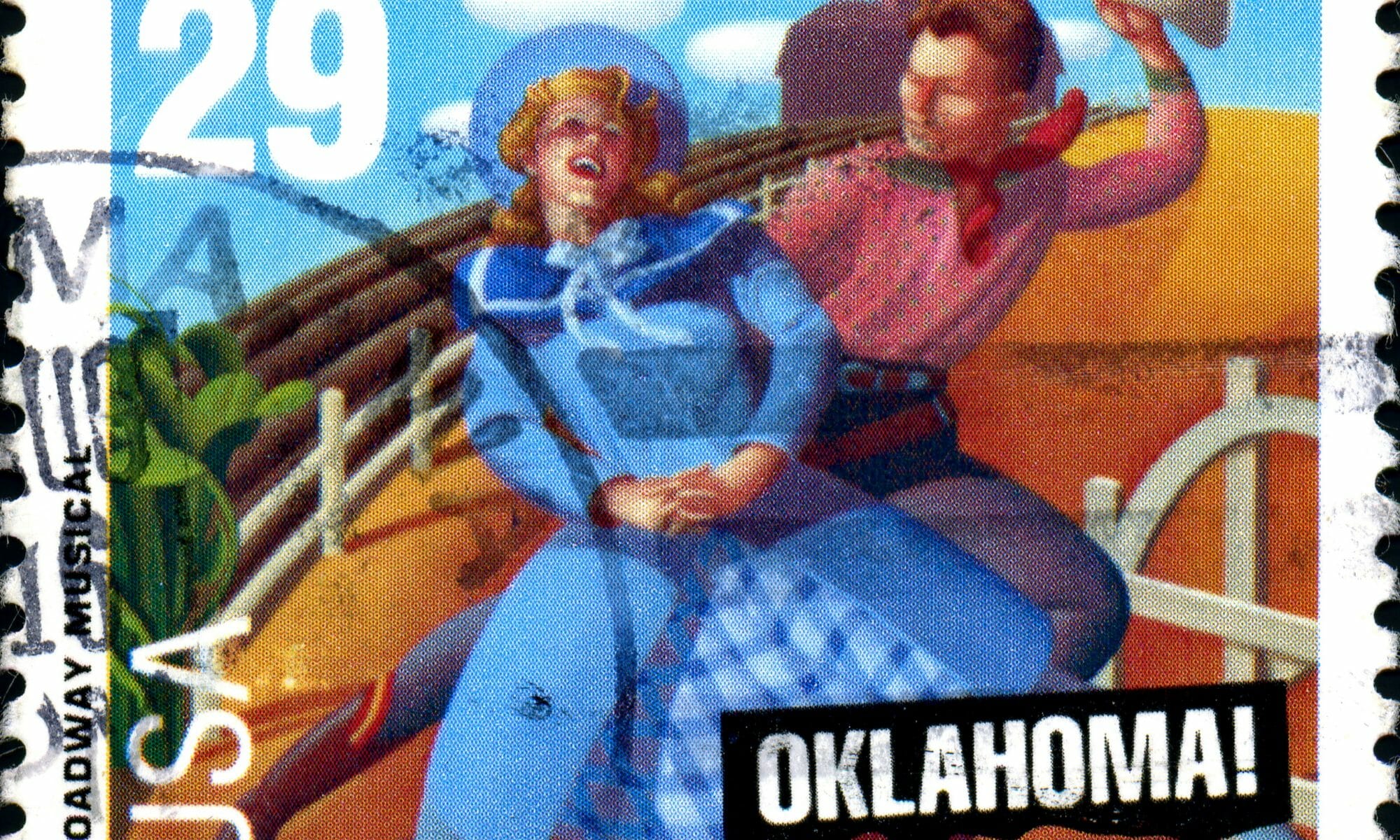 Our regular contributor on legal matters explains how the nascent psychedelic pharmaceutical industry and grassroots reformist movement could work together to achieve both their goals, read to the majesty of the classic American musical, Oklahoma!

Interested in learning more about the legal side of psychedelics? Then sign up here to receive info on our upcoming FREE series: Religious Use of Psychedelics in the United States.

In my last article, I introduced the idea of crafting the Uniform Plant and Fungi Medicine Act (UPFMA), which could be employed as a public initiative or adopted by state legislatures as a solution to the local piecemeal reforms and slow and improbable response from the federal government to make traditional entheogens lawful outside of religious use. I am happy to report that a team is assembling to undertake drafting UPFMA.

This, of course, begs a serious and important question: Who’s going to pay for that? Cue music…

“Oh, what a beautiful morning!” …. it would be to see the burgeoning psychedelic pharmaceutical industry back and support UPFMA. Why? Because, like the cowman and the farmer, the pharmaceutical industry and the grassroots movement can be friends. In fact, they need one another. No need to struggle with your feelings over cowboy Curly McLain and farmhand Jud Fry, Laurey. You can have both!

This is no mere minstrel show; this is serious stuff. Consider:

UPFMA’s promise is to provide a uniform model body of law, akin to other uniform model laws (e.g., the Uniform Commercial Code) for state reformation and regulation of plant and fungi medicines. Amongst UPFMA’s goals are to promote further options in health care, responsible use, freedom of choice, elimination of the underground market, and personal and public safety, through state adoption of a uniform reformation law that will span the gulf between prohibition and total deregulation via a reasonable regulatory structure. The model we hope to write is intended to be adoptable either by state legislatures, or by public initiative campaigns in the more than a dozen states that allow citizen legislation.

Even with the volunteers who exist and those who will come, the production and campaign will cost the sort of sums that these sorts of campaigns cost. Let’s just put it out there on the square dance floor: “Purty little surreys” ain’t cheap. UPFMA needs benefactors, sponsors, patrons, supporters, shekels. So, peering over the fence and into the grazing lands, UPFMA’s supporters want to give a loud “Howdy, Neighbor!” to our cowmen friends in the pharmaceutical industry. We cannot help but to notice that supporting UPFMA would be hugely beneficial to your interests. It need not be, “All Er Nuthin.” Can we count on you to be neighborly?

As the existing pharmaceutical industry can tell the future psychedelic pharmaceutical industry, the individual home grower and/or user is no threat. Rather, it is the underground market, where pirate industrializers infringe intellectual property and undercut prices, that are your true “cattle rustlers.” Unfortunately for our cowmen…errr…pharmaceutical companies, the coming FDA approval of their products also brings an increase in public interest in psychedelics, and so too an increase in the illicit market. UPFMA is no friend of the unregulated market. Rather, one of UPFMA’s goals is to reduce illicit trade, and not just in (our metaphorical) Kansas City.

You Can’t Sell the Steak, But You Can Sell the Sizzle: Pharmaceutical Companies Benefit by Supporting UPFMA

Until FDA approval is given, the psychedelic pharmaceutical industry may not advertise their products or offer them for sale. Psilocybin and MDMA are at Phase 3’s door, and FDA approval looks promising, if not inevitable. But FDA approval is still years away, and pharmaceutical companies continue to burn capital waiting for the FDA’s start pistol to fire. This delay in marketing is a costly lost opportunity.

Support of UPFMA Does Not Risk the Ranch

Natural medicines and their patented counterparts do not typically compete. Instead, they compliment. Because of pricing constraints, a significant population will be unable to afford pharmaceutical industry products. It is significantly that demographic – those who cannot afford these patented medicines – that UPFMA addresses. UPFMA offers an alternative to exclusion. UPFMA does not pull market share away from the pharmaceutical industry. Rather, it addresses “customers” the industry never had or was going to have. In the wise words of Obi Wan-klahoma, “These are not the cows you’re looking for.”

There’s a Bright Golden Haze on the Meadow: Support of UPFMA Grows the Ranch and Buys More Cattle

Just like the nascent psychedelic pharmaceutical industry, UPFMA optimistically predicts the public will warm to psychedelics as an optional (if not preferred) tool to fight all sorts of mental illness. As UPFMA democratizes access, a residual effect will be the encouragement of further investment, thereby enabling pharmaceutical companies to more easily explore varieties of formulations, concentrations, extractions, etc., making their products more varied and more accessible to an ever-increasingly interested market. Again, UPFMA’s focus is on natural non-branded medicines, and has no ambition to occupy the patent market.

UPFMA intends to consider and to factor traditional use of entheogens, including cultural and environmental interests. UPFMA’s focus is legal access, not promotion of industrialization and scale, and UPFMA resists commoditization. UPFMA can help build fences, to allow the grassroots reformists to sustain themselves while leaving scale as the province of pharmaceutical companies. And don’t forget, pharmaceutical companies will, by virtue of their patents, retain exclusivity to further refine and to sell refined products.

UPFMA Helps When the Pharmaceutical Industry Brings Its Cattle to Market

By supporting UPFMA, the pharmaceutical industry invests in itself.  UPFMA helps to popularize and to normalize psychedelics and can do it more quickly than the nascent industry presently may.  Not only might that help to speed FDA approval for the industry’s products, but it might help to speed acceptance by health insurance companies.  In turn, that speeds up and increases revenue that can be paid back to investors or poured back into research and product development.

At the end of Act I of Oklahoma!, an unscrupulous patent medicine peddler sells our heroine actual heroin –  laudanum, to be precise – promising he had her best interests at heart, whilst taking her money. While no one expects the pharmaceutical industry simply to be just a girl who “cain’t say no,” industry support of UPFMA avoids a coming public relations whirlwind over the unavoidable disjunction of the pharmaceutical industry touting the benefits of its patent medicines, while pricing them outside the reach of many.

Support of UPFMA is consistent with ubiquitous sound public policy of fostering and promoting good mental health and responsible drug use. UPFMA can help give the public an alternative, while allowing the industry a platform to openly share the benefits of supporting humanitarian goals that pharmaceutical companies hold in common with the public. In other words, if the pharmaceutical industry touts its wares as good for everyone, support of UPFMA allows the industry to walk the walk.

For public health study, UPFMA may consider inclusion of voluntary and anonymous data gathering provisions. This may include regulatory agency ability to present program users with voluntary questionnaires regarding their experiences and other relevant health data points. Support of UPFMA fosters gathering data and sharing it for study and research.

I submit that UPFMA and the pharmaceutical industry would be fine partners at the square dance. And, like in Oklahoma!, this would be OK. Besides, UPFMA needs a partner. How about it, cattlemen? Care to two-step?

Interested in learning more about the legal side of psychedelics? Then sign up here to receive more info on our upcoming FREE series: Religious Use of Psychedelics in the United States.

Gary Michael Smith is an attorney, arbitrator and founding member of Phoenix-based Guidant Law Firm. He is also the author of Psychedelica Lex, the preeminent legal manual for individuals and organizations with a vested or growing interest in psychedelics and entheogens, as well as a founding director and current president of the Arizona Cannabis Bar Association, board member of the Arizona Cannabis Chamber of Commerce, and contributing author to Green Entrepreneur. Listen to his episode of Psychedelic’s Today here.