The World of Claudio Naranjo 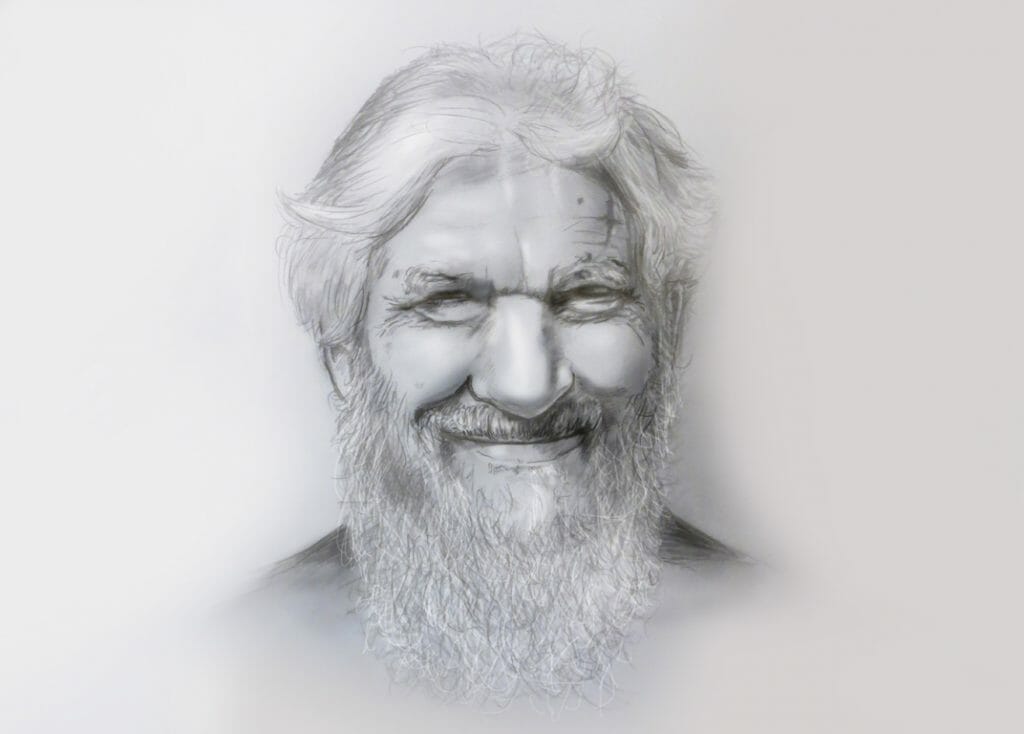 Claudio Naranjo was a Chilean-born shaman of Moorish, Spanish, and Jewish descent. He was also a psychotherapist, medical doctor, author, educator, serious Buddhist practitioner, and pioneer in the areas of psychology, psychedelic therapies, and human development. His integrative approaches to a variety of fields elevated his work and created global reach and influence. He was always keen to point out that “spirituality should not be confused with religious beliefs or moral codes.” Towards the end of his life, he stressed the importance of emotional education, and the forgotten goal of educating for wisdom– and not just for knowledge to be harnessed for financial gain.

An early practitioner of Enneagram, he enriched it by integrating Gestalt therapy via Gurdjeff, meditation, music and art therapy, and other practices designed to provide deep, personal insights. But he admitted a vulgar commercialization of the Enneagram took place in North America. He explored the power of education to counter the patriarchal beliefs contributing to our deepening global crisis. “To change the world,” Claudio would say, “change education.” Naranjo’s approach to Buddhism was the same as the Buddha’s; he taught meditation with the offer to “ just try it,” and “see what it offers.”

His many years of teaching at Esalen Institute in the 1960s were both a pinnacle as well as a painful period in his life. One of his closest friends was Carlos Castaneda, who agreed with his concern that the “powerful gentleman Mr. Money” had increasingly taken control of the world, and belittled human beings to the point of dehumanization. Claudio soon became one of Fritz Perls’ three successors at Esalen, along with Jack Downing and Robert Hall. Claudio attended sensory awareness workshops with the legendary Charlotte Selver. Richard Evans Schultes arranged for Naranjo to make a special journey by canoe up the Amazon River to study ayahuasca with the South American Indians. He brought back samples of this drug and published the first scientific description of the effects of its active alkaloids.

Claudio also took part in the meetings of Leo Zeff’s pioneering psychedelic therapy group. He was an early enthusiast of using psychedelics (primarily ayahuasca, MDMA, and ibogaine) as medicines for a panoply of social and psychiatric conditions. Married four times, his last partner was Carolyn Merchant, a marriage and family therapist and a co-worker with Claudio on his book and teachings. In 1970, Claudio lost his only son in a terrible car accident on Big Sur’s Highway 1. He stated that the most significant realization of his life was that “nothing is more important in our time than our learning to be a little kinder.”

The Naranjo Institute presented the Seekers After Truth (SAT) program in 2012, with a new cohort opening annually. The program consists of four residential workshops, each lasting between six to nine days. The retreats represented a comprehensive exploration of psychological, spiritual, and expressive practices for understanding the human trajectory toward growth and fulfillment. From exploring who we have become and the precise ways we have each become stuck and continue to get stuck, the program went on to encourage processes of active healing and the expansion of one’s sense of possibilities. It was a “supplementary curriculum” of self-knowledge, relationship-repair, and spiritual culture.

In the course of its evolution as a program for personal and professional development of therapists and teachers since its rebirth in the late eighties, Naranjo called SAT a “psychotherapy laboratory,” in which people learned to help each other through the development of psychotherapeutic skills that do not require a background in the customary academic theoretical literature. He called this the “democratization of psychotherapy,” and education of future teachers, who may be able to assist their students in their personal growth.

Claudio’s recent and last talk was the highlight of the 2019 World Ayahuasca Conference in Girona, Spain. I will never forget his courage as one of his arms was violently swinging in the air due to his Parkinson’s. For all of his powerful influence on the development of human consciousness, in the bigger picture, Naranjo felt unsatisfied with his work, and disillusioned: “The economy has dominated politics, and practically everything else, asphyxiating life and its intrinsic values, the social order, and all our institutions.” A harbinger of things to come (such as defunding police) was his hope that the community take charge of many things (or perhaps of everything) that it once delegated to its governments, including communications, finance, and maintaining peace.

Claudio also found time to write or edit numerous books. He revised an early book on Gestalt therapy and published two new ones. He published three books on the Enneagram of Personality, as well as The End of Patriarchy. He also published a book on meditation, The Way of Silence and the Talking Cure, and Songs of Enlightenment.

Published in 2010 with a foreword by Jean Houston, was Healing Civilization: Bringing Personal Transformation into the Societal Realm through Education and the Integration of the Intra-Psychic Family. Naranjo explored what he saw as the root causes of the destruction of humanity: war, violence, oppression of women, child abuse, environmental endangerment, and patriarchy, which has taken root over millennia in our own conditioned minds. He touted the work of Tótila Albert, who asks us to see ourselves as three-brained with the “Inner Father” (corresponding to the head), the “Inner Mother” (corresponding to the heart), and the “Inner Child” (corresponding to the instincts). As people learn to integrate these three “brains,” Naranjo believed, they (the instincts) may bring about a functional- even divine, family within. For Naranjo, transforming education to be oriented toward personal and collective evolution could help heal civilization.

In his last book, The Revolution We Expected: Cultivating a New Politics of Consciousness (2020), Dr. Naranjo presents a call for individual and societal transformation in order to rebuild and humanize our institutions and realize a post-patriarchal global ecological community. “Even if the catastrophe of the sinking of the patriarchal vessel in which we have been sailing continues,” Naranjo writes, ”it is better for us to understand, by going through our crisis with faith, that the agonizing death rattles of our civilization are our greatest hope for regeneration.” He speaks of “apprentice shamans, who, without knowing it, are searching for their own development, and will sooner or later have the possibility of being of help in a world needing precisely those qualities they are developing.”

Dr. Naranjo observes that ‘realizing’ is the bravest thing of all- “to see that one was wrong and to change direction.” As Canadian psychologist Steven Pinker reminds us, “We humans have a very good eye for intellect but we do not yet have the right organ to understand consciousness.”

Claudio Naranjo passed away in July of 2019 at 86 years old.

Allan Badiner is the editor of Zig Zag Zen: Buddhism and Psychedelics (Synergetic Press). He also edited the books, Dharma Gaia: A Harvest in Buddhism and Ecology, and Mindfulness in the Marketplace (Parallax Press), and he is a contributing editor at Tricycle magazine. Allan feels the potential of psychedelics as an awakening to higher consciousness needs to be seen in an ecological context. His teacher is the Venerable Thich Nhat Hanh.