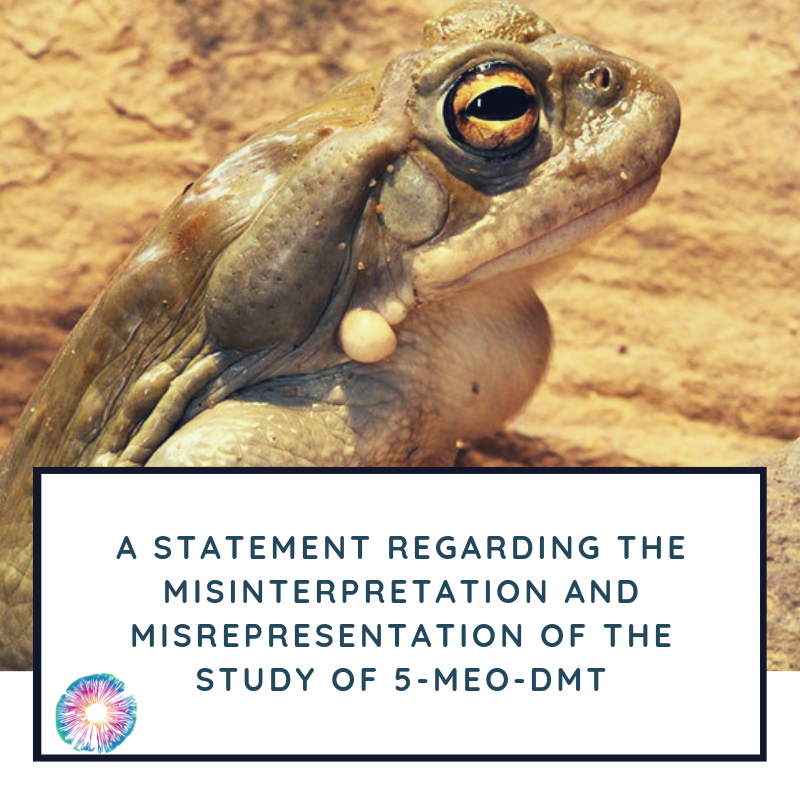 A single inhalation of vapor from dried toad secretion containing
5-methoxy-N,N-dimethyltryptamine (5-MeO-DMT) in a naturalistic setting is related to sustained enhancement of satisfaction with life, mindfulness-related capacities, and a decrement of psychopathological symptoms

The recent publication summarizing the effects of 5-methoxy-N,N-dimethyltryptamine (5-MeO-DMT) on mental health-related variables authored by myself and my colleagues has received great attention both from the scientific community and the public, see full text here; https://link.springer.com/article/10.1007%2Fs00213-019-05236-w

Although my colleagues and I are very pleased that the publication has been so well received, it appears that the study findings are being misinterpreted and misrepresented on (social)media primarily in the general public as an advocacy for use of toad secretion.

Not only is this very disappointing, as the publication is in fact communicating the very opposite, but it is also of great concern to me as the misrepresentation of the study findings may contribute to further unnecessary consumption toad secretion from Bufo Alvarius.

I, therefore, feel it is not only necessary, but also of high importance to clarify that the recent publication is in no way an advocacy or toad secretion use, but rather the opposite.

In fact, the article is summarizing the effects of 5-MeO-DMT, which is the main compound in the toad secretion – as demonstrated by a lab-analysis. This finding makes a clear and strong argument that toad secretion is in no way superior to synthetic 5-MeO-DMT, putting a scientific nail in the coffin for the discontinuation of toad secretion use as a means of obtaining and consuming 5-MeO-DMT.

Furthermore, the article also points to the ethical and ecological implications that comes with toad secretion use. Basically, the increasing demand for the vapor produced by toad secretion will disturb the ecological equilibrium of the toads through the invasion of habitat, excessive milking, amphibian trafficking, and black-market dynamics. Harassment of the Bufo Alvarius toad, however, can be easily prevented by using synthetic 5-MeO-DMT instead of vapor from dried toad secretion containing 5-MeO-DMT. You can read a summary of this issue to greater length here: https://psychedelicstoday.com/2018/10/03/ethics-ecology-bufotoxins/ ).

Additionally, even though many people have benefitted from sessions whereby 5-MeO-DMT from toad secretion has been consumed, others have instead, based on anecdotal reports, had a rather unpleasant encounter with the facilitator and so too experience with 5-MeO-DMT from toad secretion. The reasons for the unpleasant encounter vary per person, but as our recent publication highlight it is clear that some of the recent allegations of malpractice against two facilitators in particular, namely Octavio Rettig and Gerry Sandoval addressed in an open letter (read full text here; https://5-meo-dmt-malpractice.org/), extends beyond these individuals. In our recent publication it was demonstrated that the set and setting vary quite a bit from location to location of these sessions, dose(s) are not standardized but determined by eye-measuring, and span between 30-120 mg of toad secretion (those who received 30 mg dose may have had 7.5-9 mg of 5-MeO-DMT, whereas those who received 120 mg dose may have inhaled up to 30-36 mg of 5-MeO-DMT). Additionally, none of the facilitators have the necessary expertise (clinical background) to properly hold a safe space where altered states of consciousness can be entered, nor to screen for contraindications in participants that are included in a session. This is not only concerning, but also dangerous as it puts people in an unnecessary risk for having an unpleasant, and even traumatic experience which can impact them as well as those around them negatively.

Finally, although the study suggests that inhalation of vapor from toad secretion containing mainly 5-MeO-DMT (with very low traces of bufotenine and DMT) is related to sustained enhancement of satisfaction with life, mindfulness-related capacities, and a decrement of psychopathological symptoms, these findings are in no way conclusive. This molecule still needs further extensive research to assess safety, and to control for various other variables that may account and/or add to the outcome effects such for example set and setting, social desirability bias, therapeutic relationship, and placebo response.

Malin Vedøy Uthaug, MSc, originally from Bergen, moved to Prague, The Czech Republic, after graduating from high school in her hometown in 2012. After obtaining her dual bachelor’s degree in Psychology from the University of New York in Prague (UNYP) and Empire State College (ESC) in New York in June 2016, Malin continued with her studies at Maastricht University, The Netherlands. Here, she acquired her master’s degree in Psychology with a specialization in Health and Social Psychology in the fall of 2017. During her research internship, Malin conducted fieldwork investigating the sub-acute and long-term effects of Ayahuasca on affect and cognitive thinking style. This field study was under supervision of Dr. Johannes Ramaekers and Dr. Jordi Riba, and was the starting point of her career as a psychedelic researcher.

After finishing her master’s, Malin continued working as a PhD candidate at the department of Neuropsychology and Psychopharmacology (FPN) from fall 2017. Her current doctoral research centers around the continuous investigation of the effects of Ayahuasca in naturalistic settings, and pioneer work on the effects of 5-methoxy-N,N-dimethyltryptamine (5-MeO-DMT) in humans.

Outside of her thesis work, besides being a co-founder of the Norwegian Association for Psychedelic Studies, and a member of the editorial board of the Journal of Psychedelic Studies, Malin is also investigating the effects of Mescaline and Holotropic Breathwork. Finally, she is interested in trauma(resolution) and works hard to aid in changing the current treatment modalities available in the west by demonstrating the superiority of Non-ordinary state Psychotherapy (NOSP) through extensive research, (academic) writing and public speaking. 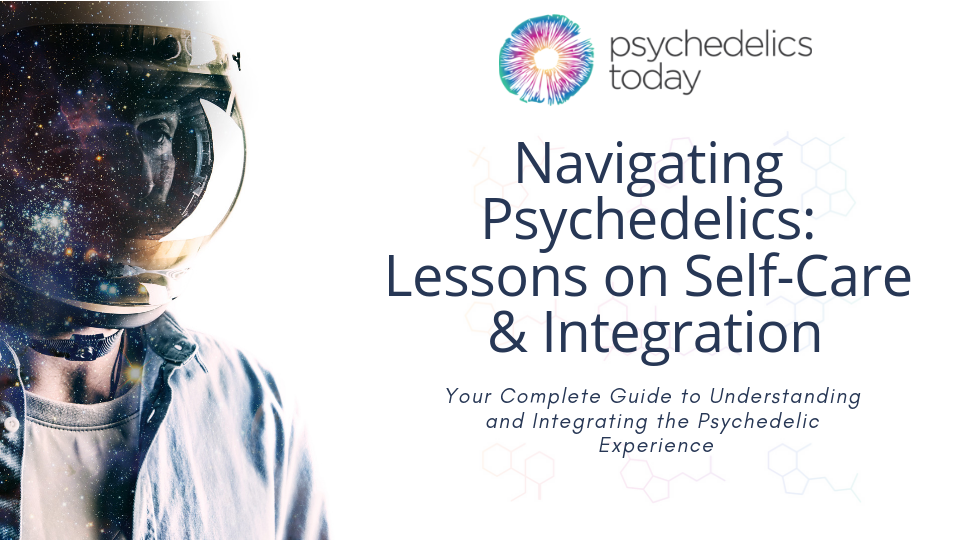