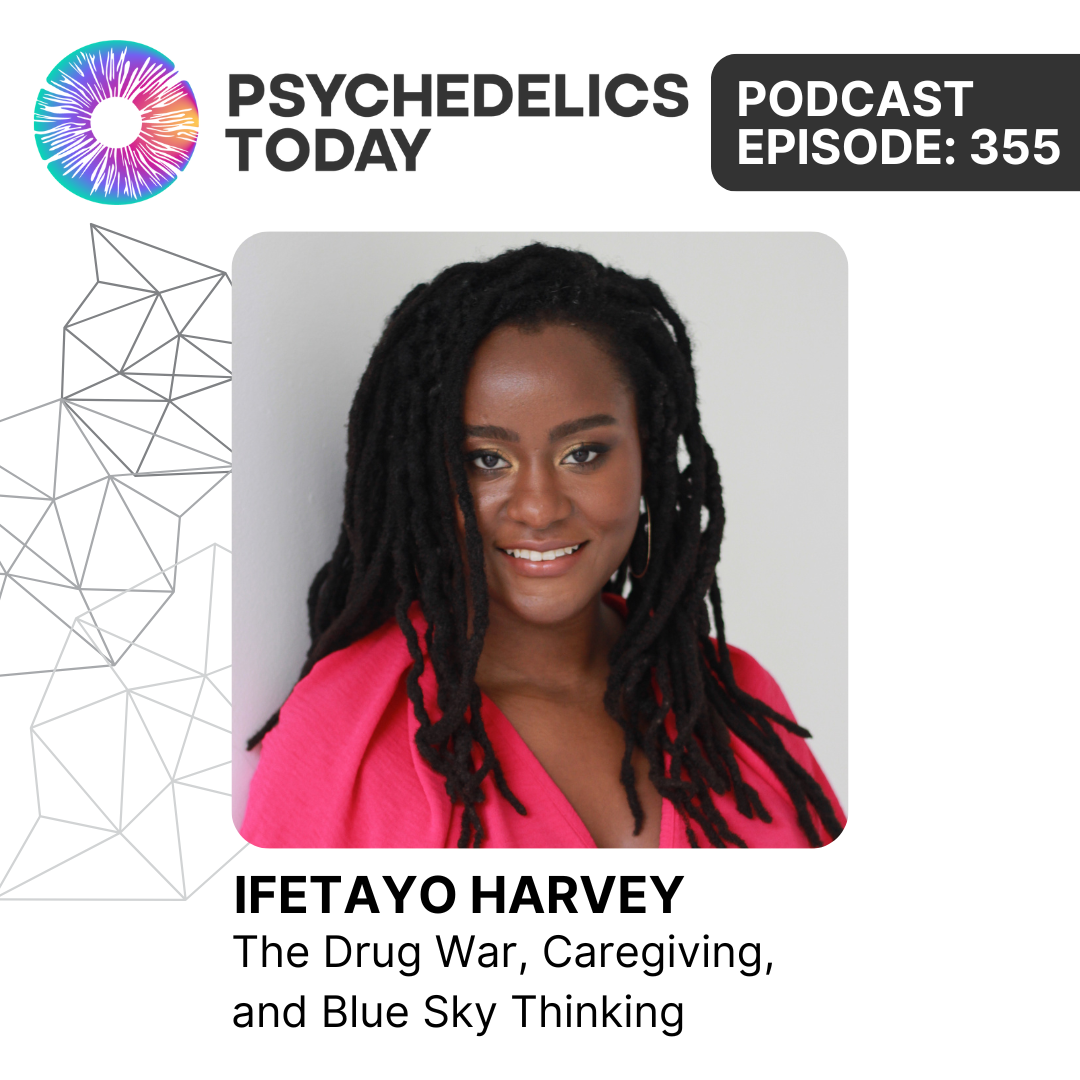 In this episode, David interviews Ifetayo Harvey: Social media manager for Caring Across Generations and Founder of the People of Color Psychedelic Collective (POCPC), which educates and builds community for people of color who are interested in psychedelics and ending the drug war.

She talks about her childhood and what it was like to have her father be arrested and sent to jail for selling cannabis; her realization of our history of systemic racism and law enforcement’s disproportionate targeting of Black people; why she wanted to try psychedelics; her first mushroom experience; and her path to MAPS, Drug Policy Alliance, living in New York, putting on a conference; and finally, entering the world of caregiving.

She discusses how too often race is talked around (instead of about); what we can learn from the pitfalls of legal cannabis and the ongoing opioid crisis; drug war reparations; New York’s cannabis social equity programs; and the importance of centering society around care and caregiving. They talk a lot about “blue sky thinking,” and how a lot of problems exist largely because we’ve grown comfortable in complicity and simply haven’t come together to say: “We want this to change.”

“It was overwhelmingly beautiful, being in nature. And I just felt like I saw a different side of life, a different side of my imagination and my mind. For a long time, I would say all of high school, I identified strongly with atheism. …I grew up around a lot of Christian folks, and spirituality; I knew existed because my mom was spiritual. But I didn’t feel that. When I took mushrooms, I felt that a lot more, and I’m like, ‘Whoa, there’s no denying this.’”

“There was a panel on race and I just remember going there and being really excited, being like ‘Hmm, what are we going to talk about?’ and then leaving feeling really deflated because it seemed like everyone on the panel was too cautious about talking about it. When it came to talking about race, everyone was talking around the issue instead of talking directly to it, and that kind of stuff makes me uncomfortable, because who does it serve to not talk directly about race? And who does it hurt?”

“What I hope happens is that people start to realize we do have a say-so in how things play out. We can come together as people who care, people who have aligned values, and say, ‘We want to organize around this, we want to build power around this.’ …There’s this tendency to just be passive and just say, ‘Oh well, the people with the money are going to do what they want to do and hey, there’s nothing we can do about it.’ …I hope that more people come together and realize that you can have an impact. You can have power in this.”

“In this time that we’re in with COVID, monkeypox, wars happening, climate change; hope feels like a discipline. And that can feel hard at times, but also, it reminds us that we have to work towards something.”

Drugpolicy.org: Children of Incarcerated Parents Bear the Weight of the War on Drugs

Psymposia.com: Why the Psychedelic Community is so White

Leafly.com: How I got one of NJ’s first 11 cannabis dispensary licenses 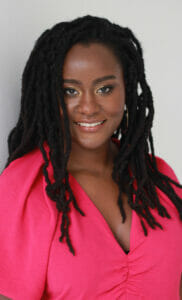 Ifetayo Harvey is the founder of the People of Color Psychedelic Collective (POCPC) which educates and builds community with people of color that are interested in psychedelics and ending the war on drugs. She is a member of the Federal Policy Guidelines for Psychedelics Working Group led by Healing Equity and Liberation. She was also a member of the Research to Reality: Global Summit on Psychedelic-Assisted Therapies and Medicine Advisory Committee.

Ifetayo’s experience growing up with her father in prison brought her to drug policy reform work in 2013 as an intern at the Drug Policy Alliance (DPA), and then joined them full-time in 2016. In 2013, she was the opening plenary speaker at the International Drug Policy Reform Conference in Denver, Colorado. Ifetayo comes from a family of seven children raised by her mother in Charleston, South Carolina. She has a Bachelor’s degree from Smith College in history and African studies, where the college awarded her Outstanding Student Leader of the Year in 2014. She values courage and vulnerability, and friends of Ifetayo know her for her hobbies like soap making, fitness, sewing, singing, and playing her euphonium. She currently lives in New York City with her cat, Blanca.