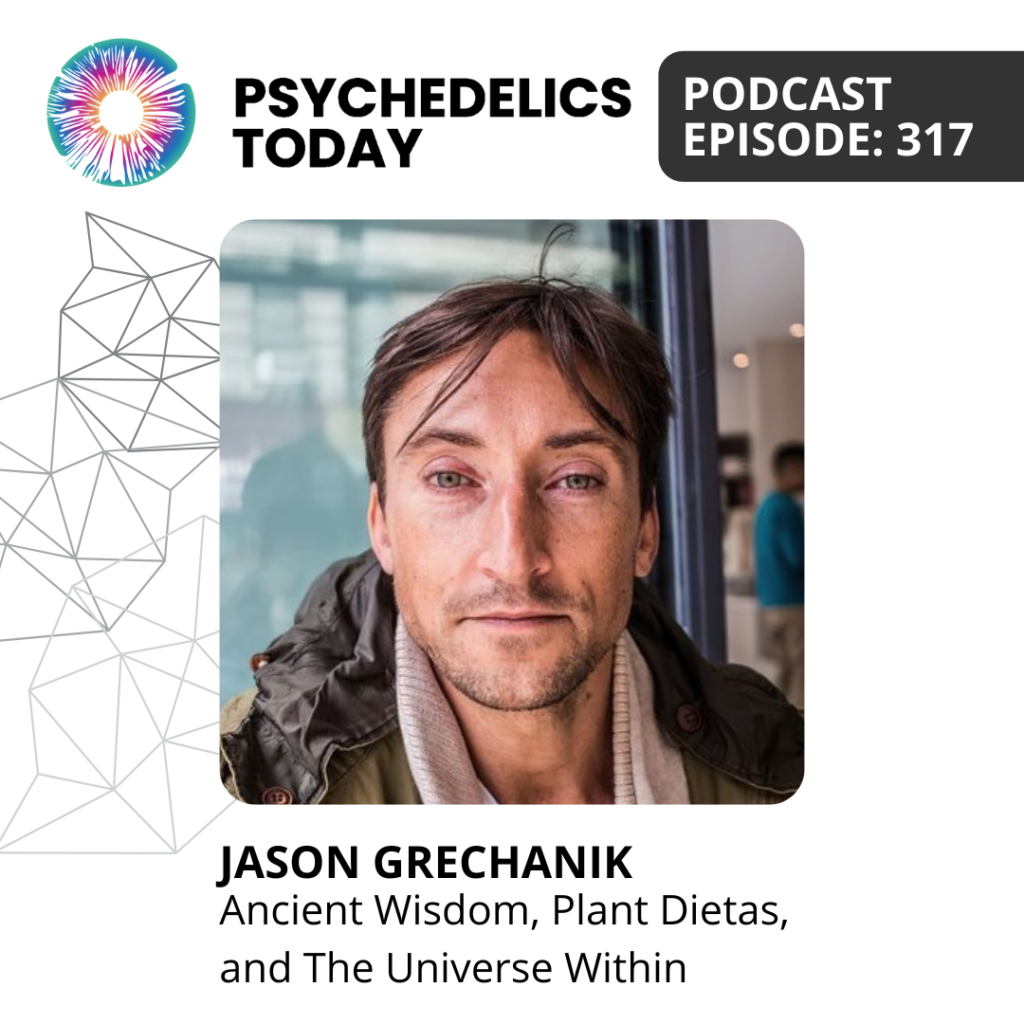 In this episode of the podcast, Joe interviews Jason Grechanik; a tabaquero running plant dietas, an ayahuasca ceremony facilitator at The Temple of the Way of Light, and host of “The Universe Within” (@universewithinpodcast) podcast.

In this episode of the podcast, Joe interviews Jason Grechanik; a tabaquero running plant dietas, an ayahuasca ceremony facilitator at The Temple of the Way of Light, and host of “The Universe Within” (@universewithinpodcast) podcast.

Grechanik tells his story and digs deep into the rich history of shamanism, herbalism, and Indigenous spiritual traditions that span the globe from Siberia and India to Peru. The unifying theme rests on bridging our cultural commonalities; recognizing the fundamental truths consistent across cultures and acknowledging how this seemingly lost knowledge has been kept, guarded, and passed down through epochs of change.

He unfolds the many layers of ayahuasca medicine work; examining plant intelligence, plant dietas, ways of seeing beyond yourself in the world of spirit, and how deep ayahuasca work can inspire gratitude and humility. And he discusses how group containers exemplify universal oneness; the value in both Western and Indigenous medicine; critiques for the current psychedelic renaissance; the power of breathwork; and the debate between traditional plant medicines and newer lab-derived substances – how everything has a spirit, even a mountain.

“I think it’s always really important when we’re talking about these experiences to also realize that they’re extremely personal; that there’s certainly archetypal experiences that these plants can invoke, but they’re very personal as well. And for some people, what they need is the opposite of that. They need to see beauty and love and their own self-worth and to have a very gentle experience. And then other people need to be thrown into the abyss to kind of shake themselves out of something. And I think that’s where that idea of plant intelligence comes in.”

“It’s not that far-fetched to think that these medicines were ancient, and that they were guarded even through apocalypses and catastrophic events and colonization. They kept these things, but why did they keep them? They kept them because they were seen as not only important, but actually something that was inseparable from humanity.”

“All of these things; there’s a time and a place for it. There’s benefits to certain things, there’s some drawbacks to certain ways of doing things, but ultimately it’s: what is going to be best for the patient? And that’s also something that’s fundamental to any holistic medicine, is realizing that there’s no panacea for everyone. We’re all different. We all have different body types, we have different stories, we have different physical ailments, [and] different mental stories. So how do we find the medicine that’s going to be best for us in this moment?”

The Universe Within podcast

The Bhagavad Gita, by Eknath Easwaran

The Vedas: With Illustrative Extracts, translated by Ralph T.B. Griffith 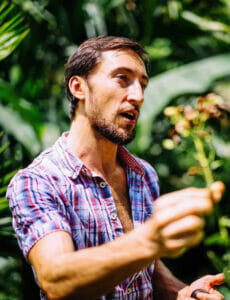 Jason Grechanik’s journey has led him around the world in search of questions he has had about life. Early in his twenties, he began to develop a keen interest in plants: as food, nutrition, life, and medicine. He began learning holistic systems of medicine such as herbalism, Traditional Chinese medicine, Ayurveda, and nutrition. That curiosity eventually led him to the Amazon where he began to work with plants to learn traditional ways of healing.

Jason came to work at the ayahuasca healing center Temple of the Way of Light in 2012. After having worked with ayahuasca quite extensively, he began the process of dieting plants in the Shipibo tradition. In 2013, he began working with maestro Ernesto Garcia Torres, delving deep into the world of dieting. Through a prolonged apprenticeship and training, involving prolonged isolation, fasting, and dieting of plants, he was given the blessing to begin working with plants.

He currently runs plant medicine retreats in Peru and travels abroad running dietas. He also works at the Temple of the Way of Light as a facilitator of ayahuasca ceremonies. In 2020, Jason created a podcast called “The Universe Within.”