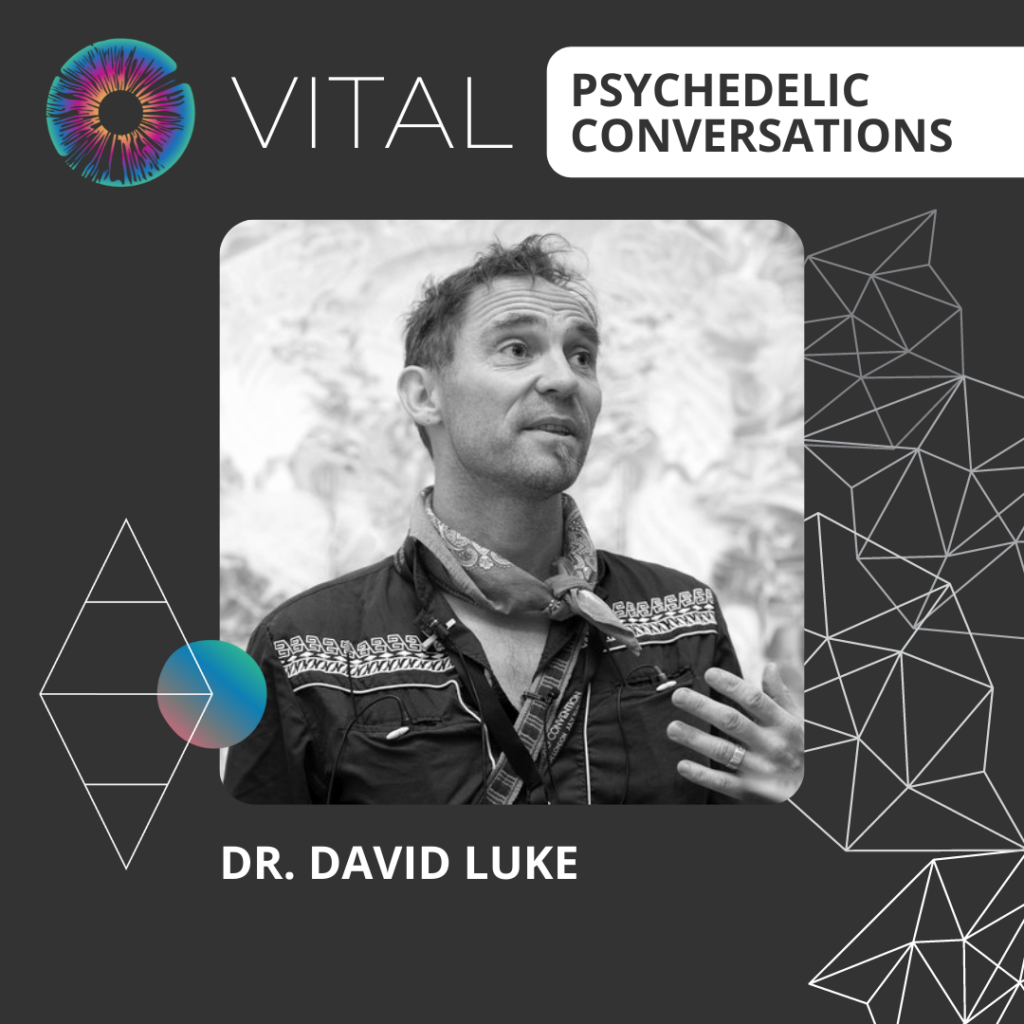 In this episode of Vital Psychedelic Conversations, Kyle interviews researcher, author, Associate Professor of Psychology at the University of Greenwich, and Co-Founder and Director of the Breaking Convention conference: Dr. David Luke.

Luke talks about the importance of understanding the full range of psychedelic experiences; the difficulty in defining and measuring the transpersonal, how science has pathologized (and religion has demonized) the weird; the need for counselors to be open minded to the reality (and after effects) of their clients’ experiences; the problem of trying to apply science to something science can’t define; and how the most important thing we need is community.

And he talks about DMT and entity encounters: What could these encounters represent, or what could these entities be? And why do people who have these experiences have such massive shifts in belief afterward? While he can’t answer these questions, he shares a few stories of his own that led to prolonged, incremental ontological shock in his own life, including elves taking light from the sky and putting it into his chest, and meeting a being with “multiple snake body tentacles all morphing in a kind of fibonacci spiral covered in thousands of eyeballs.”

Reminder that each of the guests on Vital Psychedelic Conversations is a part of the teaching team for our 12-month Certificate course, Vital. We’re taking applications until March 27th, and classes begin April 19th!

“I would have these extraordinary experiences which I couldn’t quite explain, which begged me to kind of reconsider my worldview about the nature of reality. And just as I maybe started to incorporate that and go, ‘Okay, I feel comfortable with that now, that isn’t really so mind-blowing to me any more,’ …I’d have another experience which would be even more mind-blowing than that, and I’d have to try and get my head around it. And then on and on it went. …It’s a series of just shattering your beliefs and then just staring at them on the floor and wondering how to reconstruct them.”

“When your ‘boggle-threshold’ just gets exceeded, it finally finds some new equilibrium in a more expanded kind of worldview. But then that can be exceeded again. [There] doesn’t appear to be any apparent limit on how far out we can go with our beliefs. But just a word of caution: Keep an open mind, but not so much that your brains fall out.”

“The very fact that the mystical experiences even are in the scientific parlance; [are] in the research agendas; [are] in some of the clinical research (not all of it); and being talked about is a massive shift. Basically, up until very recently, what we might consider a mystical experience was either demonized or pathologized. Now it’s completely done a 180, and it seems to be part of the solution for mental health problems instead.”

The Hard Problem of Consciousness

Newatlas.com: Largest ever DMT survey travels to the fringes of psychedelic science

“Disembodied Eyes Revisited: An investigation into the Ontology of Entheogenic Entity Encounters,” by Dr. David Luke

Frontiersin.org: An Encounter With the Other: A Thematic and Content Analysis of DMT Experiences From a Naturalistic Field Study 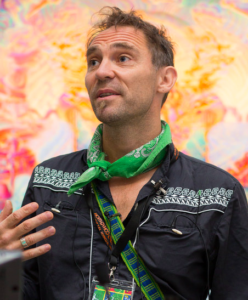 Dr. David Luke is Associate Professor of Psychology at the University of Greenwich. His research focuses on transpersonal experiences, anomalous phenomena and altered states of consciousness, especially via psychedelics, having published more than 100 academic papers in this area, including ten books, most recently DMT Entity Encounters. When he is not running clinical drug trials with LSD, conducting DMT field experiments or observing apparent weather control with Mexican shamans, he directs the Ecology, Cosmos and Consciousness salon and is a cofounder and director of Breaking Convention: International Conference on Psychedelic Consciousness.