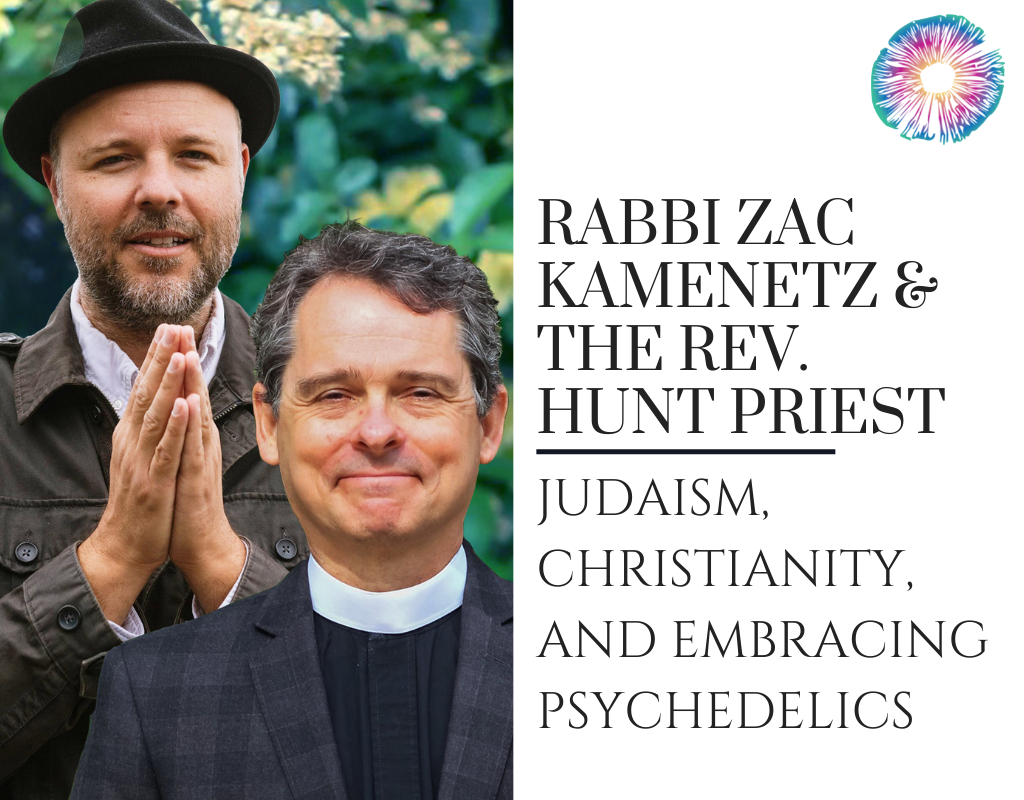 In this episode of the podcast, Joe revisits the topic of religion and psychedelics touched on last week in PT280, but this time, much more in depth, with two guests of different religions: Rabbi Zac Kamenetz and The Rev. Hunt Priest.

Kamenetz and Priest both had catalyzing psychedelic experiences as participants in research studies, and after gaining interest, noticed that their religions weren’t referenced much in psychedelic literature. They’re each working to build a broad network of leaders and academics who are Jewish (through Zac’s website, Shefa) or Christian (through Hunt’s site, Ligare) to act as psychedelic societies and encourage more people to buy in, be more open, and embrace the renaissance. Do these communities know enough to properly frame and integrate their experiences when they add psilocybin to Seder? What are the best protocols in which to authentically blend in religious tradition and lessons? Is their true purpose to help others use religion to explain mystical and psychedelic experiences? Or use mystical and psychedelic experiences to explain religion?

They also discuss the differences between how Christianity and Judaism talks about psychedelics; the Jewish Psychedelic Summit; why Christianity seems to be so far behind; the minimization of mystical experiences; the concepts of spiritual harm reduction and spiritual literacy; the need for accountability and “bumpers” in religion; Rick Strassman, DMT, and prophecy; how religious tokens and symbols in psychedelic-assisted therapy can traumatize or influence an intended experience; what religions can do in situations of spiritual emergency; and why serving others should be part of the integration experience.

“When more people are having transpersonal experiences – ‘The All! The Nothing!’, them existing beyond their body and their consciousness – people are going to be looking for answers to their questions, more questions to their questions, and then these traditions that sadly, people are walking away from for all sorts of reasons (maybe good reasons, even), that we’re going to have to then present meaningful models, responsive models to their quandaries. That, really, I feel, is the heart of the work.” -Zac

“It would probably have taken 10 more years of Vipassana meditation to get to where I was six hours into my psilocybin experience. And people will say, ‘Well that’s a spiritual shortcut.’ And I mean, at least in Christianity, we say none of this comes because we work hard for it; it comes as a grace and a gift, and take it. Take it and go with it, and then change your life because of it.” -Hunt

“It’s interesting to figure out the ways in which you integrate these plants and fungi and substance/compounds into Jewish ritual, but I think there’s also, then, the opportunity to think about, like: Okay, what’s the role of preparation here? Like, if I steep myself in Jewish wisdom, is a ‘Jewish experience’ going to emerge? …The idea of set and setting then becomes a really interesting one. What is a Jewish mindset and are we actually interested in trying to fill people with content in order that they have an experience come out? …We don’t want, necessarily, to fill people with Hebrew music or words or ideas. We want the medicine and the inner healing intelligence to do that work. And then, really, what is the role of clergy there? Just to witness, just to support? ‘What are we doing and whose experience is being had?’ I think, is a really important question.” -Zac

DMT and the Soul of Prophecy: A New Science of Spiritual Revelation in the Hebrew Bible, by Rick Strassman 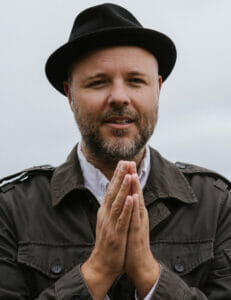 Zac Kamenetz is a rabbi, community leader, and aspiring psychedelic-assisted chaplain based in Berkeley, CA. He holds an MA in Biblical literature and languages from UC Berkeley and the Graduate Theological Union and received rabbinic ordination in 2012. As the founder and CEO of Shefa, Zac is pioneering a movement to integrate safe and supported psychedelic use into the Jewish spiritual tradition, advocate for individuals and communities to heal individual and inherited trauma, and inspire a Jewish religious and creative renaissance in the 21st century. 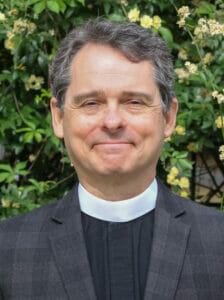 Hunt Priest is an Episcopal priest and the founding Executive Director of Ligare: A Christian Psychedelic Society, a non-profit network of Christian leaders educating themselves and those they lead about the intersection of open-hearted Christianity and the Psychedelic Renaissance. A participant in a psilocybin study in early 2016, he had two life-changing mystical experiences under the care of a research team. His encounters with psilocybin opened him to the healing and consciousness-raising power of psychedelic medicines and changed the landscape of his work. Hunt believes the healing power of psychedelics should be in the toolkits of all who are healers of bodies, minds, and souls, and can’t wait to provide access for legal, safe, and guided experiences in a Christian setting. This past April, Hunt took an extended break from full-time parish ministry to expand his priesthood out into the emerging psychedelic landscape.