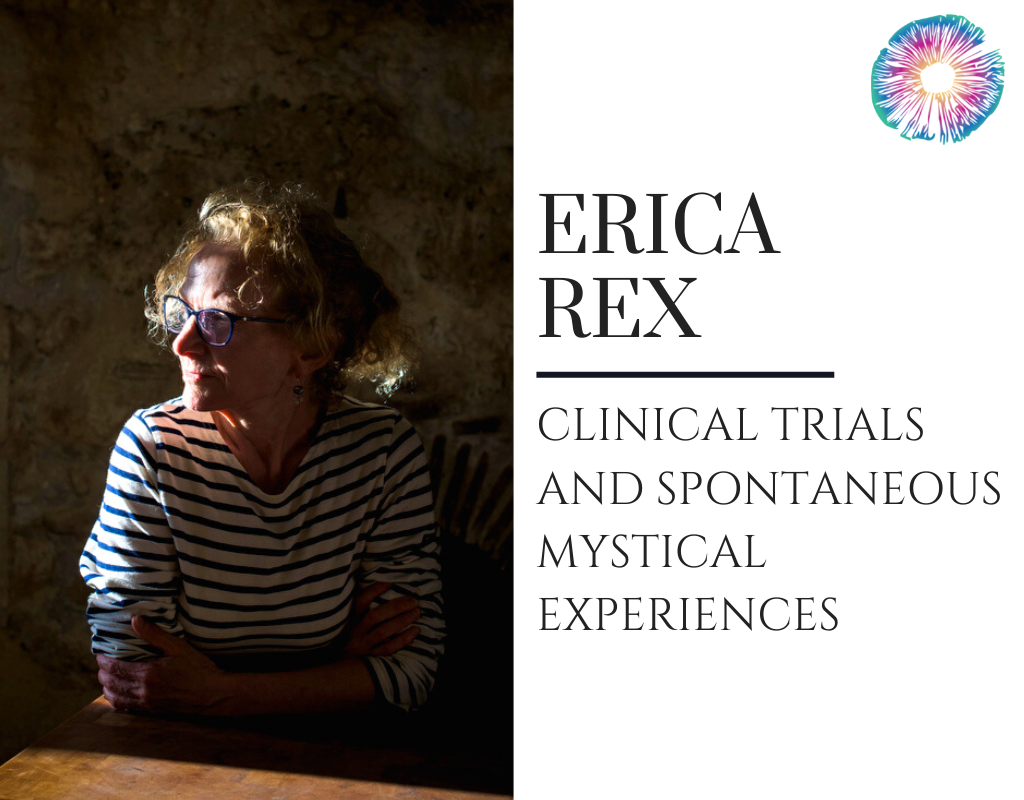 In this episode, Joe interviews Erica Rex: writer and participant in one of the first ever clinical trials using psilocybin to treat cancer-related depression.

She talks about her complicated path to becoming part of the study; the study itself; her frustrations with the clinical and dehumanizing aspects of research; and how integral communication, community, and integration were toward her healing. They discuss the importance of self-analysis and doing self-work under the right circumstances: Are you too close to your everyday environment? Who or what is causing you to feel this way? Are you in a place in life where you can be ok with being destabilized for weeks or months?

And she tells three different stories of spontaneous mystical experiences; tears in the fabric of her universe where the lines between reality and dreams were blurred, including one where a friend’s deceased mother (who she had never met) spoke to her in a dream about her own family. And this leads to a discussion about the DSM, psychiatry, and how we don’t know anywhere near enough about schizophrenia or these strange brushes with the mystical.

“I just assumed, for no reason other than people encouraging me to take psychedelics, that I don’t need to take that stuff because I see horrible things when I’ve got a migraine anyway — why would I want to go there? Of course, ironically, I learned once I got to Hopkins, that in fact, that probably would have helped me.”

“I can’t stress enough that the integration part, ideally, is done where there is community involved. …This is about community and coming away from that horrible isolation of depression back into contact with the rest of the world in a constructive and more advanced and more clear-thinking and more elevated (if you want) way. …In some ways, it’s more important than taking the drug. The drug is an accelerant. The drug does its job, but the drug is not the point. The process is the point.”

Her NIH/NCI talk, “A Breast Cancer Patient’s Perspectives on the Uses of Psychedelics in Medicine” (begins at 1:04:41)

Scientificamerican.com: The Power of Psychedelics, by Erica Rex 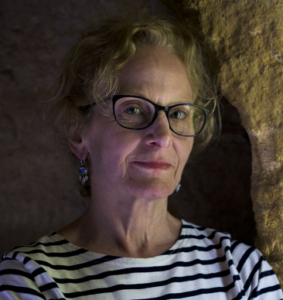 Erica Rex writes about science, environment, mental health, climate, and the forces shaping all of them. She’s written for The New York Times, Scientific American, The Times (UK), and is the recipient of a National Magazine Award. She was a subject in one of the first clinical trials using psilocybin to treat cancer related depression in 2012. Her book-in-progress traces the story of psychedelics through the lens of her quest to heal from childhood trauma. Ms Rex’s unique perspective shows how psychedelic medicine provides a pathway out of trauma, a light at the end of a very long tunnel.