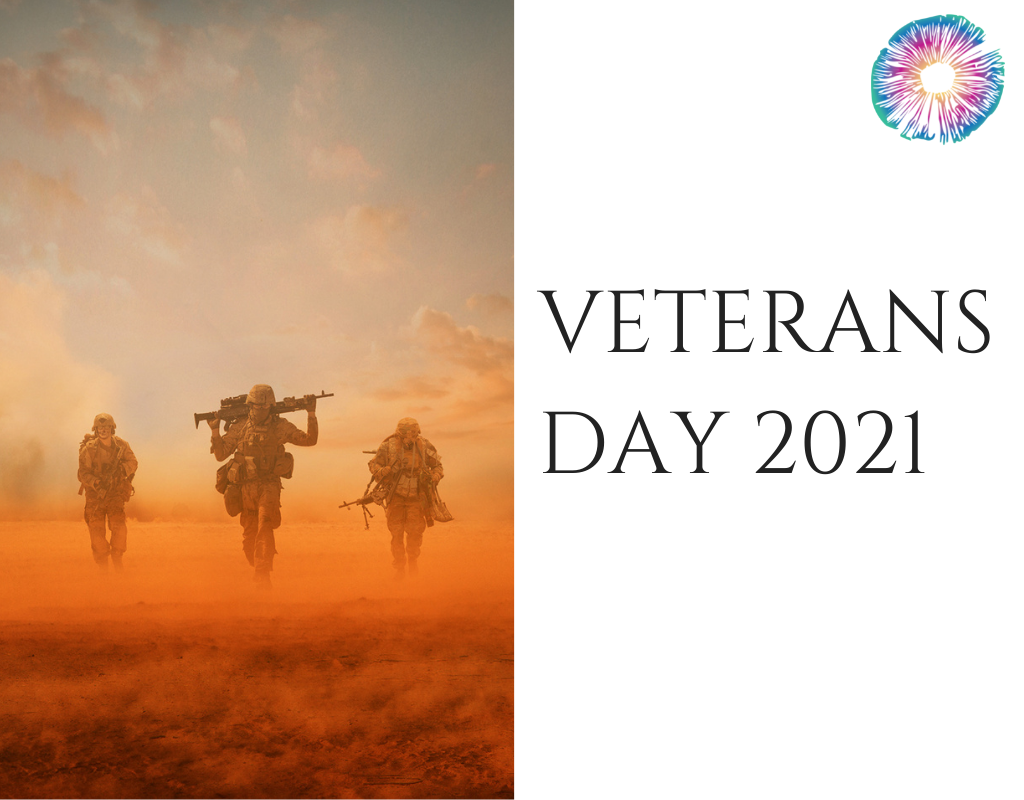 In this episode, Joe was in Las Vegas for the Meet Delic conference, and, inspired by the presentation by Jesse Gould and Roger Sparks, decided to record an episode with three veteran friends for a special Veterans Day release.

In this episode, Joe was in Las Vegas for the Meet Delic conference, and, inspired by the presentation by Jesse Gould and Roger Sparks, decided to record an episode with three veteran friends for a special Veterans Day release.

While the three vets chose to keep their names and personal details anonymous, they share a lot about the military and the difficulties of transitioning back into civilian life. They talk about how there’s actually a lot of drug use in the military (and how essential nonstop stimulants or painkillers are to some); how little there is in the way of a transition process; and how the normal mind state for most soldiers is a combination of tucking all emotions and anxiety away, assuming they’re going to die, and powering through until there’s time to work through it all (which of course never comes).

They also talk about a lot of issues the rest of us don’t necessarily think about, like how hard the demanding schedule of deployment is on one’s personal life, how much families are affected by the mental health of someone on deployment, how tough it is to become like family with fellow soldiers only to have them go away, and how challenging it is for someone who has good mental health practices in play to be able to continue them once in the service.

But it’s not all dark, as they also talk about how psychedelics, meditation, breathwork, wilderness therapy, and long hikes have helped them reevaluate their lives, see themselves (and others) from different perspectives, and get to places of happiness (but with continued work). This is a glimpse into the camaraderie of vets, and their laughter and support of one another really drives home one of their main points: the importance of finding a community of people who support you, understand you, and don’t judge you.

“I did more drugs on deployment than I’ve ever done in my life. That’s a fact.”

“You get in this habit of pushing things off, pushing it away, pushing it away. And that shit just builds up and then, now the lid doesn’t stay on and you just fucking pop. …You’re told to just shove it down, push through, whatever. ‘You’ll get through it, you’ll figure it out later.’ But you don’t ever have that time to figure it out.”

“You’ve got to be willing to put yourself in these uncomfortable situations that oftentimes accompany doing a psychedelic drug, and accepting the thoughts and emotions that are going to arise, and working through those with the knowledge that: ‘Hey, I’m doing this to better myself.’”

“[My friend] finally said ‘This is fucking bullshit, I need to help myself’ and took a trip to Costa Rica, did ayahuasca, and completely changed his life. He still struggles — it’s not an end all be all, you’ve still got to work on yourself — but he was able to enjoy life after that and spend time with his kids and appreciate what he has and build and grow from that. …[He had] a decision-making turning point in his brain where [he said], ‘I’m not going to rely on the army medical system [or] the VA to fix this mental issue, this mental battle that I’m having; I need to do this for myself.’ And I really hope that, if anything, any veterans out there listening, if they get anything from that, it’s: You can be helped, but you’ve got to want to help yourself first, and that’s ok. It’s ok.”

“If you’re a veteran that’s thinking about suicide or that nothing else is working for you, you’re not alone. There are a lot of us out there that have had a lot of issues that we’re trying to work through and you can work through it. Even though it seems like it’s not going to happen, there is a way. …Ask for help. Talk to others. And don’t bottle it up, don’t be ashamed. Nobody’s going to shame you. If they do? Fuck ‘em. Whatever. They shouldn’t be in your life.”

Other resources not mentioned in this episode: