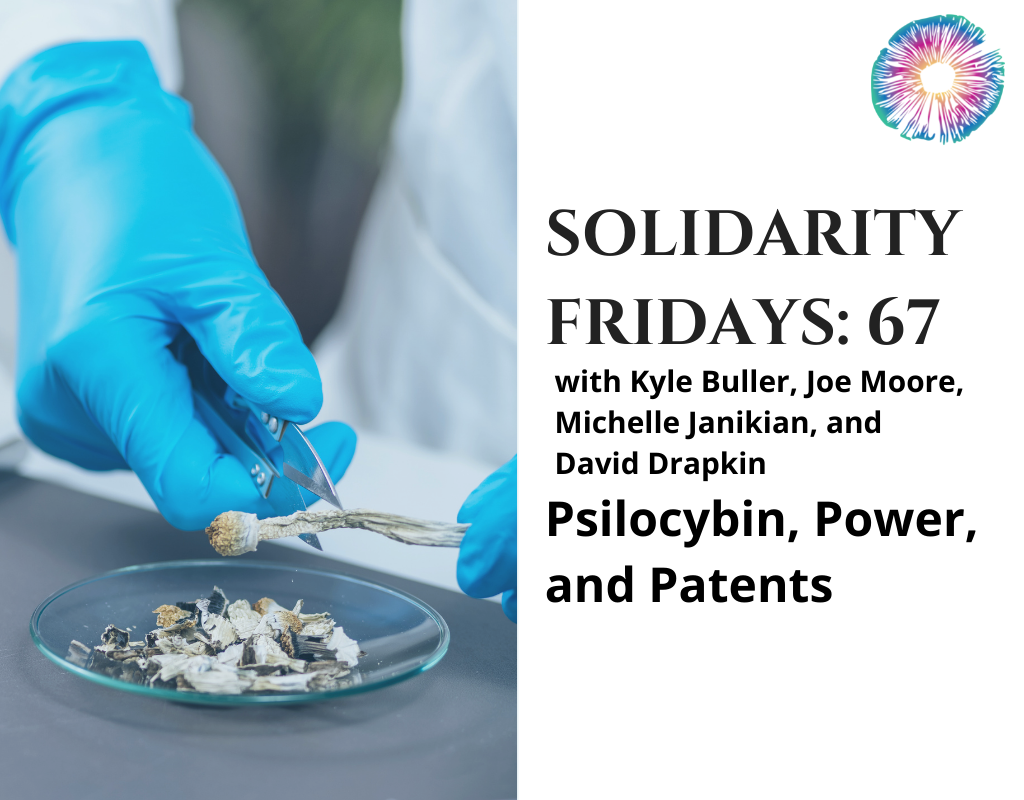 They first review a recent study in which mice showed a long-term elevation in neurotransmission and improved stress reactions after receiving psilocybin, and they talk about post-experience glow, the REBUS model, and the best timing to focus on integration after an experience.

Then things turn a bit sour, with a story on the DEA asking a court to throw out a case against them filed by two cancer patients claiming the Right to Try Act should allow them to use psilocybin, on the basis that their end-of-life care would lead to more black market activity. That, combined with a Vice article pointing out that companies can patent products or techniques based solely on theories (and this is already happening) and Sha’Carri Richardson being banned from competing in the Olympics due to testing positive for cannabis in a legal state sends the team down a familiar rabbit hole on the evils of the drug war, the annoyance of patents, the race for lawyers, and the many concerns around IP, capitalism, and even climate change.

But they end on a higher note, with a Johns Hopkins study asking for participants to share their experiences with psilocybin and SSRIs, discussions on Francis Bacon, the renaissance, and eye-gazing, and a beautiful photo essay highlighting the traditions and rites of passage of the Huichol people and their relationship with peyote.

“This is not surprising from the DEA. …It does feel like we have a really big shift in drug policy and the culture around drug use in the US, and so I think the DEA’s kind of putting its foot down to be like, ‘Not so fast, psychonauts.’” -Michelle

“We’re talking about people here that are terminally ill. So this is not recreational use, this is not decrim. This is people that are terminally ill, so this is palliative care. And having worked in hospitals, I’ve specialized in addiction as well, so I know about medications that are legal. They’re not on that Schedule I, and they caused 90,000 deaths in America last year, and they’re called opioids; they’re not called psilocybin. So the whole idea of this scheduling system really doesn’t make sense anymore when we think about it from just an objective, empirical sense.” -David

“Where’s the leadership? ‘Saint’ Joe Biden said recently, ‘The rules are the rules’ in regards to this case, and it’s disgusting. I just can’t really get over his resistance on cannabis policy and his unseeing of the race issues.” -Joe

“One of my favorite questions around IP: How many lives have been saved by IP and how many lives have been lost by IP? Fascinating. I don’t have any answer, I haven’t really spent the time to really think that through, but just on the face of it, you know that there’s some stuff going on there, because people die all the time from not being able to afford meds, and the meds are only expensive due to IP.” -Joe

“At the age of 21, I was electrocuted and nearly died, and literally, the next day, I went on a spiritual adventure that hasn’t finished yet.” -David

Imdb.com: Who Killed the Electric Car?

Nytimes.com: Inside a Peyote Pilgrimage

Youtube: Horizons 2017: STACY B. SCHAEFER, Ph.D. “Communing with the Gods: Peyote in Lifecycle of Huichol…”