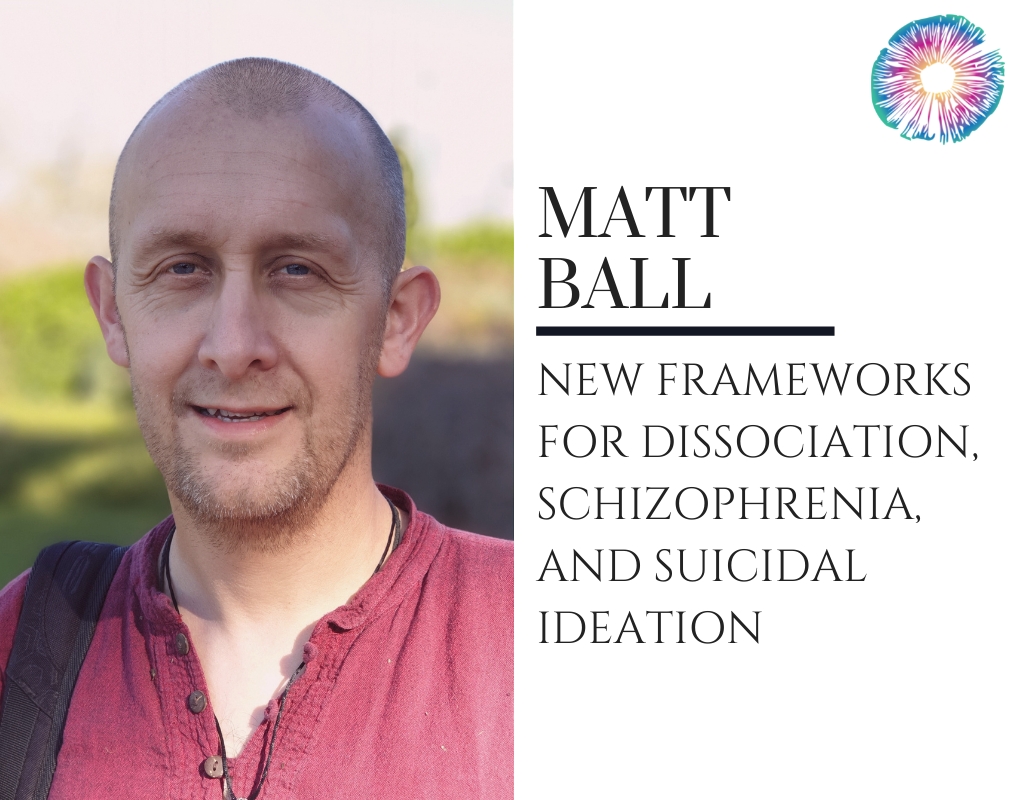 He tells the story of his first experience with psychosis and his eventual diagnosis of schizophrenia, followed by the realization years later as to what he may have been trying to express through that break. He digs into different frameworks for considering what the mind is doing when it dissociates or when suicide feels like the right decision, and what we can learn from the stories of people going through such tribulations. Through his Just Listening community, he is exploring the idea of facilitating environments where people can feel safe enough to not have to resort to these extreme states.

He also discusses his concepts of “dissociadelic” and “dissociachotic,” the Power Threat Meaning Framework, targeted individuals, the Hearing Voices movement, his Suicide Narrative approach, how schizophrenia has never been clearly defined, how the DSM isn’t based on science, how spiritual experiences and receiving messages are celebrated in psychedelic experience but considered a disorder in mental health, and how dissociation happens regularly in our daily lives.

“A lot of the story around suicide is how we have to get rid of people’s experience of considering ending their own life, and my interest is in about understanding the meaningful human narratives that manifest in the experience of feeling like we need to escape this life. And so that leads into this idea of mind manifesting realities, which is of course, so central to psychedelics.”

“When we say, ‘You have a chemical imbalance which is depression,’ that’s a bit like saying, as I’m talking to you, I have a chemical imbalance because I’m a little bit nervous, [and] I’ve got a lot of points to make so the energy in my body has gone up. Well there’s a change in chemicals, right? But I don’t need bloody medication for it, I need to be able to be in relationship with you about it.”

“The problem with complex PTSD is the D at the end of PTSD. ‘It’s a disorder.’ Well, it’s not a disorder to respond to threats in the way you’re responding to them. That’s normal.”

The Doors of Perception and Heaven and Hell, by Aldous Huxley

Cracked: The Unhappy Truth about Psychiatry, by James Davies

The Divided Self: An Existential Study in Sanity and Madness, by R. D. Laing 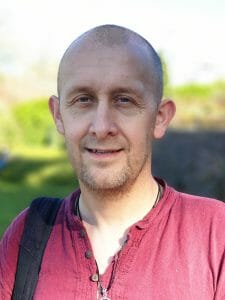 Matt Ball is a mental health nurse practitioner, psychotherapist, and founder of the Humane Clinic in Adelaide, Australia. He was previously awarded Australian Mental Health Nurse of the Year and has authored the Dissociachotic framework and Suicide Narratives approach. He is leading the rollout of Just Listening Community, the first community volunteer-led emergency department alternative for people in emotional distress.

Matt previously led the training of 250 staff in the Maastricht approach to hearing voices in the public mental health system in South Australia. He was also a co-convener of ReAwaken Australia and released a single series ReAwaken podcast through Humane Clinic.

Matt continues to pursue the reality of a mental health system that does not medicalize human distress. He is committed to understanding common human experiences as best being approached by seeking to provide justice to the story of any individual through deep and intentional listening and human connection.