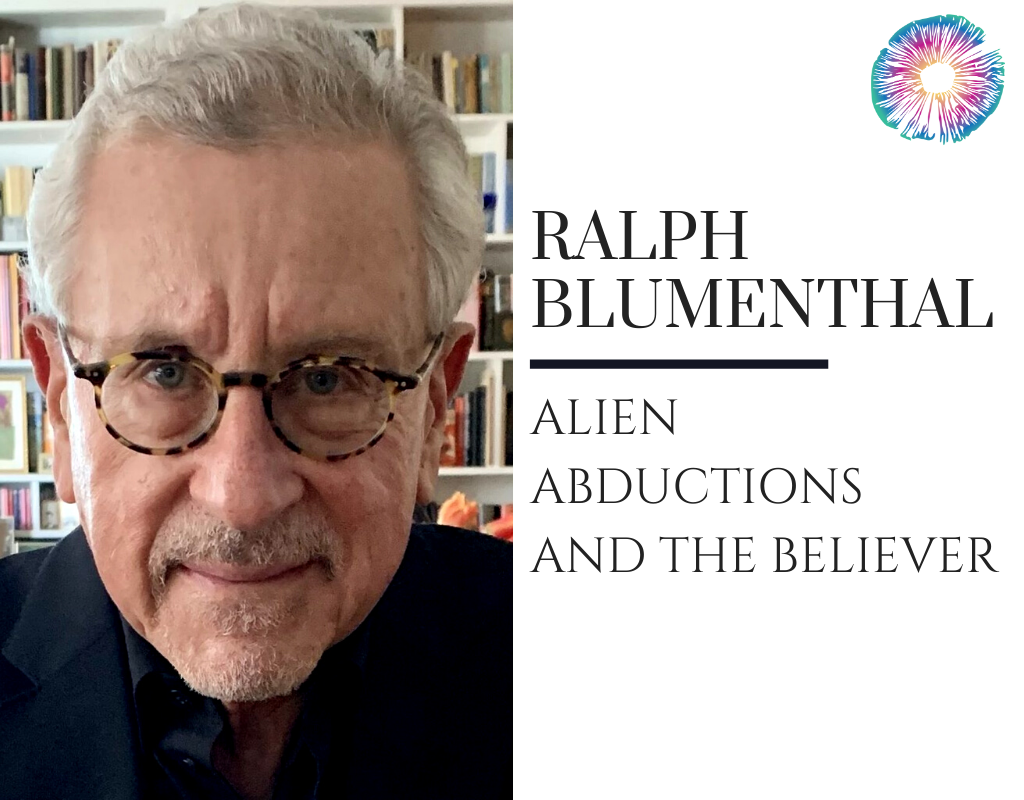 In this episode, Michelle and Joe interview Ralph Blumenthal, 45-year New York Times contributor and author of The Believer: Alien Encounters, Hard Science, and the Passion of John Mack (which inspired one of our more popular recent blogs, and you can win a copy of!).

In this episode, Michelle and Joe interview Ralph Blumenthal, 45-year New York Times contributor and author of The Believer: Alien Encounters, Hard Science, and the Passion of John Mack (which inspired one of our more popular recent blogs, and you can win a copy of!).

They talk about John Mack: legendary Harvard professor who did breathwork with Stan Grof at Esalen and became interested in the mystery of alien abduction, which led him to write 2 bestselling books, appear on Oprah (who is probably an alien*), become a pioneer in the world of alien abductions, and die while immersed in afterlife studies, only to reportedly visit friends later on. Mack’s notoriety came from trusting the stories he was hearing, trying to help people make sense of it all, and taking a big interest in how these experiences seemed to transform so many of the abductees. Sounds a lot like powerful psychedelic experiences and integration work leading towards growth, doesn’t it?

So sit back, pause that X-Files episode, light one up on this high holiday, and get really deep into the world of aliens. Learn about the government’s secret Advanced Aerospace Threat Identification Program, the Ariel school incident, Avi Loeb’s Oumuamua theory, out-of-body experiences, shapeshifters, and more! Ponder how Blumenthal “accidentally” leaves questions unanswered about the government experimenting with DMT as a way of communicating with aliens. Contemplate why the government is suddenly so forthcoming with UFO data. Think about how today is 420 and this is episode 240…

The truth is out there, folks.

*This viewpoint is not that of Psychedelics Today, but merely of this high Show Notes writer.

On Mack doing breathwork with Stan Grof: “He was awakened to a different world, a spiritual world, a world of other realities than the one he was familiar with, and as I say in my book, he said, ‘Stan Grof opened up my psyche and the UFOs flew in.’”

“It’s no spoiler to say that my book does not provide the answer to the mystery of alien abduction, and I acknowledge that. I shed some light on it, perhaps, and what I like to say is that at least I’m comfortable saying that I know what it isn’t. It’s not mental illness, it’s not hoaxes (by and large), it’s not fabrication, it’s not the delusion of crowds. It’s something else. It’s something that is very real to a lot of people from different walks of life [and] different ages, and there really is no good explanation for what has happened to these people.”

“What do you say about the 2-year old children who tell these stories? You know, ‘Little man fly me up in the sky.’ ‘I go up in the sky.’ These 2-year-old kids: have they read UFO books? Are they influenced by UFO movies?”

The Believer: Alien Encounters, Hard Science, and the Passion of John Mack, by Ralph Blumenthal

NYtimes.com: 2 Navy Airmen and an Object That ‘Accelerated Like Nothing I’ve Ever Seen’

NYtimes.com: On the Trail of a Secret Pentagon U.F.O. Program

Cnet.com: Harvard’s Avi Loeb more sure than ever we were visited by alien spacecraft

Extraterrestrial: The First Sign of Intelligent Life Beyond Earth, by Avi Loeb

Dancing Naked in the Mind Field, by Kary Mullis 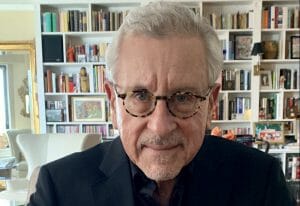 Ralph Blumenthal was a reporter for The New York Times from 1964 to 2009, and has written seven books based on investigative crime reporting and cultural history. His latest book The Believer: Alien Encounters, Hard Science, and the Passion of John Mack was published by High Road Books of the University of New Mexico Press on March 15, 2021. It’s the first biography of Pulitzer Prize-winning Harvard Psychiatrist John E. Mack (1929-2004) who risked an esteemed career to investigate stupefying accounts of human abductions by aliens. Vanity Fair excerpted the work-in-progress in 2013.