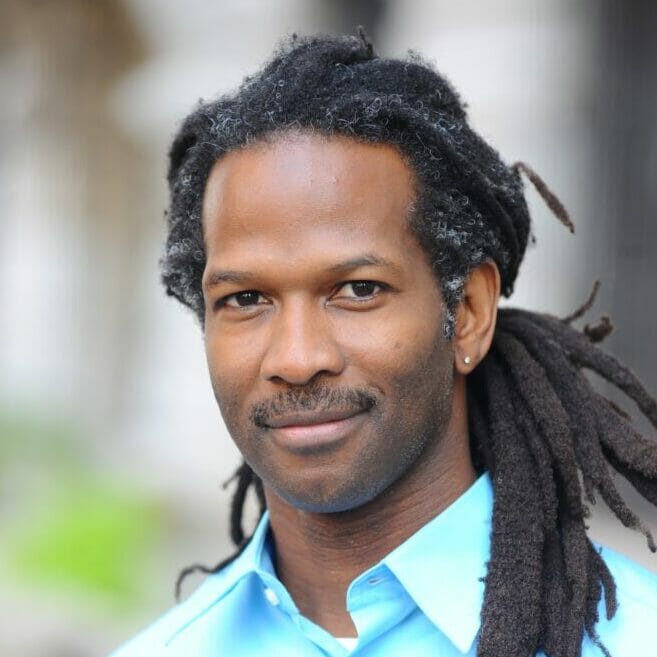 If you’re a regular listener of Psychedelics Today, you know how much Joe loved Dr. Carl Hart’s newest book and testament to responsible, out-of-the-closet drug use: Drug Use for Grown-Ups: Chasing Liberty in the Land of Fear. In this episode, Joe and Kyle get to sit down and talk with the man himself for nearly 2 hours. This one’s in the “can’t miss” department, folks.

If you’re a regular listener of Psychedelics Today, you know how much Joe loved Dr. Carl Hart’s newest book and testament to responsible, out-of-the-closet drug use: Drug Use for Grown-Ups: Chasing Liberty in the Land of Fear. In this episode, Joe and Kyle get to sit down and talk with the man himself for nearly 2 hours. This one’s in the “can’t miss” department, folks.

Hart’s main points echo many of ours: that the drug war is doing exactly what those in power created it for, that drug exceptionalism is wrong and only seeing one path towards progress is limiting, that our job is to use facts and logic to battle inaccuracies and people clearly pushing a false narrative, and that drugs can be fun and coming out of the closet about responsible drug use only opens up the dialogue more (and in the interest of that, this show notes writer is high right now).

They also discuss how scientists rationalize their work within the drug war, the frustrating inaction from drug policy organizations around coming out of the drug closet, opinion-makers and their relationship to the rest of society, what needs to be done to help Brazil, how decriminalization doesn’t stop problematic policy and police, the treatment industry’s misaligned focus on drugs over environment, incorrect assumptions about heroin, the importance of safe supplies and testing your drugs, and Hart’s desire to change “harm-reduction” to “health and happiness.”

“I’m always thinking that all I have to do is make this argument logically, and then people will fall in line. That’s naive as fuck, as I’m discovering. But that’s the world in which I live, and I love that world because I can’t live in an illogical world.”

“If the treatment provider is focused on the so-called drug of the person who’s having a problem …they’ve already lost.”

“High Price was a book that was kind of comfortable for progressives and conservatives as well- it’s an up-from-slavery book, you know? A poor, Black boy from the hood done well, ‘We feel good about ourselves and our society. See? It can happen to you!’ kind of story. Whereas this book is like, ‘Fuck that. We want our rights.’”

“The way they portray heroin in the movies sometimes, it’s upsetting because they portray it like people are deadening their emotions and feelings. It’s like, no, shit, you take heroin to feel.”

“When politicians or whoever are out here saying that they care about the opioid crises and they’re not talking about drug-checking, you can stop listening to them because those people are idiots or they think you are an idiot, but in any case, there’s no reason to listen to those people.”

Nytimes.com: When Getting High Is a Hobby, Not a Habit

Dr. Carl L. Hart is the Ziff Professor of Psychology in the Departments of Psychology and Psychiatry at Columbia University. He is also a Research Scientist at the New York State Psychiatric Institute. Professor Hart has published numerous scientific and popular articles in the area of neuropsychopharmacology and is co-author of the textbook, “Drugs, Society and Human Behavior” (with Charles Ksir). His book, High Price, was the 2014 winner of the PEN/E.O. Wilson Literary Science Writing Award.