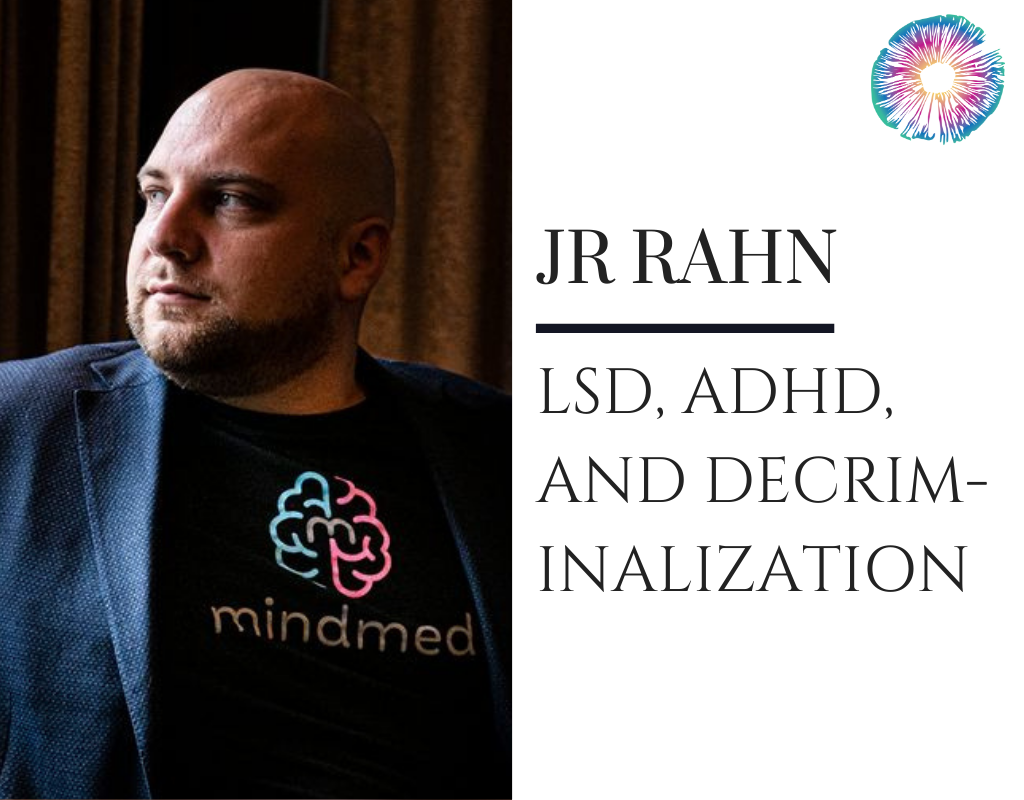 In this episode, Joe interviews the founder and CEO of MindMed, JR Rahn.

In this episode, Joe interviews the founder and CEO of MindMed, JR Rahn.

This one’s a bit different and plays out perhaps unsurprisingly, as Joe’s well-established talking points against the drug war and DEA, legalize-everything stance, and all-inclusive focus on the many branches of drug-use (medical/therapeutic use, religious use, celebration/partying, inner work and exploration, and creative problem-solving) meet a businessman whose life was saved by psychedelics and who doesn’t want to talk about the battle but instead wants to push forward, all-in on the method he thinks will get people in need the medicine that could save them the fastest: not putting so much effort towards state-by-state decriminalization and demonizing the DEA, but instead, working with them towards medicalization, and telling them what we want by passing measures that allocate more capital and resources towards infrastructure that will help people.

Rahn talks about what MindMed is working on: the first approved commercial drug trial studying the effects of microdosing LSD on adult ADHD, and their more long-term plan, developing a trip-neutralizing drug that would be a safer option than Xanax for ending a challenging trip and getting people back to stability. He also discusses the importance of scalability and lowering healthcare costs, changing anecdotal evidence into real science, and his life-saving (and cheaper) hope of patients being able to work with therapists in their homes rather than in expensive, anxiety-increasing medical environments.

“I think there’s that Forbes article where I was like, ‘Oh, I want nothing to do with the decrim people.’ I definitely said that, but that’s not really what I meant. What I meant was: if we’re going to make psychedelics into a medicine, and we’re going to make it scalable and accessible, I think we should be having a federal conversation about it, and to me, the most efficient pathway to do that is the FDA. And I’m concerned that we’re going to go through this process of state-by-state legalization that happened in the cannabis days and we’re going to get some pretty unsavory people involved in this community …and I’m just concerned that, if it happens in that manner, it becomes a political battle, and it doesn’t become: How do we help people? How do we get medicine to folks that are in need?”

“If we’re going to get people willing to healing themselves and get over the stigma, I think it’s important to have the feature of: ‘Look, we have the emergency stop button. Your therapist can press it if they need to when they feel that you’ve reached a point that is not good anymore.’ And I think that, ultimately (and we’ll have to study this), it might make the experience even more therapeutic. …They should be walking into a cocoon and we’re taking care of them. They should not be walking into [a room] or sitting on their couch, going, ‘Holy shit, am I going to die?’”

“I’d love to get to the point where we have destigmatized these substances enough in society that people value them for what they are, and I think we will be a much better society when we get to that point, but I don’t think we can do it all at once. People tried that- didn’t work. I would just hate to watch the potential for so many people that are actually suffering from mental health and addiction [to] not get access to this treatment because we went too fast.”

ADHD Nation: Children, Doctors, Big Pharma, and the Making of an American Epidemic, by Alan Schwarz

Drugabuse.gov: Benzodiazepines and Opioids (increased risk by combining them)

JR is a former Silicon Valley tech executive who realized that
transformational solutions to mental illness and addiction might lie in psychedelic medicines. He spent 2 years researching and began personally investing in psychedelic research through his investment company. JR partnered with drug development veteran Stephen Hurst to start MindMed in 2019, assembling a leading clinical drug discovery and development team with vast experience conducting clinical trials and research on drug candidates derived from psychedelics. Before starting MindMed, JR worked in market expansion and operations at Uber.