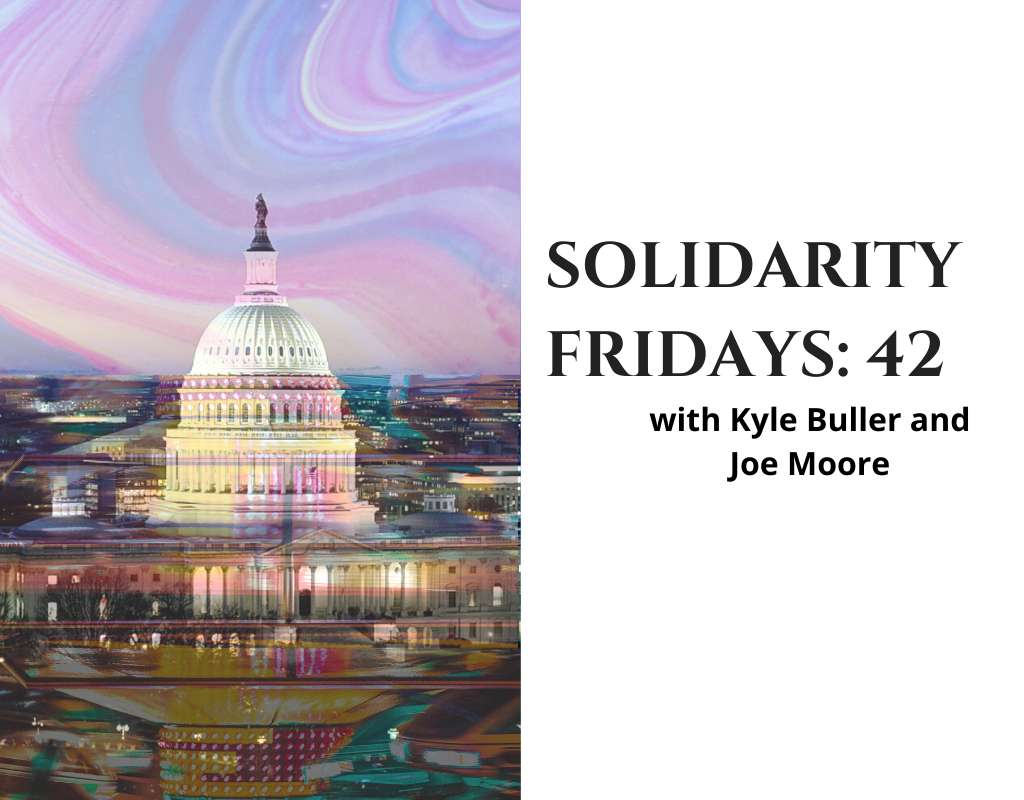 In today’s Solidarity Fridays episode, Kyle and Joe talk about last week’s incident at the US Capitol and point out that the most recognizable figure from the protest calls himself a shaman and promotes the use of psychedelics.

In today’s Solidarity Fridays episode, Kyle and Joe talk about last week’s incident at the US Capitol and point out that the most recognizable figure from the protest calls himself a shaman and promotes the use of psychedelics.

This leads to a discussion about how we in the psychedelic community like to believe that psychedelics lead to connection, self-actualization, and love, but they can also lead to crazy ideas, an openness to conspiracy theories, and other dark paths. They talk about how they both went down conspiracy rabbit holes for years, but ultimately came to the realization that while it was all interesting and aligned with their distrust of the government, they couldn’t prove any of the conspiracies they were spending so much time looking into, and even if they could, would that really better their lives or the community around them?

They talk about where we’ve arrived as a culture in terms of trust in the government and other authoritarian institutions, how we’re dealing with an unending stream of information constantly being thrown at us, how we decide what truth is, how people unintentionally project their own biases on others, how more people should read philosophy, how we’re merging with technology and not using our brains like we should be (like critically thinking), and how we need to practice digital hygiene and really reflect on what we’re getting out of our time with social media and the neverending cycle of news and opinions that surrounds us.

“[Pyschedelics have] definitely put a lot of interesting ideas and beliefs in my head from time to time, and I’ll sit there and entertain them, but I feel like, at times, psychedelics have really shown me that I really don’t know much about anything.” -Kyle

“The Tim Leary line- ‘Think for yourself and question authority.’ Totally. But, don’t just listen to what some maniacs are saying on the internet. Like, don’t believe what Kyle and I are saying. Verify. This is a cryptocurrency line- don’t trust, verify. …One of the great things that psychedelics have baked in is that they work. You can have MDMA or DMT or ayahuasca and you can come back and report back. It’s the substance interacting with the psyche and the body- nothing to do with what Kyle and Joe say, hopefully.” -Joe

“I hope everybody continues to do their thing [and] express however they want to express on the internet. But I think there is something about that [idea of] digital hygiene that we just should be aware of. Like, what are you consuming? And is it draining you? Is it motivating you? Is it inspiring you?” -Kyle

Scientificamerican.com: There’s No Good Evidence That Psychedelics Can Change Your Politics or Religion

The Mass Psychology of Fascism, by Wilhelm Reich

Deep Work: Rules for Focused Success in a Distracted World, by Cal Newport

Program or Be Programmed: Ten Commands for a Digital Age, by Douglas Rushkoff

The Smell of Rain on Dust: Grief and Praise, by Martín Prechtel