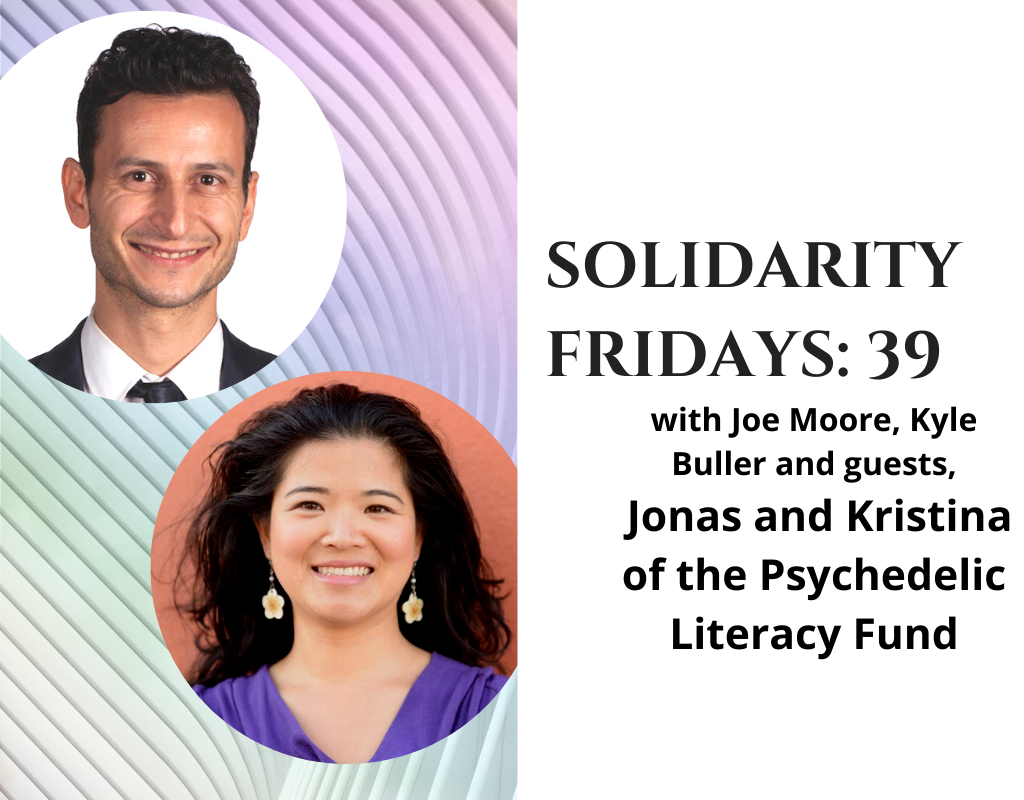 PTSF 39 (with Jonas and Kristina of the Psychedelic Literacy Fund)

In today’s Christmas episode of Solidarity Friday, Kyle and Joe take a break from the news and instead sit down with Jonas Di Gregorio and Kristina Soriano of the Psychedelic Literacy Fund, a donor-advised fund working to raise money and co-finance the translation and publication of the most important books on psychedelic therapy into a variety of different languages.

In today’s Christmas episode of Solidarity Friday, Kyle and Joe take a break from the news and instead sit down with Jonas Di Gregorio and Kristina Soriano of the Psychedelic Literacy Fund, a donor-advised fund working to raise money and co-finance the translation and publication of the most important books on psychedelic therapy into a variety of different languages.

Their first project is both volumes of Stan Grof’s The Way of the Psychonaut, which they hope to have translated into German, French, and Italian by July (for Grof’s 90th birthday), and they have started a list of future projects, with Christopher Bache’s LSD and the Mind of The Universe likely next. They talk about early interactions with Rick Doblin, why they went with a donor-advised fund rather than a crowdfunding model, the synchronicities they saw at early steps in their path, what Grof’s work has meant to them, and a possible future goal of setting up a Grof museum in Prague. Kyle and Joe also share stories of their interactions with Grof and how his work (and how little he was being discussed) led to the beginnings of Psychedelics Today 4 years ago.

If you’re feeling some holiday generosity and want to help more people gain the knowledge Grof has brought to so many, please visit Psychedelicliteracy.org and make a donation (or volunteer translation services or suggest future projects).

Lastly, if you celebrate Christmas, Merry Christmas from Psychedelics Today!

“We have an inherently global mission. We’re an Italian and a Philippino living in America, trying to translate the work of a Czech psychiatrist.” -Kristina

“For me, it’s his capacity to really connect different fields, from quantum physics to psychiatry, [to the] history of religion- it’s really remarkable. The depth of his knowledge is so wide, and I think it can speak to so many people coming from different fields. I remember as a teenager, sharing the content of the books by Grof with friends that were studying physics and friends who were studying philosophy and friends who were studying psychology, and all of them could find something they could really appreciate.” -Jonas

“A book can be a harm reduction tool. …Just having a book at the right time can really help you integrate a difficult experience and change the course of your life. Definitely, this has been the case for me. I didn’t know anyone in my community at the time that could really guide me, and these books played that role.” -Jonas

“Especially now, there’s a lot of conversation about diversity- how to increase diversity in the psychedelic community. Maybe the way to do that is literally to speak their language.” -Jonas

LSD: Doorway to the Numinous: The Groundbreaking Psychedelic Research into Realms of the Human Unconscious, by Stanislav Grof

A Course in Miracles: Foundation for Inner Peace

The Six Pathways of Destiny, by Ralph Metzner

Oregonlive.com: One of the architects of Oregon’s bid to legalize psychedelic mushrooms, Sheri Eckert, has died 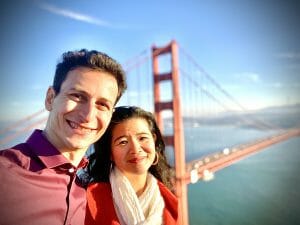 About Kristina and Jonas

Husband-and-wife team, Jonas Di Gregorio and Kristina Soriano, established the Psychedelic Literacy Fund: a donor-advised fund managed by Rudolf Steiner Foundation Social Finance in San Francisco. Their vision is to connect with other donors passionate about supporting the translation of books about psychedelic therapy in different languages.
Kristina Soriano holds a Masters Degree in Healthcare Administration from Trinity University.  A classically trained pianist, she is the patient relations manager at a boutique doctors office in San Francisco.  She also serves on the Board of Directors for the Women’s Visionary Congress.
Jonas Di Gregorio comes from an Italian family of publishers, Il Libraio Delle Stelle.  He holds a Bachelor’s Degree in Philosophy from La Sapienza University of Rome. He co-produced the documentary The Psychedelic Renaissance.