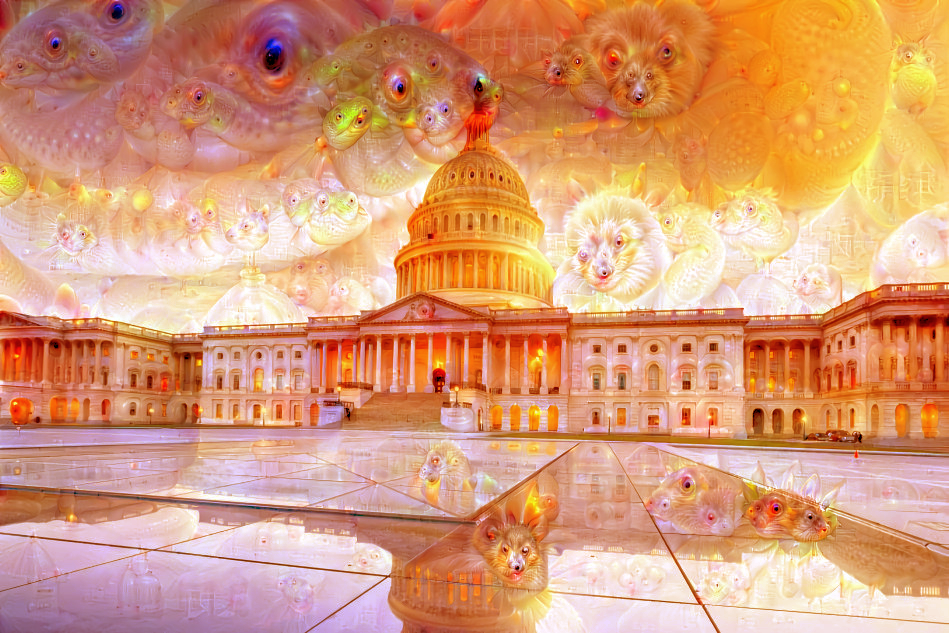 Wittingly or not, pharmaceutical companies are clearing the path to the next populist revolution in traditional psychoactive plant and fungi medicines. Although still on the horizon, reregulation is fait accompli. As decriminalization and rescheduling of plant and fungi medicines advances, the inability to drive product costs suitably down will fuel the existing black market. Illicit users exist and more will join their ranks as pharmaceutical companies create a customer base. While new understanding of these ancient medicines disseminates, the public will learn that plant and fungi medicine is significantly less expensive to forage or cultivate at home than clinics or pharmacies could ever offer.

Pharmaceutical Companies Are Protecting Their Interest with Patents, and the FDA Will Impose Limits on End-Users

Pharmaceutical companies are doing necessary and helpful work, leading the way with regulators. But their reign will not last. It is inevitable that a populist preference to procure psychedelics per penny will prevail. Profiteers have a problem: price.

Consider the effect on price caused by:

To recoup the tens-to-hundreds of millions of dollars invested in securing FDA approval and related patents, and then the expense of thereafter marketing their wares for a profit, the corporate owners of these future FDA-approved psychedelics are not acting out of principled charity or for the goodwill of all humankind. They are going to make their money, either in the pricing of the medicine or in the coupling of it to clinical services. At least in the early years, as the owners of these patents and FDA approvals try best to figure out how to market their products, it seems the inevitable price per dose will be multi-hundred dollars. Even if the price gets down to tens of dollars, nature remains tough competition- nature’s price tag of “free” is a tough price to beat.

Pharmaceutical Companies Are Not the Problem— But They Are Its Origin

This not a rant against pharmaceutical companies, capitalism, or therapeutic services. It’s far from such, and each plays a necessary and vital role in this story. Without pharmaceutical company efforts, there would be no story. This is simply an observation that plant and fungi medicines are nothing more than unrefined nature, metaphorically and literally as cheap as dirt. With simplicity of that sort as competition, pharmaceutical companies are going to have a tough time keeping the genie in their “bottle of exclusivity.” This is not the circumstance where a retort of, “If you don’t like our prices, try to manufacture your own ibuprofen” ends the conversation. With psychoactive plants, if you do not like industrial prices, you can easily forage or home grow for pennies or free.

Here is the rub: future customers who may initially believe it acceptable to pay high prices for psilocybin or other natural therapeutic psychoactives will be the second group to bear resentment.

The people who cannot afford to partake are the first to be left out.

The western industrial medical model is unintentionally in the midst of creating a psychedelic privileged class. If you cannot afford FDA-approved medicine, you will be left out. And if you try to partake like the wealthy people who can pay Gwyneth Paltrow prices, you will be branded a criminal. The difference? Pay your “tithing” to a corporation, and you will be alright. Do not pay? Well, tough luck on you, felon.

Who dares tell those who can’t afford this ancient “new” medicine not to turn to alternative sources, after science and corporate America confirm these plants and fungi are effective and healthy? Who dares blame those who correctly observe that contemporary science confirmation and corporate blessings do not themselves literally turn something old into something new? The fact that a corporate board finally figured out how to squeeze a nickel, or a politician found courage through campaign donations is not going to wipe out thousands of years of well-documented natural medicines and their effects.

Shareholders telling the public not to access nature, while slapping nature’s bounty with big price tags, is not going to sit well. The public will not long tolerate pharmaceutical companies touting the “added value” their little tweaks, concentrates, or clever packaging and marketing may bring. The public will inevitably learn that science did not give us psychedelics. Rather, science, in the name of politics, merely confirmed what thousands of years of human history have already well documented. The use of certain psychoactive plants and fungi to treat anxiety and depression is no more a credit-worthy invention than Columbus accidentally running into North America, and like a continent, thousands of years of history were not waiting for a contemporary politician’s approval to justify its existence.

Resentment over artificial financial barriers will satiate itself in a black market and home cultivation. The more pharmaceutical companies raise awareness, insisting compounds like psilocybin treat depression and anxiety, the more the public will want affordable access. Profiteering pharmaceutical companies are making a case against their own long-term interests. As modern cannabis has taught us, much like every vegetable at the supermarket, product price is a race to the bottom, and the vendor with the lowest price wins. Mother Nature, with her pesky ability to self-generate, and with a price tag of “free,” poses eternal and tough competition.

State Legislatures Could Be the Solution (But Won’t)

As federally approved plant and fungi medicines make inroads, there will be market-driven increase in illicit use- illicit being “illegal,” only because our current laws deem it so. Knowing this, the logical thing would be for legislatures to act and get ahead of what will become a problem. Make no mistake, it is coming. But most legislatures are too frightened of change, and psychedelics, for too many, represent radical change.

The political familiar is not the noble lion. It is the chicken, and rather than face their fears (and in so doing, master them), legislatures opt to ignore and pretend it will all just go away. My home state of Arizona is such a place. Three times, the citizens of Arizona passed pro-marijuana laws by public initiative. This election, a successful citizen initiative made Arizona the 13th state to legalize recreational marijuana. Although invited multiple times to craft laws, Arizona’s legislature took no action, forcing the citizens to do so for themselves.

No one expects self-initiated reform from the federal government or from agencies like the FDA and DEA. One need only look to cannabis’ experiences these many decades. But one-by-one, citizens of certain states and cities are changing their local laws through a direct democratic process known as public initiative.

Public initiatives are citizen-initiated and citizen-driven proposals for new state laws or state constitutional amendments (sorry, there is no such thing as a federal public initiative). If enough citizen signatures are collected to qualify an initiative to be on the ballot, the initiative is added to the ballot and citizens vote on whether to adopt the initiative as new state or city law. For example, in November 2020, a few plant and fungi medicine citizen initiatives went to ballot, including Oregon’s psilocybin initiative, Measure 109, Arizona’s recreational cannabis initiative, Smart & Safe Arizona, and District of Columbia’s Initiative 81. All were successful- a historic first in U.S. history.

Even though state initiatives do not change federal law, changes in state law take off some pressure, reduce individual criminal entanglements, and allow for experimentation of policy reform. Plus, public initiatives garner the attention of other states and the federal government, thereby advancing the dialogue of reform.

Do Not Move a Mountain One Pebble at a Time

Although an initiative’s success at the ballot box is important, the progress it brings is slow, local, and piecemeal. There is a better way. Citizens can join forces and campaign with a uniform initiative that could be introduced simultaneously in multiple states and flip the country in one election.

As seen with cannabis, successful initiatives sometimes have a domino effect. There is every reason to believe that neighboring states will take notice. A well-regulated legal environment is apt to serve as the national model, and success invites imitation. Strong currents in law and politics favor uniform laws. They make commerce and predictability more reliable across jurisdictions. The unanimous adoption of the Uniform Commercial Code is emblematic.

Imagine the buying power of shared campaign costs across ten or more states. Imagine the impact on national public awareness with campaigns running simultaneously in multiple states, educating the public about plant and fungi medicine reform. Imagine the favorability a well-crafted initiative will receive, if citizens across the country know they are not alone in considering change. A multi-state public initiative can attract and focus investment dollars from every national (and local) group with a stake in serious drug policy reform. In lieu of small and local, perhaps a national campaign will attract national dollars and national support from national drug policy, mental health, civil liberty, and similar reform organizations.

Plant and fungi medicines have been part of global civilization for millennia. The more than 17 million citizens whom NIMH says suffer depression want a change. The millions in hospice filled with anxiety at the end of their lives want options to allow them to be more present and aware as they consciously live their final days. The 10 to 20 percent of U.S. veterans whom the U.S. Department of Veteran Affairs estimates suffer from PTSD deserve better treatment options. Or how about those afflicted with the impacts of the pandemic and forced isolation?

As results of the 2020 election suggest, there has never been a better time than now to push for impactful reform. A uniform initiative can succeed if it is thoughtful about cost and access, is patient-focused, is respectful of privacy, is driven by science, promotes responsible access and responsible use, and looks upon plant and fungi medicine as a health and spiritual issue instead of a criminal issue.

Remember there is no such thing as perfect law, and there is always someone ready to complain. Doomsayers can be placated with the inclusion of terms to address child safety, impaired driving, tax allocation, etc. A well-crafted uniform model plant and fungi medicine act can and should deal with the good and the bad upfront. A well-crafted uniform plant and fungi medicine initiative can curry favor amongst millions of citizens and be implemented in multiple states in a single election cycle. Swaths of the nation can tune in and turn on together, while implementing sound and measured policy that can start to erase the damage of the last 50 years of oppression and societal harms brought about by the Controlled Substances Act and the war on drugs.

Gary Michael Smith is an attorney, arbitrator and founding member of Phoenix-based Guidant Law Firm. He is also the author of Psychedelica Lex, the preeminent legal manual for individuals and organizations with a vested or growing interest in psychedelics and entheogens, as well as a founding director and current president of the Arizona Cannabis Bar Association, board member of the Arizona Cannabis Chamber of Commerce, and contributing author to Green Entrepreneur.