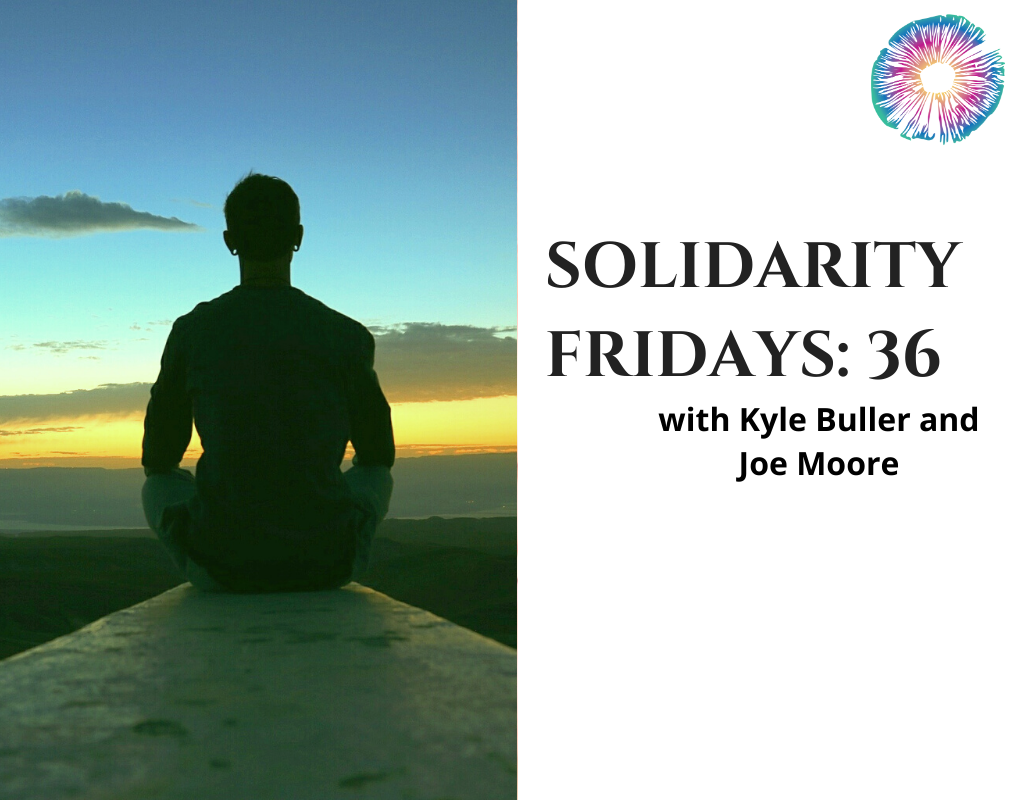 In today’s Solidarity Fridays episode, after a short and much-needed break, Kyle and Joe return, but don’t really touch on any news. This time, they have a very open conversation largely focused on philosophy and capitalism.

They dive into a lot of philosophical questions: are we reducing the mystical to the medical? Do we understand enough about spirit and somatic energies to measure them? How much are therapists and sitters interpreting mystical experience and assigning meaning to it for others vs. teaching people how to interpret it themselves? What makes a God? Is commodifying the sacred bad? And what makes something sacred other than it being significant? And the classic: What is good?

They also touch on Harvard School of World Religions’ year-long series on psychedelics and the future of religion, the Divine Command Theory, James Kent’s DoseNation podcast series, Charles Eisenstein and the concept of deflationary money, the billionaire pledge, triple bottom line thinking and other ways to incentivize employees to make businesses closer to co-ops, and why not all capitalism is bad. Lastly, Joe highly recommends Tom O’Neill and Dan Piepenbring’s book, CHAOS: Charles Manson, the CIA, and the Secret History of the Sixties, which touches on MKUltra, the Phoenix Program, how the government used Charles Manson, and how the drug war was a logical consequence of the paranoia of the U.S.S.R. and communism toppling the USA and capitalism.

“Coming from the somatic world, our bodies- I think, sometimes we dismiss that and maybe might call that a little ‘woo woo,’ but how is your body an actual instrument that can help you understand maybe what’s going on? It’s firing a bunch of signals all the time, right? Information is just coming in and we have to try to make sense of it. Is it an appropriate instrument to try to learn how to discern the information that’s coming in? Could we finely tune that?” -Kyle

“Being hubristic enough to say that ‘I have an answer’- that’s where I see the problem. Being willing to engage in conversation with people with a lot more experience with this kind of thing is probably where it’s at. Like, ok, let’s talk to 4-5 economists and see what their opinion is. Maybe talk to some professional ethicists to see what their opinion is. I don’t think anybody is going to have the answer, but by hearing all of those perspectives, we can learn more.” -Joe

Psymposia.com: “Lucy In The Sky With Nazis: Psychedelics and the Right Wing” by Brian Pace, PhD

The Myth of Mental Illness: Foundations of a Theory of Personal Conduct, by Thomas S. Szasz

The Giving Pledge turns 10: These billionaires pledged to give away half their wealth, but they soon ran into a problem

CHAOS: Charles Manson, the CIA, and the Secret History of the Sixties, by Tom O’Neill with Dan Piepenbring