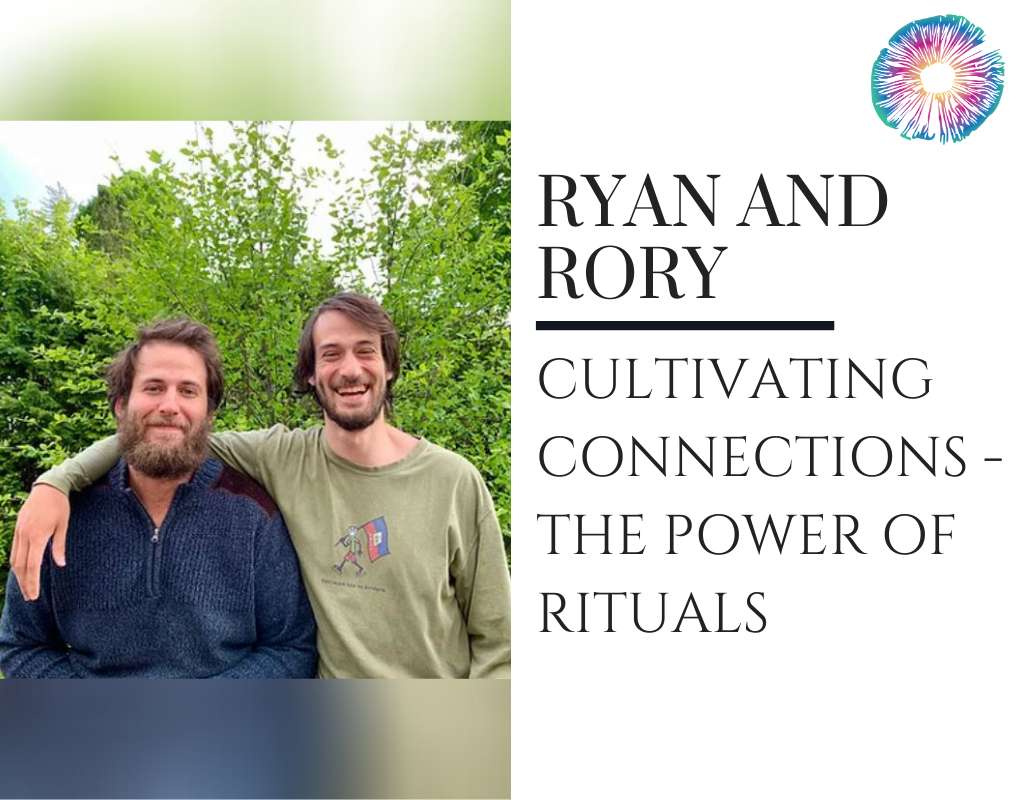 In this episode, Joe interviews Ryan and Rory of Cultivating Connections, a Vermont-based nonprofit and podcast dedicated to fostering deeper connections between themselves and the members of their ritual, as well as promoting the idea of intentioned rituals, answering questions and giving advice on creating your own ritual, and eventually, hosting larger group rituals.

They talk about how Ryan’s depression and Rory’s heroin and crack addiction (and eventual overdose) and experience with ayahuasca led them to realize that their biggest problem was disconnection, and through sharing a joint in the woods and talking openly, they realized they could help each other by continuing to embrace that connection with each other. They discuss the weekly ritual that blossomed from that: the different things they’ve tried, the specific details of what they do, and the big moments that made them believe that what they were doing was helping them grow and change.

While they admit that they wouldn’t be where they are today without psychedelics, psychedelics or other drugs (they use cannabis) are not necessary: ultimately, it’s the intention and dedicated practice that matters most. Being vulnerable, accepting yourself and others, opening up and sharing, remaining consistent and steadfast, trusting the process, and most importantly, embracing their fear is what has helped them the most. And the biggest thing they’ve learned is the power of staring into each member’s eyes for as long as possible, which has given them deeper connections than they thought they could have.

“You can say, ‘I want to experience something in a psychedelic experience. I want to face my fears.’ But what you say is not what you get. If you create a structure that you come to every week, where everyone has this unwritten, unspoken bond- that you know the intention is to get deeper into your psyche- into your unconscious, and confront the shit that you need to deal with, then every week you go there, you can’t avoid it.” -Ryan

“I’d say the most intense experiences of my life have been these weekly sessions the past 22 weeks. And it’s also been the most transformative time of my life. So I think there’s a lot to be said about the intensity of what you’re feeling and how you can use that. If it’s not in the right setting, it can become traumatic. But if you’re in a setting where you’re supported and you can grow with it, then it becomes a transformative experience.” -Ryan

Collective-evolution.com: Eye Gazing: Science Reveals How It Affects Our Communication

About Ryan and Rory 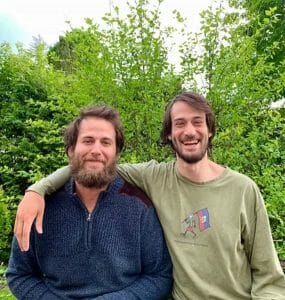 Ryan and Rory are two brothers from Vermont, that have struggled with mental illness and addiction most of their lives. With the help of plant medicines, they came to realize disconnection was at the core of their problems. They created Cultivating Connections as an attempt to try and foster deeper connections in every aspect of their lives. One of the ways they do this is with their podcast. Another way is with their weekly group ritual.