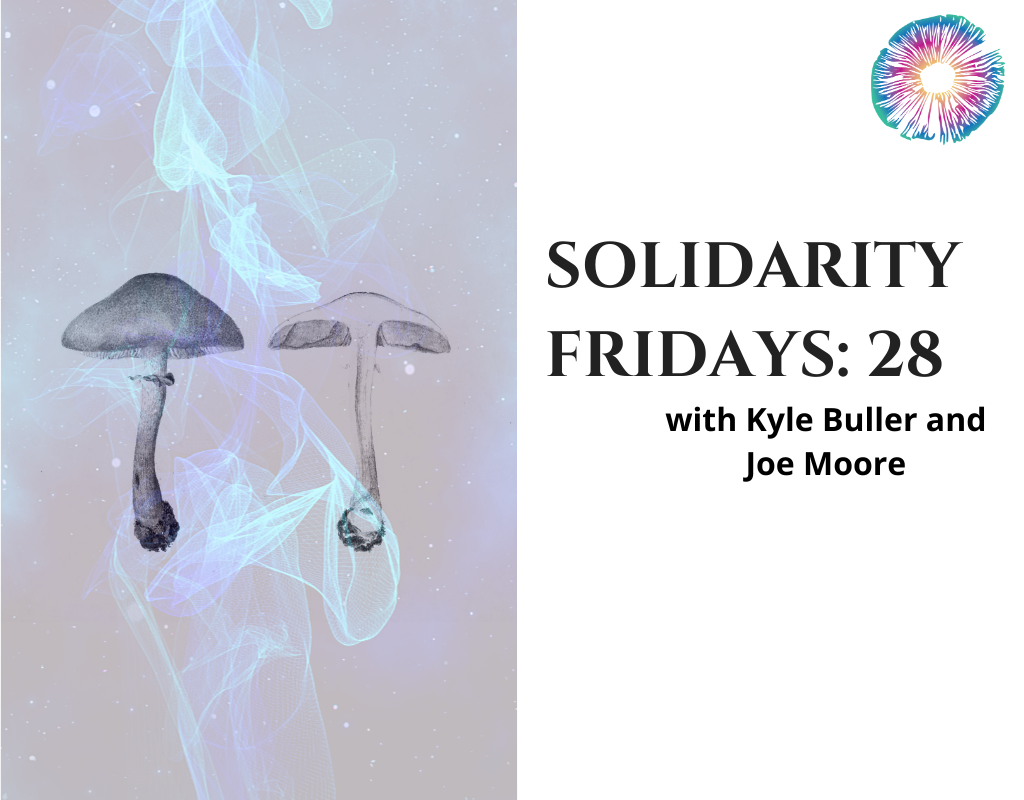 In today’s Solidarity Fridays episode, Joe and Kyle sit down and discuss several items in the news, including Mark Zuckerberg donating $500,000 towards Oregon’s Measure 110, national psychiatric associations coming out as in opposition to Oregon’s measure 109 due to concerns over medical treatment being determined via a ballot iniative, voters in Mississippi being able to vote on medical cannabis and voters in Arizona, Montana, South Dakota and New Jersey being able to vote on legalization measures (with polling data showing 65% of New Jersey voters likely in favor), Denver’s Kole Milner offially pleading guilty in his ongoing psilocybin investigation, a recent study looking into the effects of chronic THC exposure on the 5-HT2A receptors typically studied more with psychedelics and the question on if cannabis is psychedelic or not, the University of Toronto joining forces with Sansero Life Sciences to study the effects of microdosing and smaller doses of psilocybin, NYU Langone teaming up with MindMed to start a clinical training program focusing on psychedelics and psychedelic-assisted therapies (with the eventual goal of establishing a Center for Psychedelic Medicine at NYU Langone Health), and yet another psychedelic company going live on the stock market: Toronto-based Field Trip Health.

They also issue a correction/update on statements made last week about Oregon’s Measures 109 and 110, and talk about why the placebo effect isn’t studied more, and how drugs establishing themselves in your personal life story can influence their efficacy. And they discuss some of the positive, community-encouraging COVID-related changes they’ve seen in their local cities and wonder how many of them can stay when we eventually return to some sort of normalcy.

And they remind us that there is a new 15-week online course offering called An Introduction to Philosophy and Psychedelics with Lenny Gibson, which begins October 28th, as well as a new CEU and non-CEU Psychedelics in Psychiatry offering developed by “EntheoNurse” C.J. Spotswood. Imagination as Revelation, developed by Kyle and Johanna Hilla-Maria Sopanen, is also available, as well as Navigating Psychedelics and others.

“As we see things decriminalized, it’s not necessarily the case that you’re safe. You can still go to prison, and it’s not a nice place. So, be careful. Please be careful. I’m lucky enough to be blessed with extreme paranoia. Consider what a healthy level of paranoia is for your situation and what you’re up to, and err on the side of caution. The special saying is, ‘Only break one law at a time.’” -Joe

“What I’m really excited about is that in the next year or two, we’re going to have a lot more clinical data on this. Doctors will be a lot more comfortable with it, and this story will keep progressing in really interesting ways that I don’t really think we’re understanding how this is going to look in a couple years yet. Just how much 2020 has changed the movement, it’s going to be really intense over the next couple years.” -Joe

“I think if one thing that comes out of this is, as you say, forced creativity- we’re forced to make some of these changes, and what works, what doesn’t work? If things feel like they’re working in a different way, how do you keep that? Just thinking about coming back to the integration aspect of experiences- if something feels like that is moving in a new direction, how do you continue to follow that without needing to just snap back to what has worked in the past? Food for thought. …If things start to shift a little bit, could we continue that change, or do we keep feeding a system that feels broken or isn’t helpful in our own evolution?” -Kyle

“22 veteran suicides a day- can we cut that in half through decriminalization initiatives? I don’t think the answer is yes. So like, what are the alternatives? Pharma. Pharma at scale doing what capital does. It might not be pretty but it might be able to save a lot of lives. And the decrim people looking at that as an evil, it’s like, what’s more evil: that happening, or all those people killing themselves because of what your tax dollars had them do? …Your ideology might feel really pure but there might be a lot of subtext there that you’re missing.” -Joe

Yachatsnews.com: Oregon and national psychiatric associations come out in opposition to Measure 109 on Nov. 3 ballot

Psychedelicreview.com: THC and the 5-HT2A Receptor: What’s Going On?

Journal of Cannabis Research: Cannabis as entheogen: survey and interview data on the spiritual use of cannabis