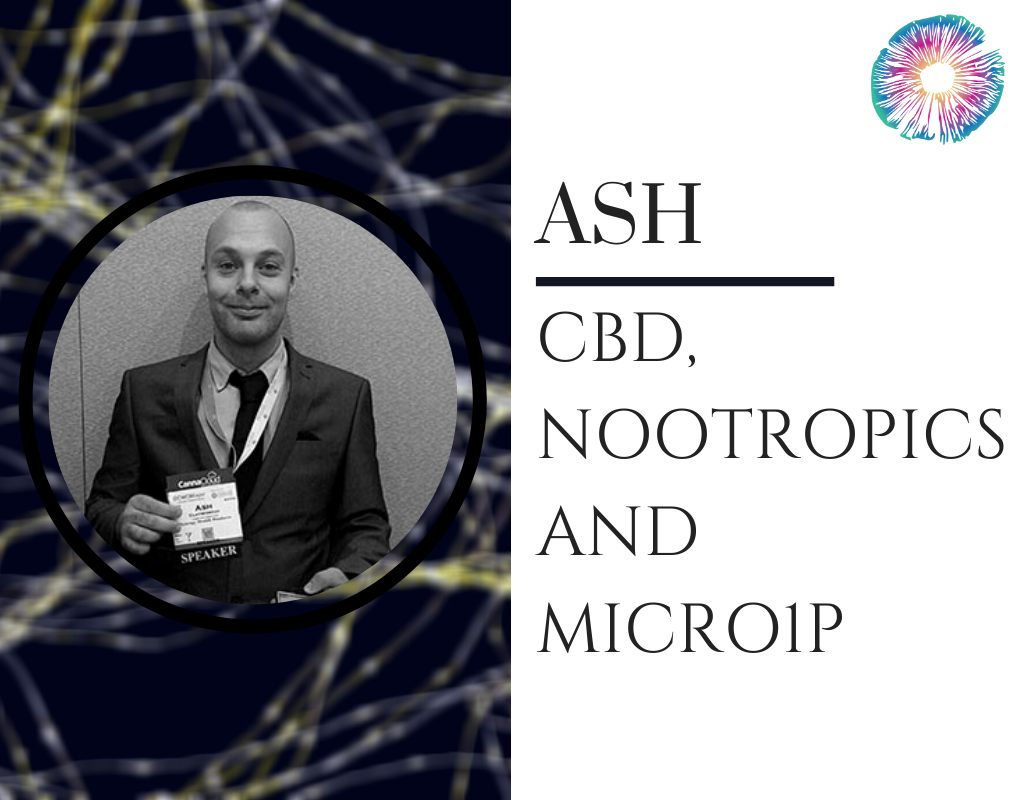 Ash talks about his path from trying San Pedro on a farm, to trying DMT and living on the road and in squats for years, to moving to Belgium from the UK, to finding his way into the world of CBD after a friend recommended it for his epileptic girlfriend at the time. When she went from 12 seizures a day to none within a month of starting regular CBD use, he started a CBD company to sell to consumers at much cheaper prices than had been established, as well as to provide CBD for researchers. He eventually moved to the Netherlands and started a nootropics company, which has started manufacturing Micro1p, the world’s first legal lysergamide microdosing product, which uses LSD’s active ingredient (available only through their website, and only to specified countries (the U.S. is not one of them)).

Among other things, they also discuss U.S. state law vs. federal law and the differences between U.S. policy and the UK, big corporations’ willingness to lock people up to ensure continued profits, the idea of DMT being used with VR, Daniel McQueen’s DMTX extended state DMT-infusion pump, UK harm-reduction group The Loop, his new CBD drink called Galaxy, how much he loved and came to partially fund the recent Dosed documentary, and nootropics and the idea of having a “health-span” instead of a lifespan.

“I feel that I want to change the world, and I feel that psychedelics are one of the many great ways of changing humanity for the better, and I’m going to do whatever it takes.”

On corporations funding opposition to alternative medicines: “It’s pretty demoralizing when these billion-dollar industries are just totally stopping it because it’s taking away from their potential profit. …They’re the biggest cartels in the world, really.”

“I think that the medical and spiritual things kind of actually intertwine. Things like anxiety and depression are crippling society. So many people have horrendous pressure on them from these high-stress lives. It’s exhausting just living- all the pressure from jobs and education. So there’s higher suicide rates [from] people suffering and being over medicated. I think with psychedelics, we can just reduce that massively. I’m not saying we can globally cure depression and anxiety and everyone’s going to be happy, but even if we reduced it by 5%- even by a percent, it would be a huge seismic change in people’s lives and their attitudes, and that kind of goes hand in hand with opening people up, which then brings people together. So by tackling those huge problems, it allows people to talk about their problems. …And we can actually start to bring people together.”

Synergy Trading (where Galaxy CBD drink will be released) 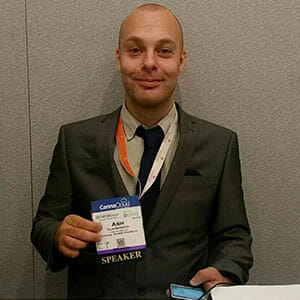 As an innovative business man with a history working in the CBD industry, Ash likes to get his hands on as many projects that he can handle. He has a firm belief that the products offered by Synergy Trading can help better humanity.