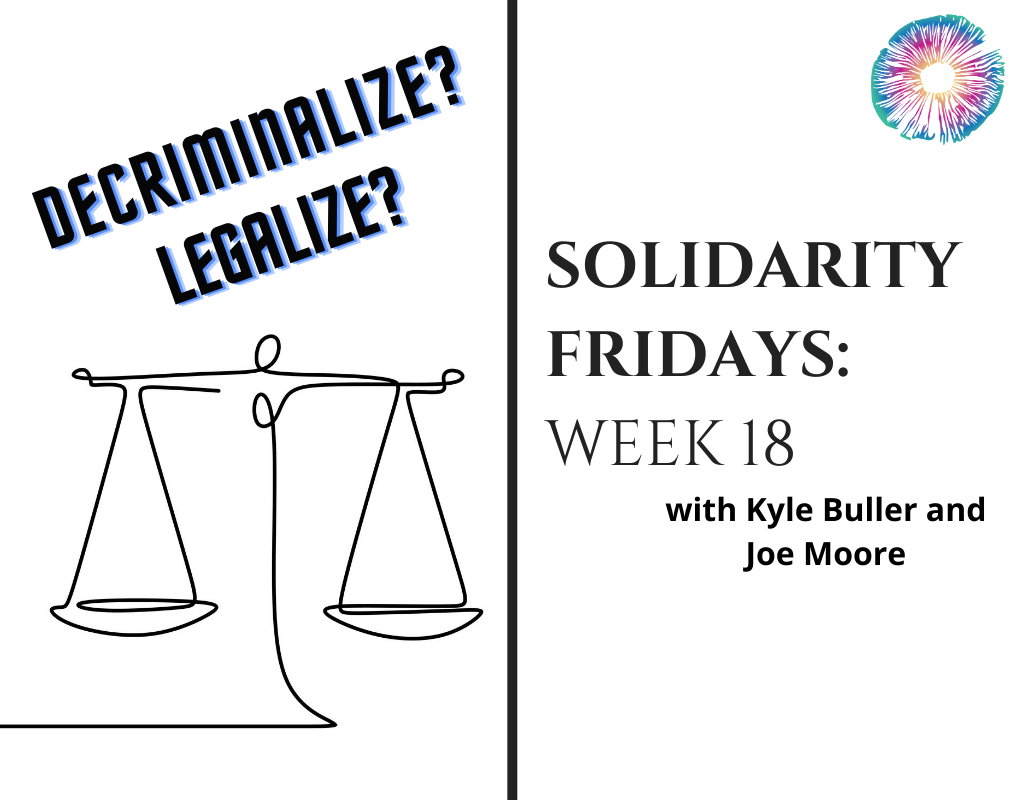 In today’s Solidarity Fridays episode, Joe and Kyle sit down to discuss recent topics in the news and analyze the ongoing debate of decriminalization vs. legalization.

They first discuss the story of LSD chemist William Leonard Pickard, who was released from prison on July 27th due mostly to his age, health status and risk for contracting Covid-19, and while it’s great that he’s out, how it changes nothing about the conspiracy surrounding his arrest (“Halperngate”) and the very questionable DEA claims of LSD availability decreasing by 95% after his imprisonment.

They then talk about Denver mushroom grower Kole Milner, who is facing up to 20 years in prison and a $1 million fine, and all the complications surrounding state or city legality vs. federal legality, and how anyone in this space should be extremely careful about what personal information they share publicly, regardless of any perceived legal safety.

This leads to a long discussion about decriminalization vs. legalization: the need for more conversation, what the model might look like for the US, what we can learn from Portugal, how Covid-related economic issues might influence things, the “my drug is better than your drug” issue with advertising, the problem with D.A.R.E.’s “scare you straight” model and the need for truth instead of manipulation, and how advertising and corporate profit incentives may come into play- does legality mean that companies will try to convince more people to use these powerful medicines irresponsibly?

“It’s a false dichotomy to just say ‘decriminalization vs. legalization.’ As we say, decriminalization doesn’t necessarily mean anything. It can mean something for a municipality or a county or a state but it doesn’t necessarily mean that’s the case for the feds. And as soon as you’re crossing state lines, that’s when they can be really into it. But realistically, the DEA seems to have plenty of power to do whatever they want.” -Joe

“I remember a few years ago, I started making this comment: ‘Oh cool, so you want it to stay illegal so you can have your heady, farm-to-table LSD. Cute, but that’s not really how it works and there’s plenty of people getting hurt as a result of not having these controls in place.’ …It just takes a couple high schoolers whipping up a shitty lab, or non-safety-oriented people just trying to make a quick buck to get a few people hurt. I want to be a libertarian, but I don’t necessarily trust people’s motives enough to fully be a libertarian. I feel like there needs to be incentive structures in place and regulation in place for a lot of things.” -Joe

“I remember them threatening us: ‘If you do this, we will come and arrest you.’ Like, whoa… What if you had somebody that was like, “Hey, psilocybin mushrooms- these were originally used in ceremonial contexts, they had these kinds of safety mechanisms built in place, and this is what’s going on, here are the risks and dangers, this is why you would want to do it in a situation like this, people are using it to find spiritual growth…” And I don’t know, is that more enticing to people? Like, “Oh. I’m really curious!” But at least when they would practice, hopefully, they’d be like, “Oh yea, remember, they told us to do it in this context” instead of being like “This is an illegal thing, we’re going to get arrested so let’s hide and do it in secrecy and not tell anybody about it because the police chief is going to kick down my door and arrest me and tell me I’m a bad person.” -Kyle

LSD Use Up 56% Since 2015, According To Study by University of Cincinnati

Man Accused of Selling Mushrooms Faces Up to Twenty Years 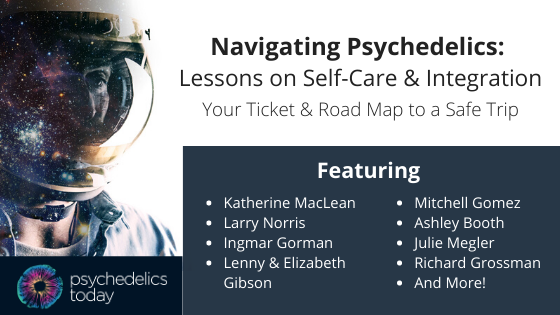