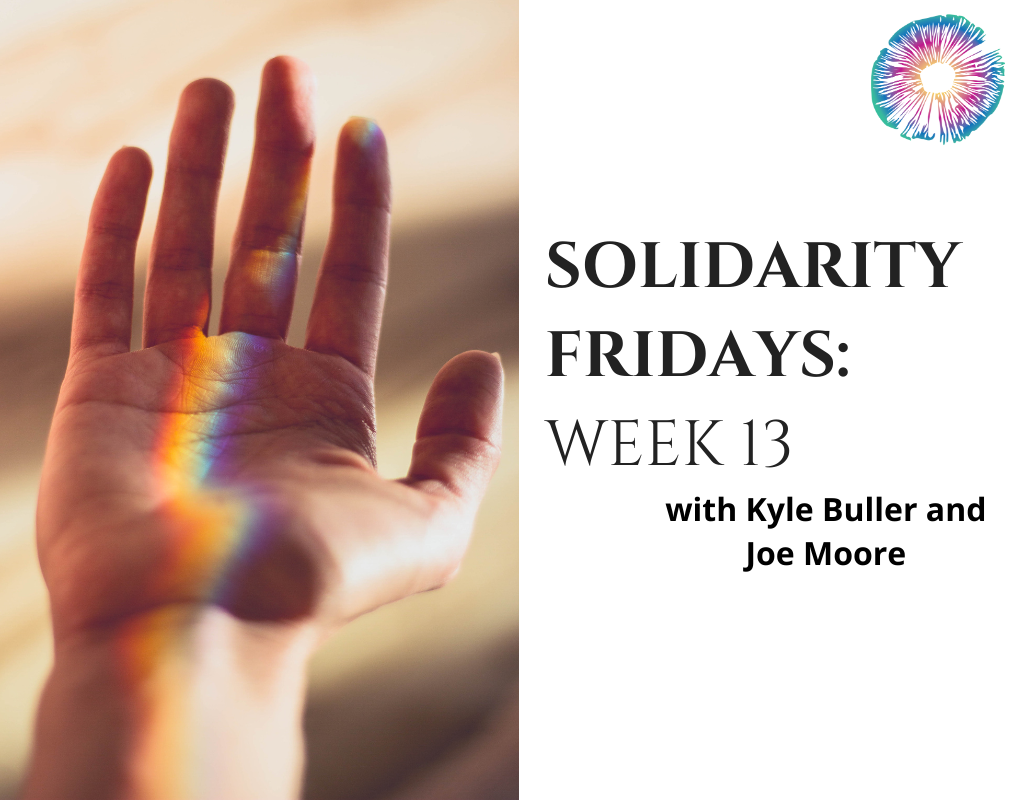 In today’s Solidarity Fridays episode, Joe and Kyle sit down to talk about topics in the news including Mindmed’s phase one research into DMT, the intricacies of intravenous or infusion-pump administration, the potential clinical application of DMT, and whether or not mainstream science is ready to handle some transpersonal phenomena like entity encounters that sometimes occur during DMT experiences. They also discuss the projections for the psychedelic drug market and the intentions of the companies entering this space, and a recent tweet from the Drug Policy Alliance discussing how the war on drugs is a tool of racial oppression.

They dive deep into the war on drugs and racial oppression by discussing how sentencing for crack-cocaine is much harsher than cocaine (while basically the same drug), how NYC’s “stop-and-frisk” program was essentially put in place to put people in jail for cannabis possession, and how Breonna Taylor never would have died if police weren’t looking for drugs. They discuss the tragedy of Elijah McClain and what purpose a lot of police activity really serves, while looking at the “protect ourselves first” fraternity mentality that a lot of these power organizations have and how difficult it can be for a good person to become a whistleblower in those situations.

They also talk about revisiting philosophy through Lenny Gibson and how beneficial it has been to explore that world as more mature people and see connections to psychology, as well as learning the limitations of scientific explanations when dealing with deep, transpersonal experiences.

Lastly, they mention their excitement in participating in the re-scheduled Philosophy of Psychedelics conference coming up next year in England.

“I stopped doing research on near-death experiences at some point, where I was just like, ‘I’m sick of reading about [how] these are just physiological reflexes and responses within the brain, maybe the lack of oxygen, or all the different neurochemistry that’s going on within the brain at the time of dying…’ There’s something so interesting about that experience, that no matter how much mechanistic information I have, there’s still something there that eats at me… kind of like this lore… the lore of beauty and life kind of unfolding. It’s oriented towards growth and beauty, and I guess that’s what some of these experiences have really taught me- and it is that lore to grow, evolve, and move towards something. And I think when I try to put some sort of biological explanation to it, it almost halts that and says ‘that experience doesn’t really mean that much.’” -Kyle

“Science has limited capacity to help people with meaning-making.” -Joe

“Do we have enough spiritual literacy? Do we have an inclusive enough cosmology to handle all of these cases? …Are psychologists willing to call in an exorcist of some kind? Or some sort of priest [who] can handle this kind of thing? …I tend to think shareholders might be a little creeped out if publicly traded companies are talking about spirits and entities. Are we ready for that?” -Joe

“What does it mean that you have to put somebody in prison for 10 years for a non-violent offense, as a cop? Like, you pulled someone over, you found some drugs in their car, and now they go to prison. And their life is essentially ruined. And you made the decision to become a police officer and uphold laws. Like, can you sit with that and be ok with that, as an individual? Why do you think drugs are so bad that locking another person up in a cage for years and years and years is ok? …[They say], ’because they have meth or fentanyl, they are the most dangerous people out there!’ What about the rapists and murderers? What about drunk drivers that could kill 20 kids in one night? Why are you spending time on drug offenses when there are rapists out there? There are tons of untested rape kids at all these police departments across the country.”- Joe

NeonMind Files Patent Application for Therapeutic Use of DMT

Jon Krakauer’s “Missoula: Rape and the Justice System in a College Town”