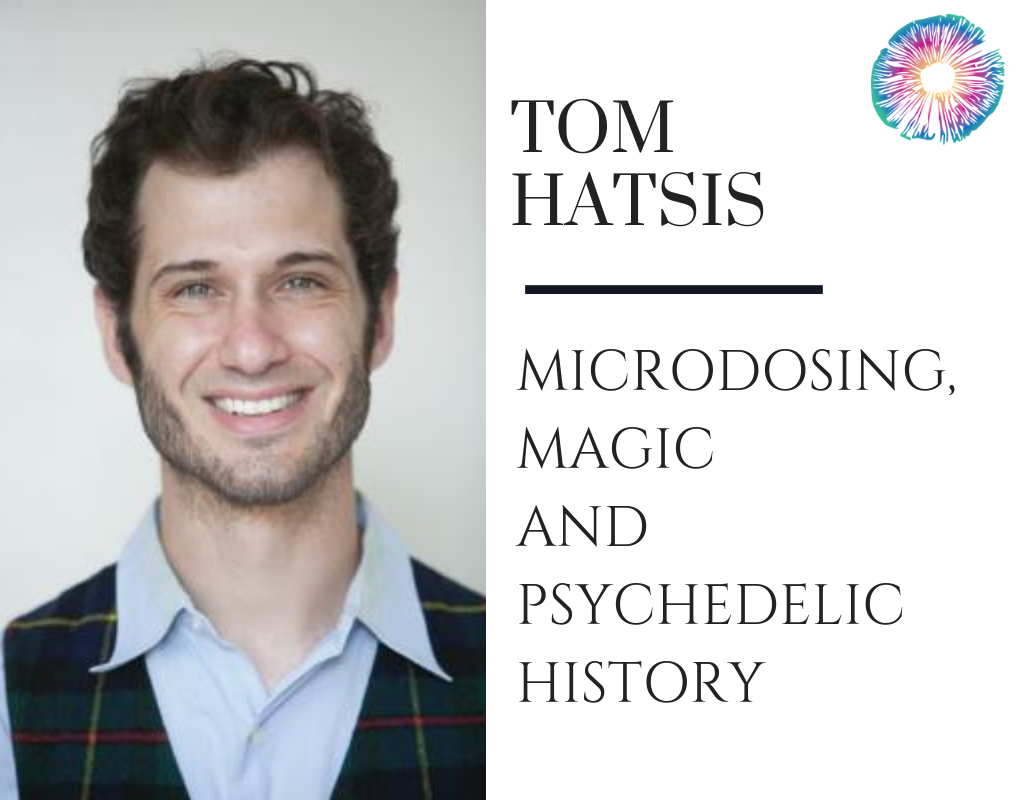 Tom Hatsis is an intellectual, occultist, psychedelic user and advocate from Portland, Oregon. In the show, Joe and Tom talk about his new book about microdosing. Joe prepares listeners about the controversial topic, magick, which is highly discussed in the show. Witch craft, western shamanism, old religion and magick are all mentioned during the conversation. Tom is a coordinator for Sanctum Psychedelica, a psychedelic club in Portland.

Tom’s Book – Microdosing Magic: A Psychedelic Spellbook
Tom thinks having a childlike wonder and being curious helped him write his book
He has written 4 books, 3 have been in psychedelic topics
Tom’s background – a part of the Roller derby background since 2005
His first book was called The Roller Derby: A Sensation that caused a Book, the Confessions of a Roller Derby Mascot.
Then he got into psychedelic history and wrote The Witch’s Ointment, Psychedelic Mystery Traditions and his newest book, Microdosing Magic.
Portland is a great place for the psychedelic renaissance

Tom said we should be using psychedelics in a magical way
Joe agrees saying when using psychedelics we should be flexible philosophically
Joe mentions the Robert Anton Wilson reality tunnels
We all have a B.S. (Belief System) and then reality tunnels are the marxist sunglasses and the capitalist sunglasses and feminist sunglasses, instead of having 40 glasses to see behind bias, we all have our own pair of shades
Microdosing is a tool that helps people become childlike, more genius

Microdosing Magic is a book of templates for people to fill in the blank to what works with them
Tom never tells people what to do with psychedelics, he is offering insight and techniques
Using his own techniques, him and his partner are about to win a guinness world record
“If microdosing is like a healthy diet and magic is like exercise, that’s great. But what happens when you put healthy diet with exercise? You have something far more powerful than those two things could have been by themselves. That’s how microdosing magic works.”
Magic = mind hacking, re-framing and neurogenesis

Tom talks about ‘The Four Gifts’ in his book
They make up the beginning of his personal magical system that he has cultivated over his lifetime
Carl Sagan quote, “The cosmos are within us, we are a way for the universe to know itself”
Tom agrees strongly with that saying, he thinks we are microdoses of that cosmic magic and from it, we’ve received 3 immaterial gifts, Intellect, Emotion and Will, however, due to our evolution in physical bodies, we’ve inherited a fourth gift, action
The magical system is about aligning your intellect, emotion and will, so that when we take action, we are acting in pure magic
Magic is super powerful, not something that happens at Disney World. It’s a very real thing that every individual is born with the ability to tap into
Orenda – the magic that you are born with
Microdosing Magic is Tom’s small contribution to bettering the world
Joe says there are so many people that practice subtle magic and don’t even know it; in catholic religion, in yoga practice
Tom has a friend who ‘doesn’t believe in magic’, who is a hardcore material reductionist, who has a ‘lucky hat’
Tom – “This isn’t for people with claws and fangs, magic is for anybody who recognizes their own power and wants to harness their power to make their lives and the world around them a better place”
Neurogenesis, better firing, and re-framing happens in a person’s brain after consuming Psilocybin, Lions Mane and Reishi
Tom says he was addicted to coffee, and after using Microdosing Magic, he hasn’t needed a cup of coffee on 8 months because of his new neural pathways
Joe jokes about overdosing on coffee for a few months on his coffee addiction
Tom jokes back that he’d just drink it out of the pot

Dr. George Land study – 98% of 5 year old scored in the creative genius category in the same test that 32 year-olds only scored 2%
The modern education system robs us of our creative genius that we all had when we were kids, but at no fault to the teachers. The education system, buys these education models that just don’t work
Tom – “You have to use the internet wisely and not foolishly, to educate yourself and not de-educate yourself”

Joe asks about the most interesting questions Tom has received on tour
Most people ask about dose sizes and safety questions
Tom explains that he gets nervous about certain questions because he isn’t a medical professional or a therapist
Tom “If you wouldn’t take a psychedelic dose, don’t start microdosing”

Tom has been microdosing on and off for over 20 years
“We didn’t call it microdosing, we called it being broke, we could only afford 1/8th of acid, so we split it up. We felt way more energy, I started writing way more songs, I couldn’t put my guitar down. It sparks that creativity”
Joe says it’s never been a better time for the psychedelic and microdosing renaissance
Cannabis is now legal in 13 states
FDA just approved mushrooms for PTSD in Canada
MDMA is in phase 3 testing
Tom says people in Silicon Valley, and believes people in Congress and DC are microdosing, they just can’t talk about it
He mentions a talk he just did in Salem, a very conservative place, and no one had any questions. And then after the talk, everybody came up to him privately and asked him their questions
Tim Leary made a joke on Liberals not wanting to ‘risk face’
Joe comments on Tom’s book saying it was playful, inspiring, and not threatening like some magic can be
Tom says we don’t have villages for support anymore, we have community which has replaced that
Sanctum Psychedelia’s main focus is community building
Tom uses an example of people going to Peru, taking ayahuasca, and because they don’t have that mystical framework, they come back to their regular lives and say “now what”? That’s why integration and community are so important
Tom says he’d love to see ayahuasca and ibogaine clinics with all the great results people have received from their heroine or cigarette addictions
Tom’s favorite presentation ever was Mark Haden’s blueprint on the future of psychedelics psychotherapy Mark Haden’s Presentation on Psycehdelics
Mark Haden Psychedelic Reneissance

Cannabis and the War on Drugs

Tom likes to buy his cannabis directly from his farmer, he prefers to not have the government interfere
He says Gene Simmons from KISS has been so anti cannabis and now all of a sudden is promoting cannabis
Joe brings in the drug war issue, or the issue of people being put in jail for nonviolent crimes (cannabis)
Tom brings in another issue, saying that if a person is charged for drugs at one point in time that later becomes legal, they aren’t allowed freedom because of the fact that they did the crime during the time where it was illegal
Racism and the war on drugs really bothers Tom

Amanita and the True History of Christian Psychedelic History 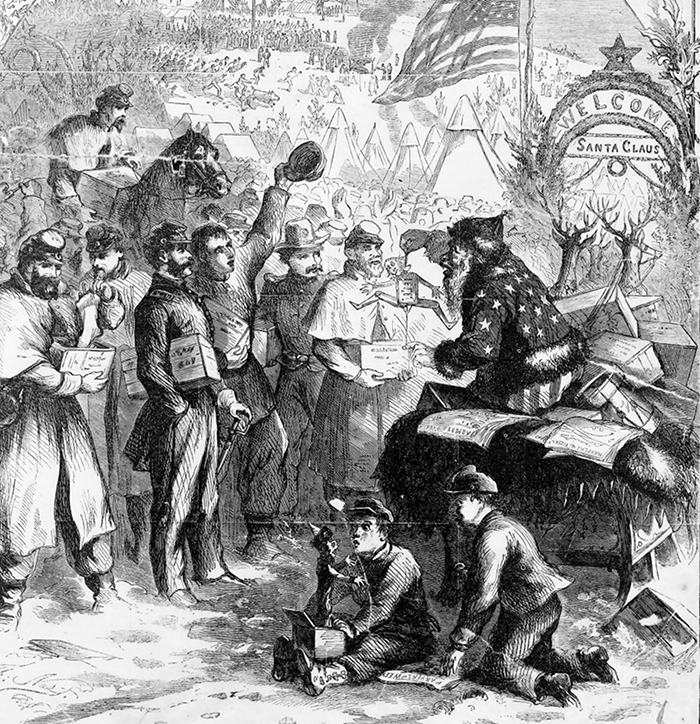 Source
He has debunked the Amanita Muscaria Santa Claus connection
Psychedelic Santa
Debate with John Rush
The Mushroom in Christian Art: The Identity of Jesus in the Development of Christianity
People say the Amanita Muscaria and Santa Claus outfit are the same colors, but Santa’s outfit comes from the American Flag
Carl Ruck
Dionysus in Thrace: Ancient Entheogenic Themes in the Mythology and Archeology of Northern Greece, Bulgaria and Turkey
Psychedelic Christianity – a scholarly debate
a scholarly debate pt. 2

Tom – “Psychedelics are an excellent way to change your mind and yourself”
Magic is a great way to create containers to frame difficult psychedelic experiences. It’s about putting new frames on your reality 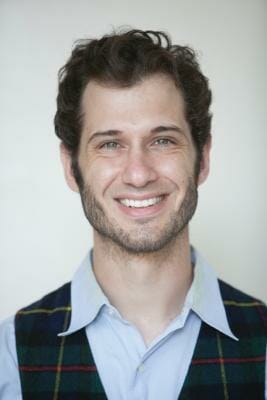