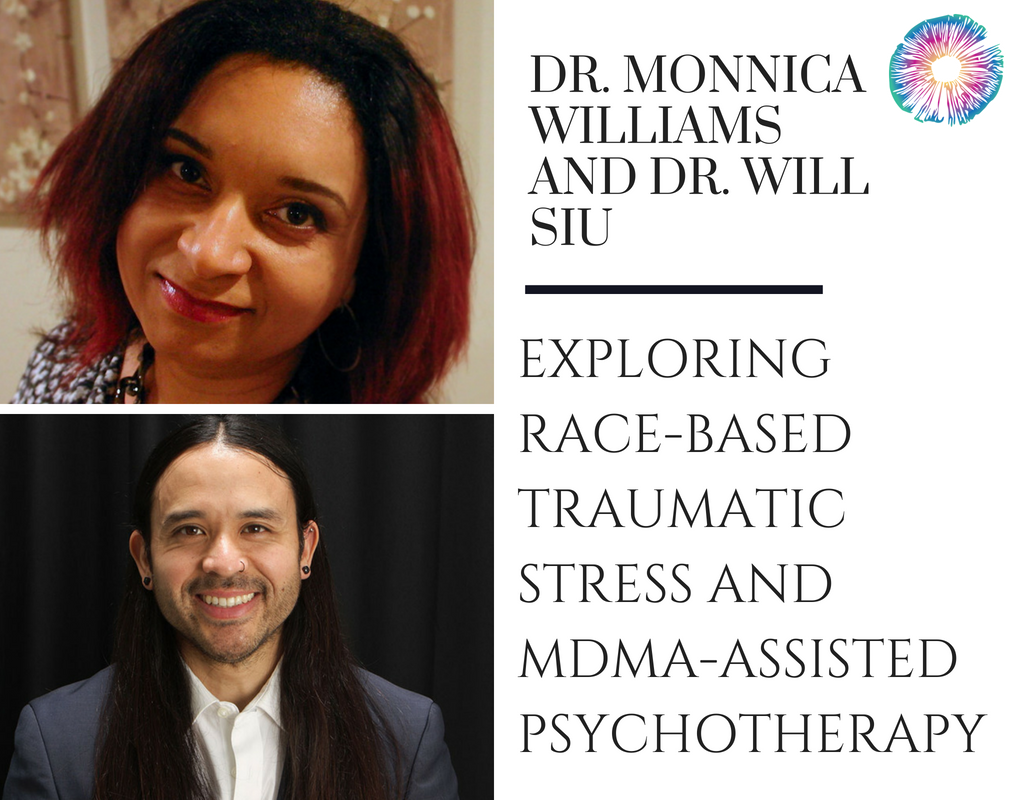 During this episode of Psychedelics Today, your hosts Joe Moore and Kyle Buller interview Dr. Monnica Williams from the University of Connecticut and Dr. Will Siu a psychiatrist in private practice based in Manhattan,  and a therapist on MAPS’s MDMA-assisted Psychotherapy for PTSD clinical trials at the University of Connecticut. They join us to discuss race-based trauma, people of color in psychedelics, and MDMA-assisted psychotherapy.

About Dr. Will Siu

The psychedelic community is a very, very white community – most people of color haven’t had an experience with psychedelics.

Ultimately, psychedelics and psychotherapy will be an accepted, licensed form of treatment. Monnica Williams, Ph.D. is a board-certified, licensed clinical psychologist, specializing in cognitive-behavioral therapies. She is an Associate Professor in the Department of Psychological Sciences at the University of Connecticut, and Director of the Laboratory for Culture and Mental Health Disparities. She is also the Clinical Director of the Behavioral Wellness Clinic, LLC in Mansfield, Connecticut, and she has founded clinics in Kentucky, Virginia, and Pennsylvania.

I grew up in southern California, where I completed college at UC Irvine and medical school at UCLA. Midway through medical school, I pursued research interests at the National Institutes of Health in Washington, DC and ultimately completed a doctoral degree at the University of Oxford. After finishing medical school I moved to Boston to complete my psychiatry residency at the Massachusetts General and McLean Hospitals, after which I continued to work for two years while faculty at Harvard Medical School. I moved to New York City in 2017 where in addition to having a private practice, I am a therapist on clinical trials using MDMA-assisted psychotherapy to treat PTSD.