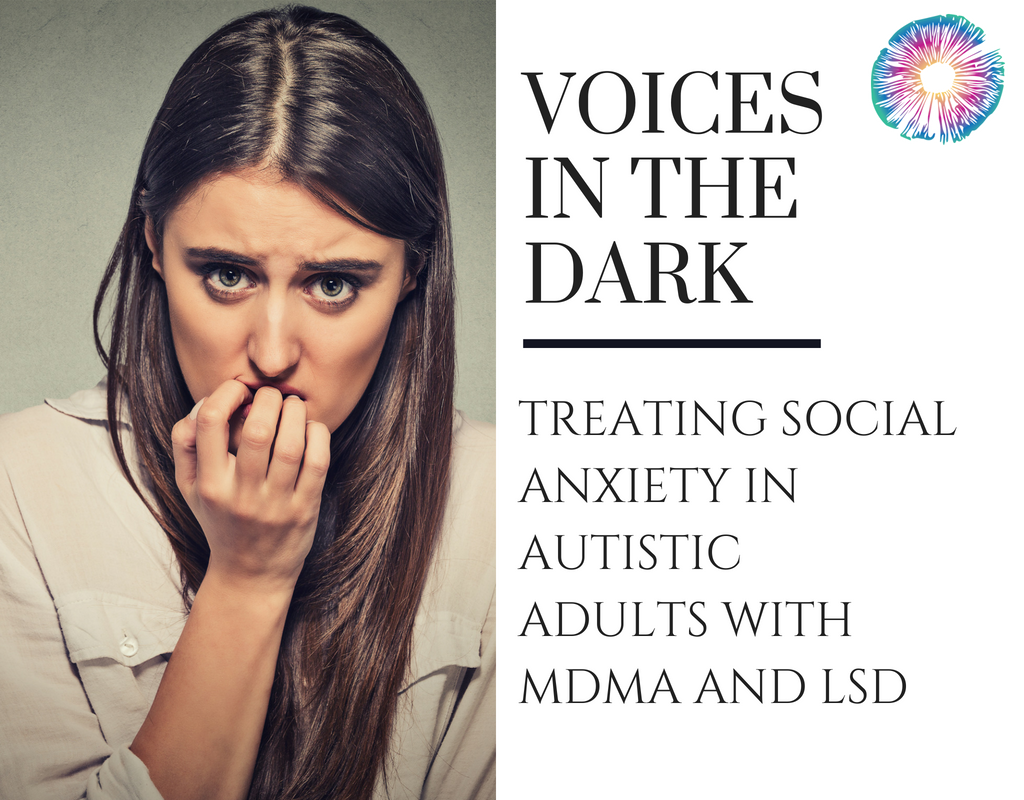 A few important notes. This is an episode of an individual experimenting with powerful drugs to see if he can get any sort of relief from autism. In this case, it appears to have been successful. That said, this came with a substantial amount of risks, and people need to be aware. Please read the below bullets so you understand.

Thanks to Alicia Danforth for helping us understand the nuance’s in this area.

..autism is a genetically determined cognitive variant. It’s pervasive, and it affects the whole person, not just the brain. No chemical compound has been shown to treat, cure, or alter the course of autism. However, for some people, substances like MDMA can help them manage symptoms such as anxiety, social anxiety, and trauma effects. – Alicia Danforth, Ph.D

Joe Moore and Kyle Buller interview Jon and Dre of the Voices in the Dark podcast out of England. The discussion addresses treating symptoms of autism with MDMA and LSD, what types of doses were used, and how to in part do it safely. Note there are always risks with any kind of drug. Learn the basics over at our Navigating Psychedelics course.

About Voices in the Dark

LEARNING HOW TO HUMAN

At Voices in the Dark, we bring you powerful, mind- and soul-expanding conversations about real life psychology, philosophy, psychedelics, spirituality, social dynamics and much more.

We’re a podcast, a blog, and a community of likeminded individuals who want to become the best versions of themselves. We’re dedicated to never stop Learning How To Human.

Our mission is to entertain, provoke, inform, and make you question everything you think you know. A disturbingly quick study in most fields, Dre’s autism made learning people more of a challenge. The works of Robert Greene shone a light on the otherwise deeply confusing world of other people’s psyches, transforming the world around him into something which finally made sense. After spending far too many years in educational institutions, Jon got a PhD in History but is now finally learning something about the real world and the people in it. He always felt that science and scholarship needed more dick jokes and is on a mission to redress that balance. He writes, talks, travels, sings, and has a problematic relationship with cake and coffee.

Get Your Free Preview!

Success! Now check your email to confirm your subscription and get your free download!