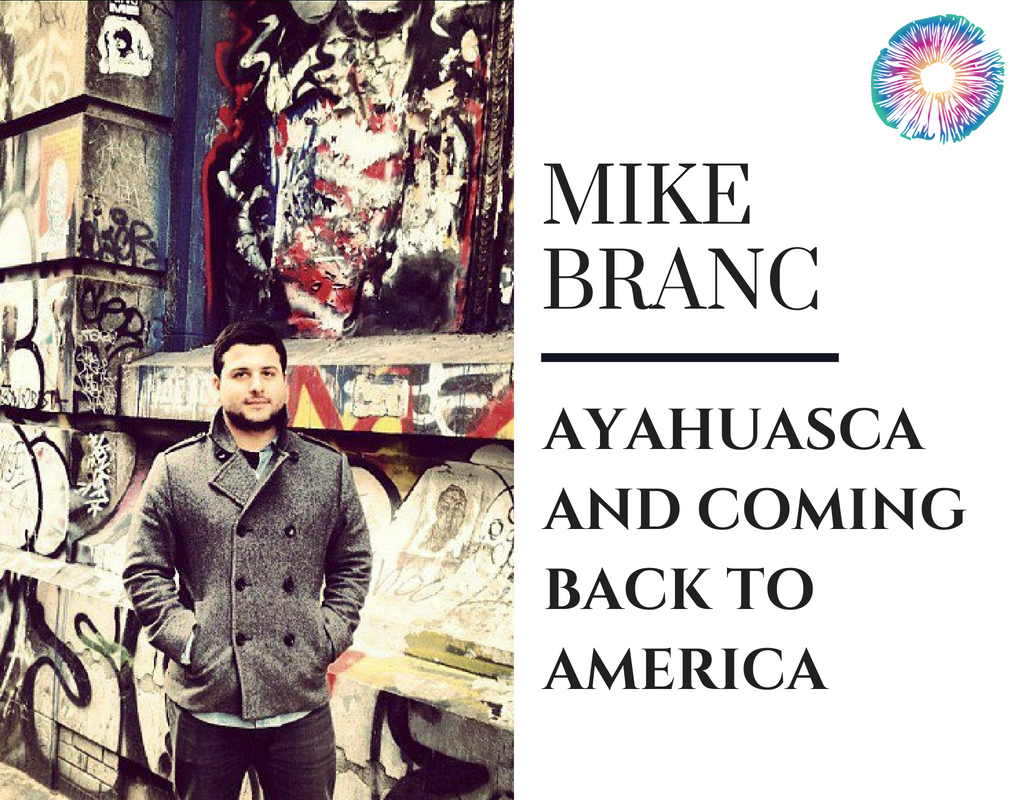 Download
In this 88th episode of Psychedelics Today, host Joe Moore interviews Mike Brancatelli of the Mikeadelic podcast. After returning from a three-month Amazonian ayahuasca sojourn, Mikeadelic himself shares information about this extraordinary experience, how he has gotten involved in psychedelics and his journey.

Show Notes:
● Mike Brancatelli spent his three-month trip in Peru at the Temple of the Way of Lights with their residency program in the heart of the Amazon jungle during an ayahuasca retreat.
● Mike was previously doing stand-up comedy in New York City with his friend Dave Smith called “Part of the Problem.”
● Mikeadelic the podcast began in the spring of 2016.
● Drinking ayahuasca will produce an effect on you, especially when coupled with ceremony and healing songs.
● During an intense healing ceremony, a song cut to the core of the collection of pain that Mike was experiencing, and it felt like he was being unclogged of this negative energy, and it came out in the form of a very vocal purge.
● He feels passionate about ending the war on drugs and the prison industrial complex.
● You can remain filled with passion and compassion without being emotionally attached. Sit with your feelings without letting them control how you respond.
● The information overload of media drowns your spirit.
● A morning routine with meditation is helpful to get centered and focused for the rest of the day.
● The Netflix TV series “Wild Wild Country” is a true story about a controversial cult leader claiming to enlighten people.
● “Enlightenment Now” is a book about the enlightenment philosophy “science, reason and humanism”. It is a contemporary take on that philosophy – you could call Pinker’s take a Modern Enlightenment philosophy. Steven Pinker wrote the book. Joe Moore, suggests it and found out about it from the Bill Gates’s.
● “The Internet of Money” Volume 1 and Volume 2 by Andreas M. Antonopoulos is another interesting read suggested by Joe Moore.
● Before ayahuasca use, listen to your heart to understand why you want to try it.

3 Key Points:
1. During an intense healing ceremony, a song cut to the core of the collection of pain that Mike was experiencing, and it felt like he was being unclogged of this negative energy, and it came out in the form of a very vocal purge.
2. It is incredibly brave to be willing to confront your stress and be willing to stare into your soul and slay your demons.
3. Remain passionate, compassionate, and acknowledge the problems in the world, but don’t stay emotionally attached to them. Become mindful of how you respond.