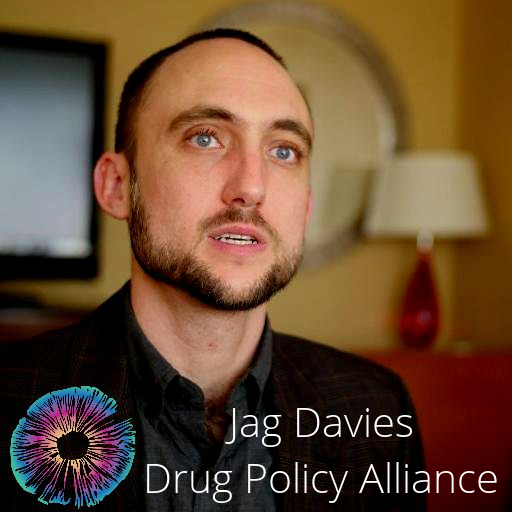 The MAPS Psychedelic Science 2017 conference was the largest psychedelic conference in history to date. It is an exciting time to be part of the movement and to get involved in the field. There is a push to legalize psychedelics for therapy and to recognize these substances as medicine. While the field needs the science and research to legitimize psychedelics as medicines to treat various disorders, but the change in status does not mean access for everyone. This is not to discourage the research or science, we acknowledge that it is important, but rather it is to help educate the public that the change in status does not mean psychedelics will be legal for recreational use.

There may be a misconception floating around that once MDMA or psilocybin becomes medicine there will be greater access. This is not entirely true according to Jag Davies. The criminalization of psychedelic substances will continue despite the health and clinical applications. Jag and the DPA strive to help move drug policy away from a criminalization approach and help to move it towards a more health-based approach.

In this episode, we talk with Jag Davies, Communication Strategy Director of the Drug Policy Alliance (DPA). Jag provides us with his insights about the current state of psychedelics, psychedelic research, and other drug laws. Jag also talks about his work with the DPA and what the DPA’s mission is. We discuss drug policy, advocacy, harm reduction, scheduling vs penalty, racism, and so much more.

One of the best things to do to get involved is to help spread the word about the healing potential of psychedelic medicines and substances. The policy around these substances are constantly changing and new issues are always arising. We talk a lot about privilege in this episode, and how being in a privileged position makes it easier to speak about experiences with psychedelics or other substances.

Another great way to get involved is connecting with the Drug Policy Alliance. There is a wonderful drug reform conference coming up and that is also a great way to get your foot in the door with this work.  The Reform Conference is happening in Atlanta, Georgia, from October 11th-14th. If you do not think you can attend, try applying for the scholarship, which ends June 9th.

The Drug Policy Alliance (DPA) is the nation’s leading organization promoting drug policies that are grounded in science, compassion, health and human rights.
Our supporters are individuals who believe the war on drugs is doing more harm than good. Together we advance policies that reduce the harms of both drug use and drug prohibition, and seek solutions that promote safety while upholding the sovereignty of individuals over their own minds and bodies. We work to ensure that our nation’s drug policies no longer arrest, incarcerate, disenfranchise and otherwise harm millions – particularly young people and people of color who are disproportionately affected by the war on drugs.

The Drug Policy Alliance envisions a just society in which the use and regulation of drugs are grounded in science, compassion, health and human rights, in which people are no longer punished for what they put into their own bodies but only for crimes committed against others, and in which the fears, prejudices and punitive prohibitions of today are no more.

Our mission is to advance those policies and attitudes that best reduce the harms of both drug use and drug prohibition, and to promote the sovereignty of individuals over their minds and bodies.

As director of communications strategy, Jag Davies works with communications, program, development and senior management staff to oversee production of all DPA publications and to facilitate best practices in the implementation of the organization’s messaging and brand identity.  Davies manages a team that includes DPA’s research coordinator and communications coordinator, as well as external consultant relationships with writers, designers, and multimedia content producers.

Davies also plays a key role in DPA’s media work.  He is regularly quoted in a wide range of media outlets and his writings have appeared in the New York Times, Washington Post, BBC.com, CNN.com, and dozens of regional and online publications.

Davies has more than a decade of professional experience working to establish drug policies grounded in science, compassion, health and human rights.  Before joining the organization, he served as director of communications for MAPS, a nonprofit pharmaceutical company conducting clinical trials aimed at developing marijuana and certain psychedelic drugs into federally-approved prescription medicines.  Davies also previously served as policy researcher for the American Civil Liberties Union (ACLU) Drug Law Reform Project (now known as the Criminal Law Reform Project), where he coordinated local, state, federal, and international efforts to end punitive drug policies that cause the widespread violation of constitutional and human rights.