Pickard discusses his prediction of the current fentanyl crisis (warnings which fell on deaf ears) and watching it all unfold and desecrate lives across the globe from behind bars on the televisions of the Tucson, Arizona Penitentiary he found himself in. With new and dangerously addictive substances like fentanyl being produced carelessly at staggering rates, he believes that it’s incredibly important that we be stronger than any substance, while cautiously asking: will there soon be a drug that is stronger than the will of man?

He talks about the unfair and ongoing sentence of Ross Ulbricht; the alchemy in drug manufacturing; the Fireside Project; what made LSD special; substance overuse and what he saw when volunteering in an ER; the inhumanity of prison and the coping mechanisms of prisoners (like making pets out of ants); 2C-B; NBOMe; LF-1; LSD (of course); and perhaps the most sultry devil of them all, caffeine. And he shares his stance on why it’s okay to be drug-free: how the natural and unaltered mind is the greatest gift of all, and how it’s actually a sign of great respect to the sacraments to finally put them down after you’ve received the message you needed to hear.

“I do think that it’s important to remember that these powerful drug experiences that people have had (psychedelics or otherwise) are not the end-all and be-all – not a religion in themselves but simply a place that points to a greater realization; a greater purity of life and practice. And in the end, you don’t need the drug. That’s one of the beauties of psychedelics, I think, is that they tend to be not only non-lethal (at least the classical hallucinogens: mescaline, LSD, largely psilocybin), but they also are self-extinguishing; that is to say, after a number of long nights of the soul, one may realize that one has learned everything that this particular sacrament can teach and it’s time to put it down. It’s not necessary to go chasing after analog after analog, after different drug experiences with hundreds, soon to be thousands of things available on the net. It’s not necessary to be continually stoned on a different analog every weekend. …It would be respectful for these particular sacraments to put them down and, in honor, say farewell, and simply go about a healthful life of caring, loving one’s friends and families, [and] doing good work in the world. It’s okay to be drug-free. And that’s one of the beautiful things that these particular compounds teach us.”

The Future of Fentanyl and other Synthetic Opioids, RAND Corporation, 2019

Thepsychedelicrenaissance.com: William Leonard Pickard: Imprisonment and Thoughts on the Future of Psychedelics

The Road to Reality: A Complete Guide to the Laws of the Universe, by Roger Penrose

The Rose of Paracelsus: On Secrets & Sacraments, by William Leonard Pickard

The Brotherhood of Eternal Love

Journal of Psychopharmacology: Psilocybin produces substantial and sustained decreases in depression and anxiety in patients with life-threatening cancer: A randomized double-blind trial 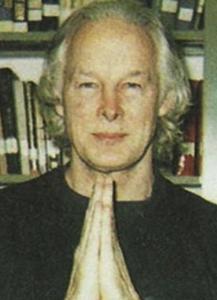 Alleged by United States federal agencies to have produced “90% of the world’s LSD,” William Leonard Pickard is a former drug policy fellow at Harvard’s Kennedy School of Government, a research associate in neurobiology at Harvard Medical School, and deputy director of the Drug Policy Analysis Program at the University of California, Los Angeles (UCLA). As a researcher at Harvard in the 1990s, Pickard warned of the dangers of a fentanyl epidemic, anticipating its deadly proliferation in the illicit drug trade decades before the current opioid crisis. Pickard’s predictions and recommendations for prevention have been acknowledged as prescient by organizations like the RAND Corporation. In 2000, Pickard was convicted of conspiring to manufacture and distribute a massive amount of LSD, and served 20 years of two life sentences, during which time he wrote his debut book, The Rose of Paracelsus: On Secrets and Sacraments, using pencil and paper. Pickard was granted compassionate release in 2020. Presently, he is a senior advisor for the biotechnology investment firm, JLS Fund, and the Fireside Project.